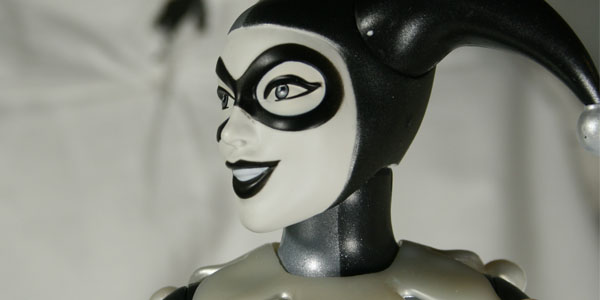 Harley Quinn kicks off JAKKS Pacific’s Amazon Exclusive Big Figure collection in 2017 and we have one for a first look!

This week JAKKS Pacific announced that throughout 2017 they will be releasing six Big Figs exclusive to Amazon, and Harley Quinn kicks off the line.

Calling all collectors – 2017 is just around the corner and we’re happy to announce the launch of the Amazon Exclusive BIG-FIGS Collector Program! Releasing a new figure each month, JAKKS Pacific will bring you high quality collectible 20-Inch scale figures straight from DC Comics – kicking it off with Harley Quinn!

This collectible line of figures show the World’s Greatest Super Heroes like you’ve never seen them before through the BIG-FIGS DC Originals Tribute Series; including Batman, Superman, Harley Quinn, and other iconic DC Comics heroes and villains.

See how each limited edition figure comes to life with highly-detailed and articulated design. This series was created just for collectors and comes in a gorgeous, display friendly storybook window box that features some of the most iconic scenes, memorable story lines, and epic battles of each character.

Six unique figures will be offered as part of the Tribute Series, exclusively sold on Amazon. Complete your collection by visiting each month as your favorite DC Originals characters become available.

The regular Big Figs have been part of the collectors world for the last few years. It was a niche that many people did not know they needed until the first Big Figs came out and they looked amazing. They recreated the look of the toys that made up many current collectors childhoods. A lot of 80’s kids have a soft spot for 5 POA figures, and the Big Figs fill that spot (with 7 POA’s). They look like the toys many people grew up with, and now there is a section of the line especially for those collectors. The figures come in window boxes that allow collectors to touch the figures without taking them out of the box. There are no plastic covers over the figures allowing them to be displayed in the box without that annoying glare. The box art alone is stunning, not only showing off the iconic look of the characters, but also giving a short bio, and a look at some of the most famous covers.

Inside sits the figure, and like the DC Black and White line, the characters look stunning and elegant in a metallic black and white paint scheme. The gray tones add to the overall look of the figure, highlighting the costume of Harley. Although the hot pants and tight tank top has been all over the media in the last year, her jester costume is the most iconic. Many of the Big Figs share parts, and this figure is no exception, but new tops to her shoes, her “bib”, and cuffs separate her from the other female figures. The head sculpt is the real star of the figure, with a little grin and a sculpted mask. The exclusive deco, the window box, and being exclusive will add to the the price tag, but is worth it for the Big Fig collectors. 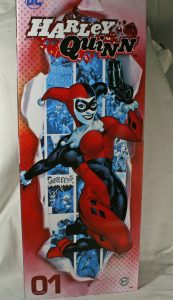 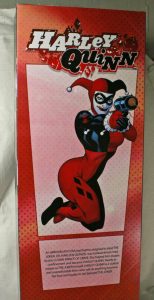 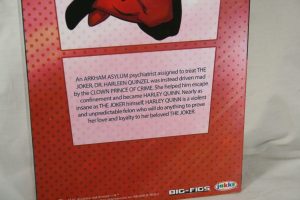 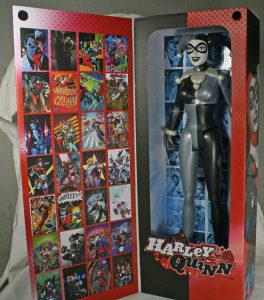 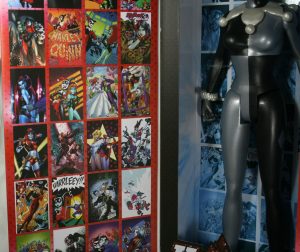 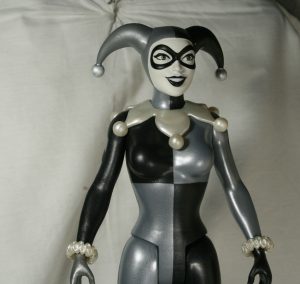 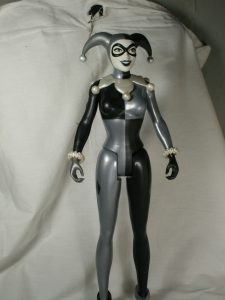 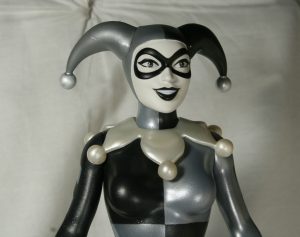 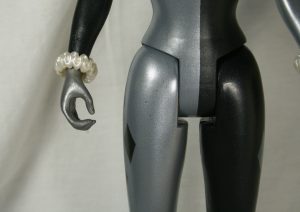 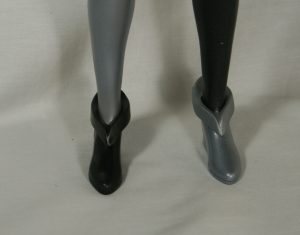 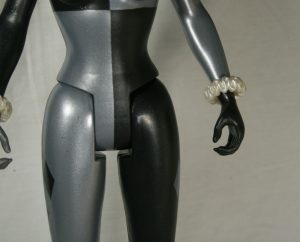 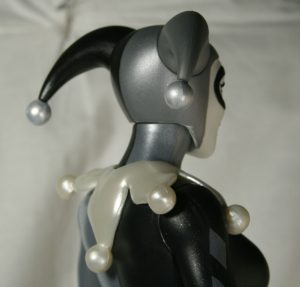 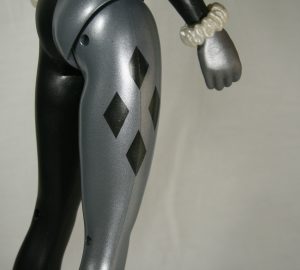 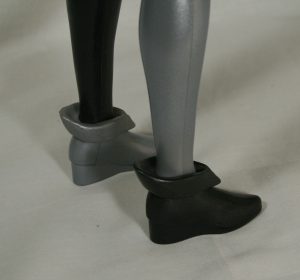 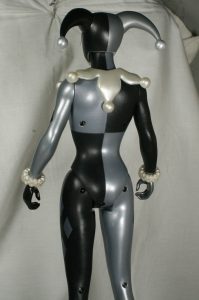 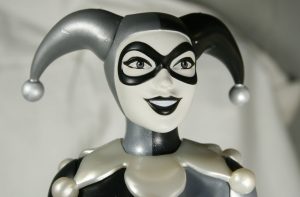 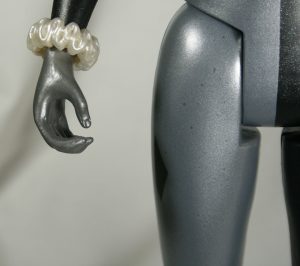 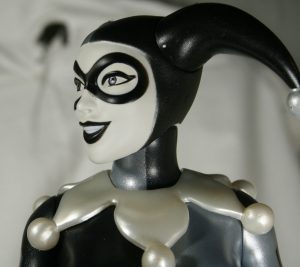 Thanks to JAKKS Pacific for this sample for a first look.