Harley Quinn Takes It Off At Comic Con 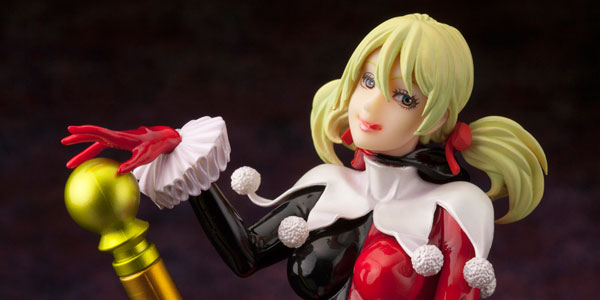 It’s just her mask… don’t get creepy, you weirdos.

All of a sudden, we're like two weeks away from Comic Con, so of course the Con exclusives are being revealed fast and furious.  I was curious about Kotobukiya, as the company typically announces their awesome exclusives fairly well in advance.  I was afraid we wouldn't see anything for the 2013 show, but they have just revealed a special edition Harley Quinn Bishoujo which makes its debut at Comic Con (with a small supply available Monday July 1st on their website for non-attendees like me-- thanks for that, Koto!)

The exclusive Harley features the same great sculpt as the fantastic 2012 release, but with an all-new unmasked Pretty Girl portrait, sporting Harley without her makeup, rocking her blonde pigtails.  It’s a great new portrait, and the added bonus of a color tweak on her giant hammer makes this version of the Bat-villain quite unique from the original.

I really like it– this variant makes a lot of sense, and Harley remains one of the perfect characters to embody the Bishoujo aesthetic.  The new headsculpt, courtesy of the incredible Gill Gill, totally fits the character, and the added details like her hood slunk on her shoulders adds a wonderful realism the way we see in the very best of Koto’s Bishoujo pieces.

Here’s the details, straight from Kotobukiya, on both the Comic Con exclusive Harley and how non-attendees can preorder this Monday:

As a unique twist to the fan favorite DC Comics Harley Quinn Bishoujo statue Kotobukiya is excited to announce its 2013 convention exclusive, Harley Quinn Unmasked! Inspired from an original illustration by Japan’s renowned Shunya Yamashita, Ms. Quinzel is captured in a candidly playful moment (sans her makeup and headgear) in the Japanese Bishoujo (pretty girl) style.

Available for purchase exclusively during SDCC at Kotobukiya booth# 2601 and thru kotous.com this extremely limited release comes from a one-time production run; once she’s gone she’s gone for good!

Featuring an all-new head sculpt and paint deco this statue is constructed of quality PVC and stands 10 inches tall (in 1/7 scale) on a golden hammer base. Sculpted by Masahiro “Gill Gill” Takahashi, display Harley Quinn on her own or together with other DC femme fatales like Poison Ivy, Catwoman, and Batgirl!

For those not attending SDCC a very limited quantity of the Harley Quinn Unmasked 2013 Convention Exclusive Bishoujo statue will be made available for pre-order on kotous.com beginning at 10AM PST on Monday, July 1st. Limited to one statue per customer. We reserve the right to cancel multiple orders. Pre-order event may end at any time without notification once allocation is sold out. Statues will begin to ship approximately 1 to 2 weeks after Comic-Con. Please be aware we are unable to offer on site pick-up of pre-orders at the Kotobukiya booth during SDCC. 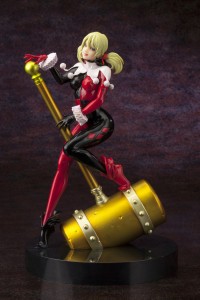 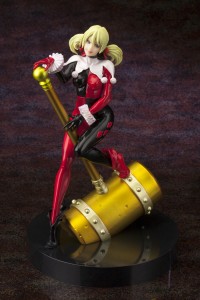 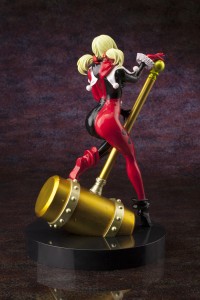 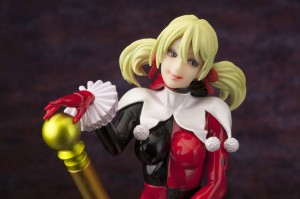 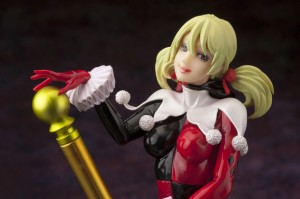