The One and Only Harley Quinn 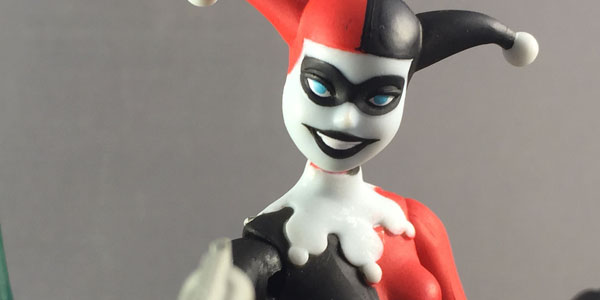 Since her introduction Harley Quinn has been a fanboy’s dream. She is a badgirl, but a little crazy and sometimes good. The Animated line from DC Collectibles has been filled with good and bad, but in this case Harley is all good! The paint is clean, there are plenty of accessories, and she does not have a giant head. This design captures her first appearance in the animated show. Included with her are multiple hands, her gun, and a Joker fish. Usually figures that are thin like this are fragile and with this line her size had me worried, but she is sturdy. So why is she a great figure? She is basic in colors, rather small compared to others in the line, and she is just simple?

Harley is just fun, and a figure based on her captures the crazy that is Harley Quinn. She was an anomaly, it is rare that a character not born from the comics becomes so popular. There were many characters who were only in the show, but none that took off like her. She is the perfect compliment to the Joker, but she still has a little bit of good in her. She is a damaged woman, who was taken advantage of by the Joker and came out much stronger. That might be why she is at the center of the Suicide Squad film. Margot Robbie looks amazing as Harley, and if the film does well this figure is sure to be hard to find. 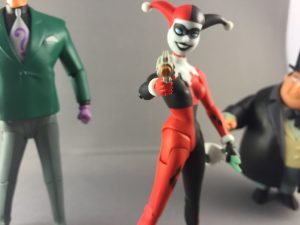 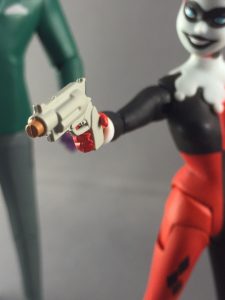 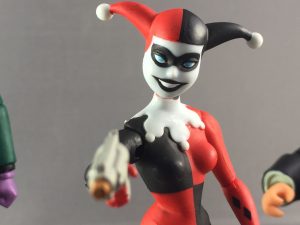 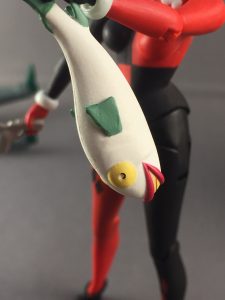 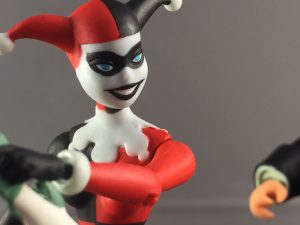 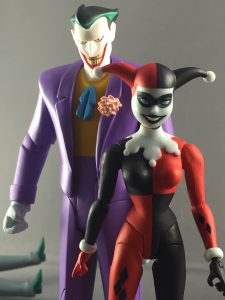 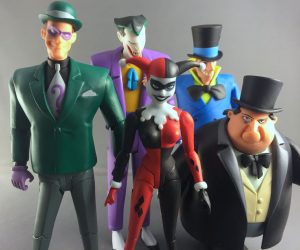