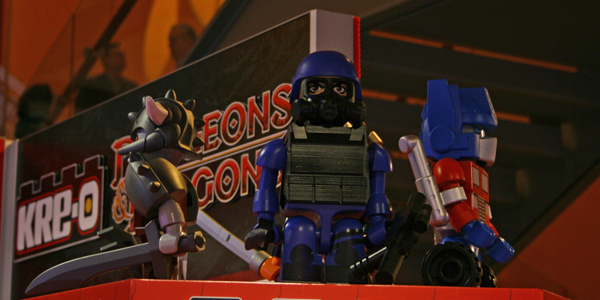 Kre-O is back, and ready to build another great year in 2014.

I fell in love with Hasbro’s Kre-O GI Joe collection last year, and since then I’ve dabbled into virtually all their building toy properties.  But I’m glad that a key focus of this year will still be the Real American Hero.

Hasbro is dedicating much of this year’s Kre-O assortments to celebrating two anniversaries– 30 years for Transformers and 50 years for GI Joe.

Transformers will be themed for the new fourth movie, Transformers: Age of Extinction, with a focus on the Dinobots.

Combiners will also continue under the Age of Extinction theme, and are planned to include Grimstone, Lazerbolt, Obsidian and Volcanicon.  Like past Combiners, each of these larger scale figures will be built out of four individual Kreons. 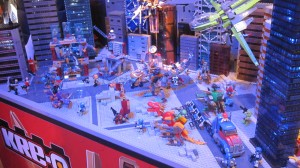 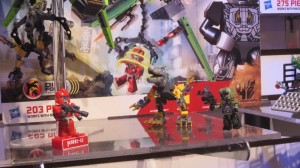 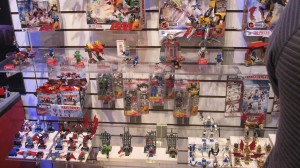 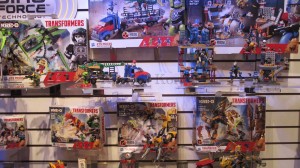 GI Joe Kre-O will continue as a Toys R Us exclusive in 2014, with some exciting new vehicle sets, two new waves of blind bagged Kreons and an awesome new Terror Drome playset.

The Firebat Attack includes The Wolverine and the Firebat, as well as Bazooka, Recondo, and Cobra Pilot Kreons.

The big showstopper of the line is the Terror Drome, a massive 856 piece set.  The playset is huge, with working missile launchers, fold-out sides and a space in the center for the Firebat to dock.  It also includes Kreons such as Hawk, Gung Ho, Mainframe, Serpentor with his air chariot, Xamot, a Cobra Trooper, and even a Joe Skyhawk vehicle. 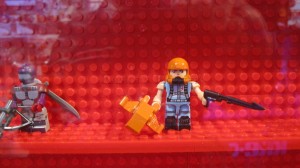 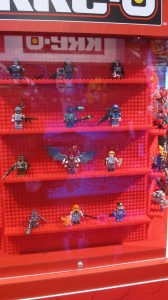 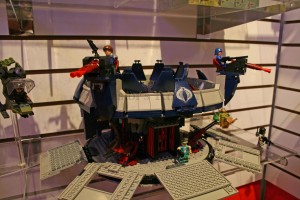 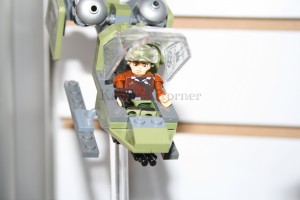 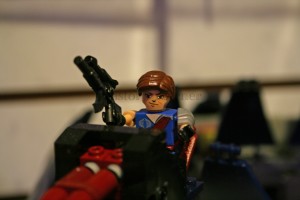 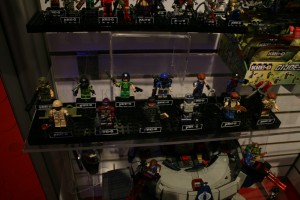 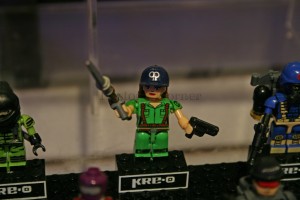 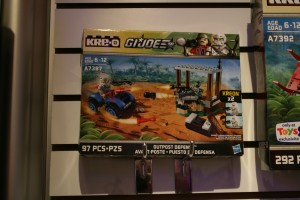 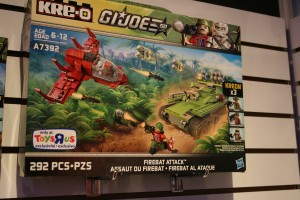 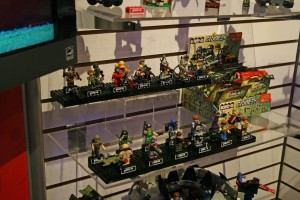 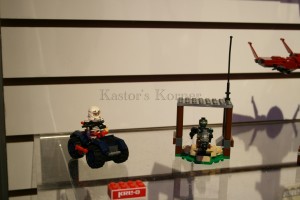 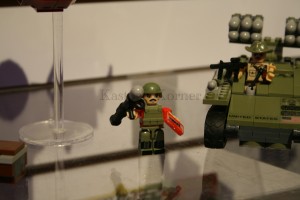 Despite their fun, Kre-O has seen some issues such as mismatched colors on their instruction booklets, and Hasbro addressed this; they print instructions before the pieces are manufactured, which is why they don’t always match up, but it is something they are keeping a keener eye on.  They are also considering a brick separator, like Lego, which will be a welcome sign for any building toy fan.

2014 should be an exciting year for Kre-O, with a major focus on GI Joe and Transformers, as well as cool lines like Dungeons and Dragons.  Get ready for the excitement to build! 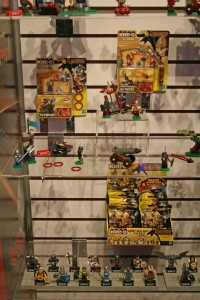 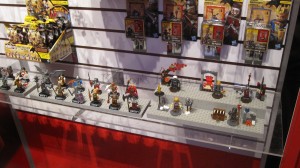 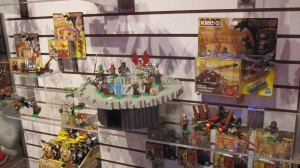 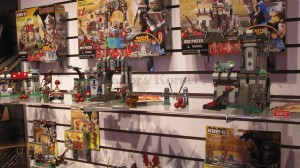 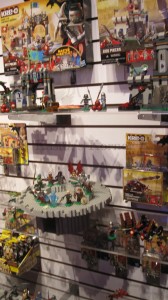