Hasbro Brings Ragnarok (Or At Least Thor) To Comic Con 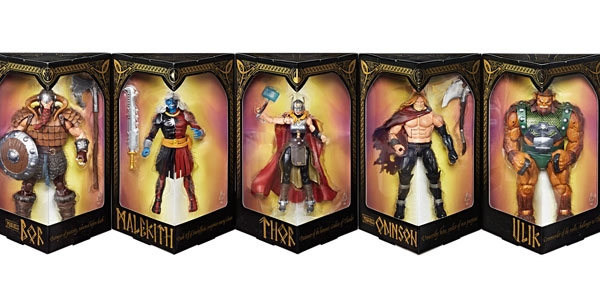 One of Hasbro’s staples at Comic Con is a deluxe box set of Marvel Legends figures, often themed around one of Marvel’s upcoming movie properties. It’s resulted in some of the most desirable sets of Legends figures, which is sort of a double edged sword (or, axe maybe, if we’re talking Asgard?).  On the one hand, Comic Con offers Hasbro the opportunity to include obscure characters they likely could not release at mass retail. But on the other hand, it’s damn near impossible for people to get their hands on Hasbro’s SDCC offerings (even for attendees at the show)… so the knowledge that cool characters from the deeper corners of the Marvel Universe exist, but are incredibly difficult to get your hands on, can be more discouraging than exciting.

Hasbro has been tweaking the formula over the years, building themed box sets that split the difference between figures offered first at Comic Con, alongside true exclusives that will likely never be available outside the show.  It’s not a perfect system, but it’s fair enough.

I bring this up because looking at the “Battle For Asgard” box set, I’m very curious which figures will remain SDCC-only, and who will be rolled into this Fall’s Thor Legends toy line.  We already know that mass retail line will include Jane Foster… I wouldn’t be surprised to see Hasbro re-release the Odinson in that series as well… and Ulik would make a pretty appealing Build-A-Figure (if Hasbro opts not to give that honor to a Ragnarok Hulk).  I cannot see Bor or Malekith ever sold at big box retailers like Wal-Mart, so to me they seem like safe bets to be truly exclusive to this SDCC five-pack.

I guess your mileage on this set may vary, but as a long-time Thor reader, I dig it… between this and the Loki and Sif figures Hasbro will release in this year’s A-Force box set, we’re being treated to a nice range of Thor supporting characters in 2017!

Here’s all the details about Hasbro’s Battle For Asgard five-pack… will you be adding this to your Marvel Legends collection?

Recreate legendary battles between the Nine Realms with the MARVEL LEGENDS SERIES BATTLE FOR ASGARD 5-PACK! This mighty set comes in premium packaging with original artwork by Tyler Jacobson, and includes 6-inch scale MALEKITH, MARVEL’S BOR, ULIK, MARVEL’S ODINSON, and THOR figures. Each figure features multiple points of articulation, premium design, and character-inspired sword and hammer accessories. Includes 5 figures and 5 accessories. The MARVEL LEGENDS SERIES BATTLE FOR ASGARD 5-PACK will be for sale at San Diego Comic-Con 2017. Following the convention, a limited number will be available on HasbroToyShop.com. 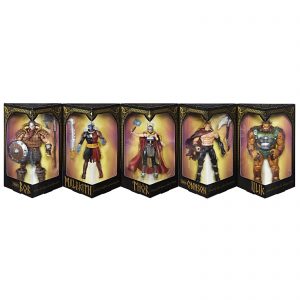 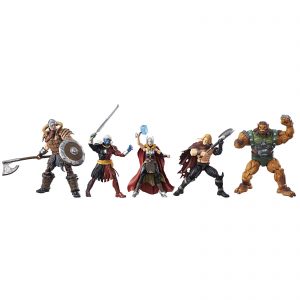 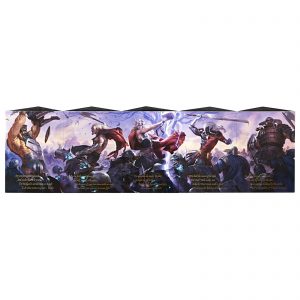 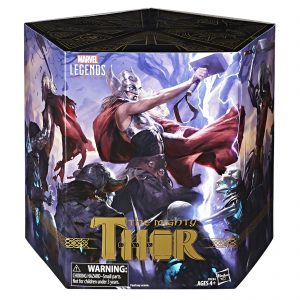