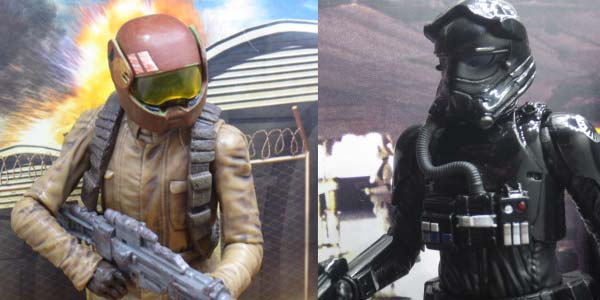 Hasbro’s Force Awakens Black Series action figure line has been pretty robust, delivering solid renditions of many of the major (and not so major) characters from the film in 6″ action figure form.  The third wave of figures is hitting retail now, and it offers two new generic troop builders to the line, a Resistance soldier and a First Order Tie Fighter pilot.

Both figures are all new sculpts, and they’re solid releases, though not without their own flaws.  The Resistance Trooper looks great, and he features some wonderful weathering on his uniform, which adds flair to the otherwise drab pallet.  He’s well articulated, employing a really cool ball joint waist, which negates the need of a sculpt-interrupting ab crunch while still offering good range of motion, and his skirt is short and pliable enough to not restrict the leg movement.

What irks me about this guy, though, is his non-removable helmet.  In exchange, he features an admittedly really cool flip-up visor, but having the main helmet sculpted permanently on the figure’s head feels like a cheap side step that is troubling within Hasbro’s collector-targeted, “high end” collection. 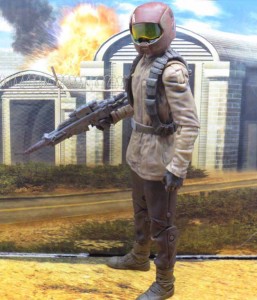 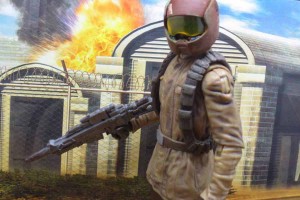 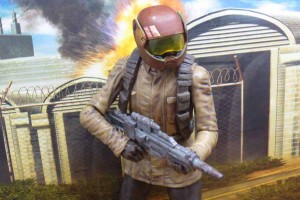 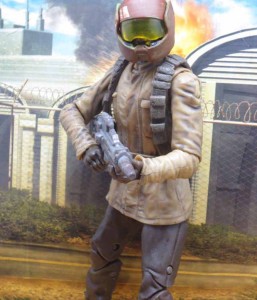 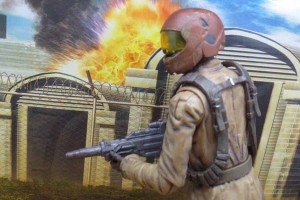 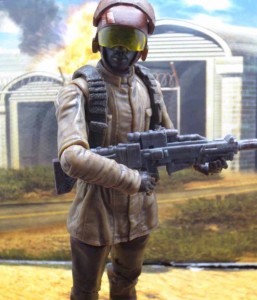 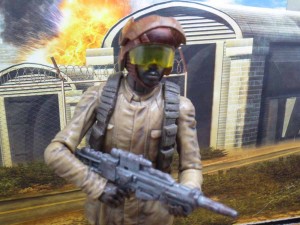 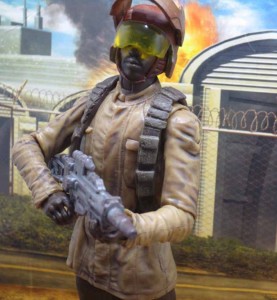 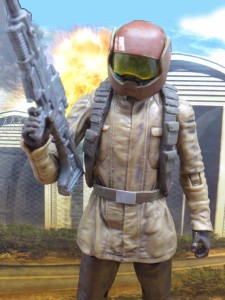 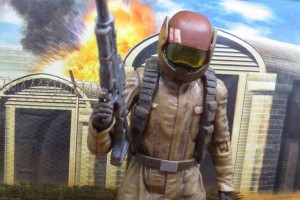 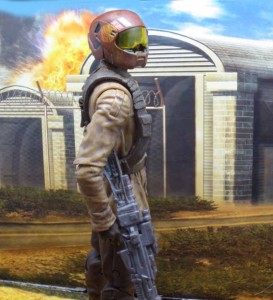 It’s the Tie pilot’s helmet that is also his biggest issue.  While I understand its lack of removability more than the Resistance guy, the pilot’s helmet seems overall too small for the rest of the figure, throwing off his overall sense of scale and proportion.  It doesn’t seem possible that a human head could fit inside a helmet this size.

This scaling problem is especially a bummer because the rest of the Tie pilot is so, so good.  He is loaded with detail, from the plating of his body armor to the folds of his jumpsuit, and the rubber breathing tube and belt straps are great, adding depth to the figure while not inhibiting movement at all.  The figure’s chest gear is incredibly well painted, as are the First Order tampos on his shoulders.  The color work on this guy is also fantastic.  What could have been a boring, all-black figure instead really comes to life thanks to the variety of tones, glosses and finishes used throughout his uniform.  It’s all just so, so well done. 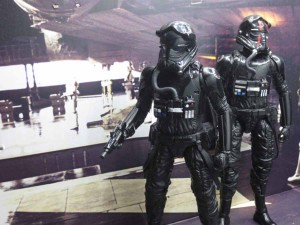 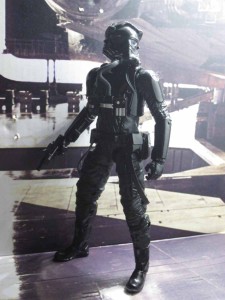 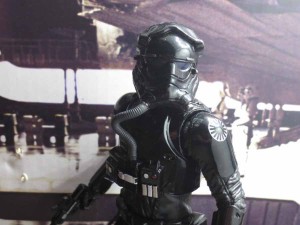 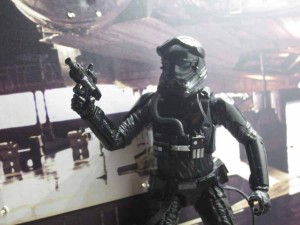 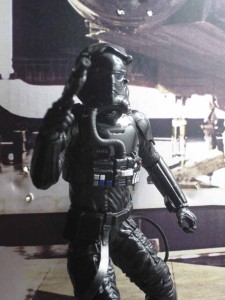 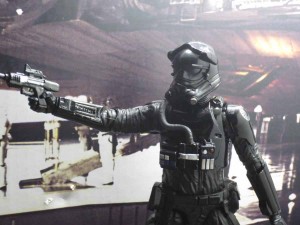 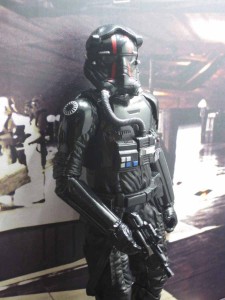 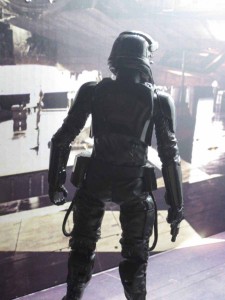 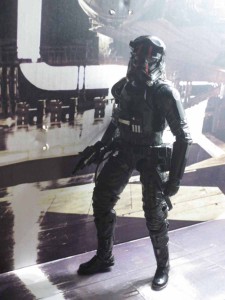 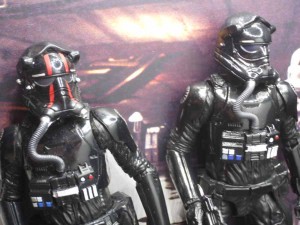 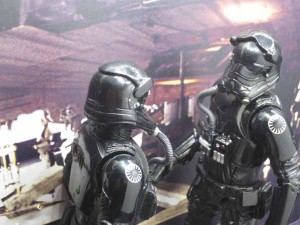 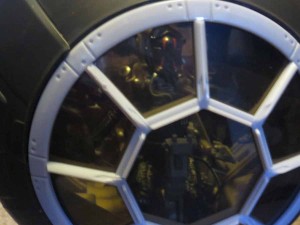 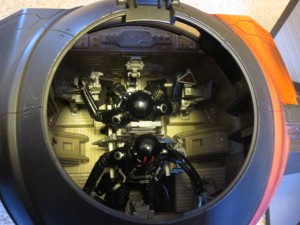 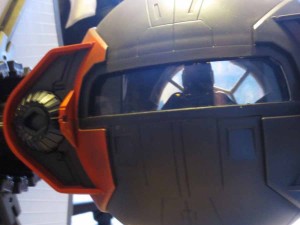 Despite their faults, I really like both of the new Force Awakens troop builders.  As they are not the most major of characters, if you’re gonna skip any wave from this series, this might be the one to choose.  It can be tough to justify a $20 figure as, essentially, background for a shelf display… but I can’t say I regret either purchase in this case.