Hasbro Captures The Evolution Of Groot, In Legends Form 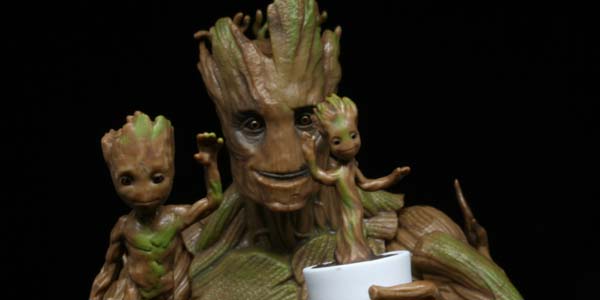 The biggest (and simultaneously smallest) Guardian of the Galaxy is represented perfectly in Hasbro’s new Toys R Us exclusive Legends release.

Hasbro just unleashed the near-perfect first wave of Guardians of the Galaxy Legends, and they are pairing that with a Toys R Us exclusive which showcases the various life stages of beloved yet bizarre tree-man Groot, the breakout hit character of the first Guardians film.  This new figure mixes smart reuse of parts from the original Build-A-Figure Groot, along with all new tooling and paint apps, as well as 1:12 scale pack ins of potted and baby Groot. 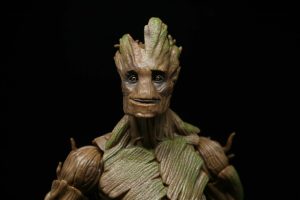 The adult Groot in this set reworks the previously released BAF body with an all new head sculpt that captures Groot’s warm smile perfectly.  This portrait is loaded with character, and the rest of the figure is enhanced with a more detailed paint deco which adds a mossy green wash to accentuate the richly detailed sculpt.

But the largest figure in this pack is far from the only one… this exclusive also features potted Groot from the end of the first film, and Baby Groot from Vol. 2, both in scale with the 6″ movie Legends figures.  Like  adult Groot, both mini figures feature disarming and adorable facial expressions.  Both are pre-posed and not articulated, but they fit in scale perfectly with the 6″ Legends collection.  This trio of figures covers every phase of the most adorable Guardian’s lifespan, while also updating the last core team member for Vol. 2, factoring in the release of the two waves of Marvel Legends supporting this movie.  The first– available now at most major retailers– includes updates of Star-Lord, Drax, as well as the first Yondu figure… while the second series will update Gamora, release a fully-articulated Rocket, and add Nebula to the mix.

Considering the first movie Groot was released as a Build-A-Figure deemed too large to be issued as a standard figure in the Legends lineup, the new Vol. 2 Groot would feel like a value purchase regardless of the inclusion of the two smaller iterations of the character.  These add-on pieces only make him a more worthy purchase when he drops on this March.  Check your local store, or ToysRUs.com to purchase the Marvel Legends Evolution of Groot set for your collection. 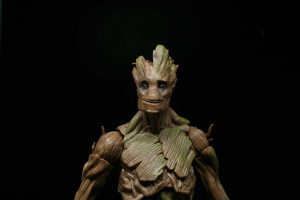 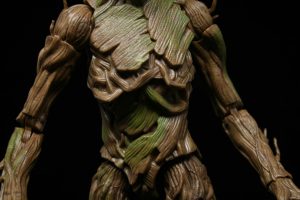 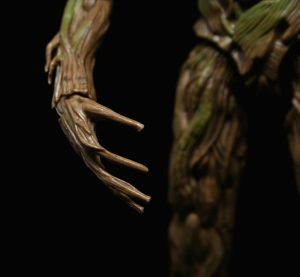 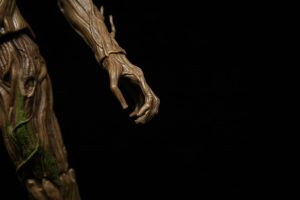 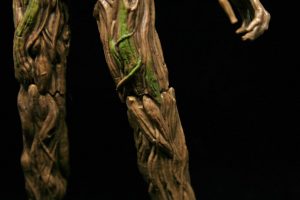 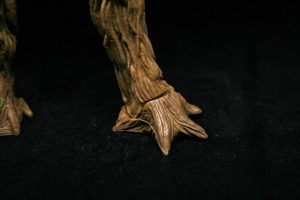 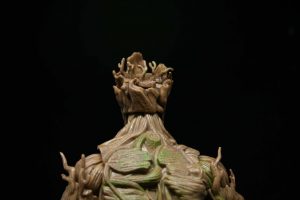 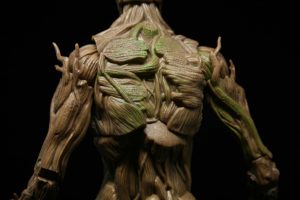 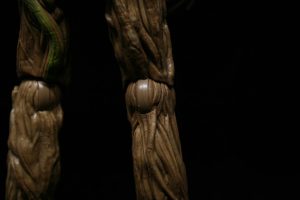 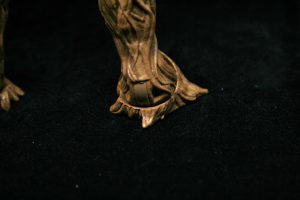 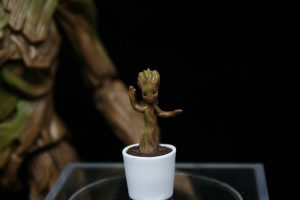 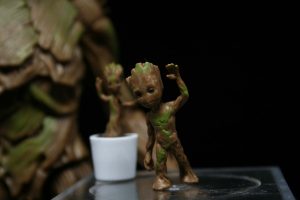 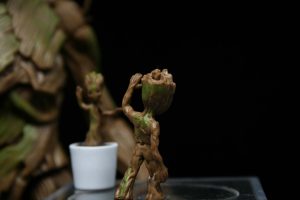 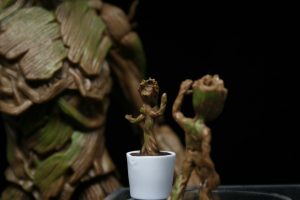 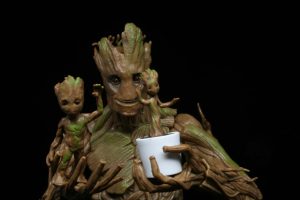 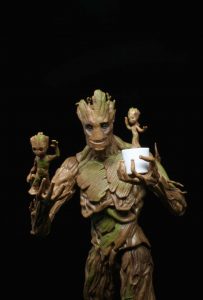