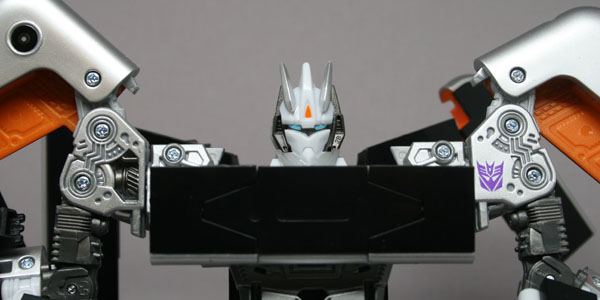 The Hasbro Transformer team gave the classic Soundwave an updated look at Comic Con this year.

One of the first Comic Con exclusives to sell out on Hasbro Toy Shop was the updated version of Soundwave. The character was one of the elite Decepticons during G1, but because of the design he started to loose popularity with creators. Megatron, Optimus, Bumblebee, Starscream all kept going in the different iterations of the teams, but characters like Soundwave who had a very 80’s look seemed to get lost in the shuffle.

The original Soundwave was a walkman, and in today’s world that is not a thing. The idea of a Transformer in the present adopting old tech is silly, so the idea of making him an tablet works. The new sleek look of Soundwave is a great example of a Comic Con exclusive; he is not part of a collection, not necessary to a line up in this form, and made for the fans.

The tablet look for Soundwave is an inspired choice, it is a device that can be anywhere and record what is going around in the environment. The figure comes with a translucent sleeve to hide the back of the tablet, and in a nice box to hold the Transformer as he waits to spring into action. Transforming him into bot mode is fairly easy, the description says he can be transformed in 30 steps but it seems much less for the experienced collector. The back of the box tells the story and the reason behind the tablet choice, and today’s world it makes sense. Soundwave is the master of all his minions, and although in the new generation they don’t have a physical form they are all still there in the form of apps. It is quiet a clever way of explaining the tablet choice, and makes the G1 kid inside of me happy to know even though Laserbeak is not present he is still with his master.

This is one of the best exclusives this year, but might be hard to track down. Hasbro Toy Shop might get more back in stock, but it will be a race to get him. If you grew up in the 80’s this is a great update for a classic villain, and worth having in your collection. 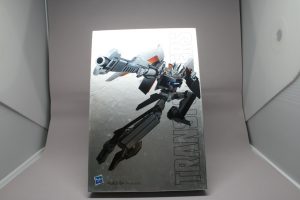 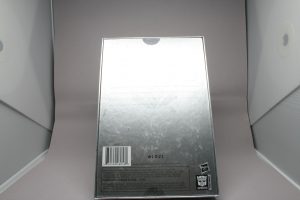 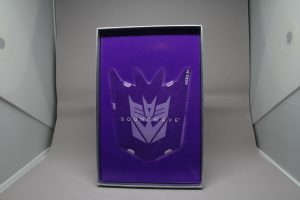 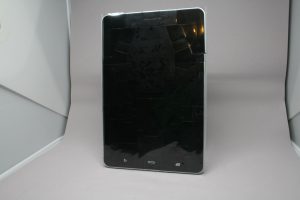 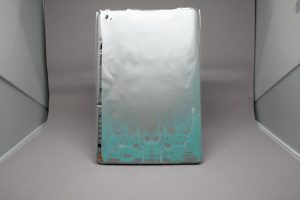 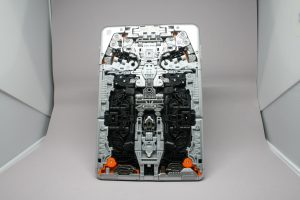 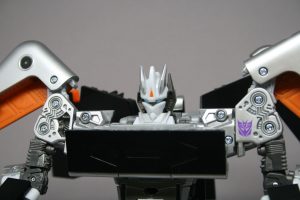 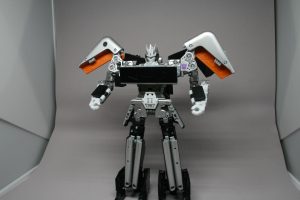 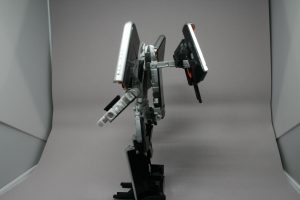 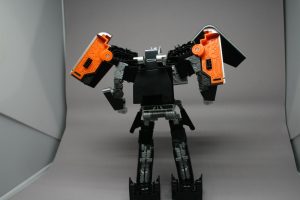 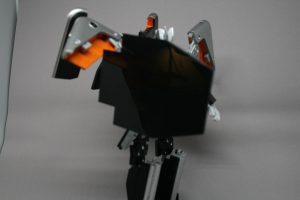 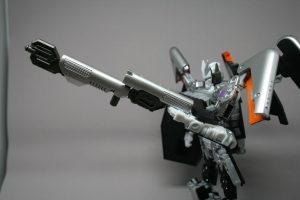 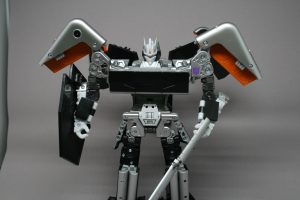 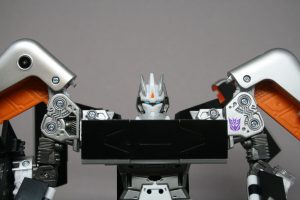 Thanks to Hasbro for sending this sample.