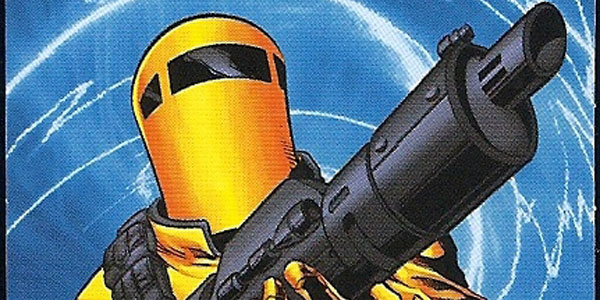 Hasbro’s Marvel panel at Comic Con may have given away some big news about Captain America: The Winter Soldier.

When Hasbro announced their 2014 Captain America Legends at Comic Con, two of the figures they revealed in their presentation didn’t make their way to the show floor.  According to the panel, the Legends line will include movie-style figures of an AIM Soldier and The Red Skull.  Toy Ark got a shot of the slide at SDCC, so you can see a shot of the two figures HERE.

The AIM Soldier kind of makes sense– the organization was all over Iron Man Three, and they play a heavy part in the comic version of the Winter Soldier saga, so that’s not too big a deal.  Although, if the image and name Hasbro showed is accurate, we’ll apparently be getting very comic-accurate AIM troops in the movie.

I don’t think there’s much question that the Red Skull will be back in some capacity in the Cap sequel, but the fun part is guessing HOW he’ll make his return.  We know Hugo Weaving is not coming back, but having the Skull re-emerge in the modern world after his Tesseract trip is the perfect vehicle to alter his appearance.  The Cultured Nerd has a fun theory that, based on the body used for Skull’s movie style Legends figure, the villain will return in the guise of Nick Fury.  It’s a neat concept, but I tend to believe the shared body is more about Hasbro’s limited tooling resources than a big time plot point.

Whether it’s a spoiler or not, Hasbro’s presentation is the first time Red Skull and The Winter Soldier movie have been mentioned together, so it adds to the already-stacked odds that the Nazi will be back for the new movie.  How do you think the Red Skull should return?  As a robot, like in Brubaker’s comic run?  Or masquerading as a SHIELD agent like Nick Fury or Robert Redford’s Alexander Pierce?