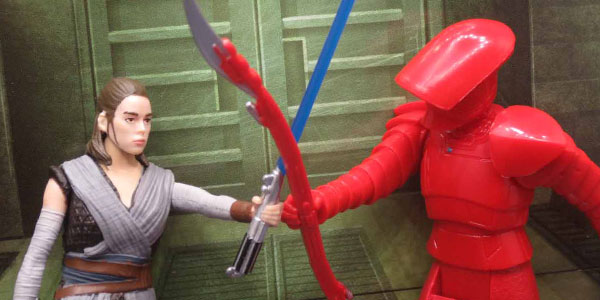 Our favorite Jedi Apprentice faces off against an Elite Praetorian Guard in Hasbro’s Star Wars The Last Jedi 3.75″ two-pack.

In addition to the single carded 3.75″ Star Wars figures, Hasbro has also carried over the two-pack format for their Last Jedi collection. One of those packs features Rey against one of Supreme Leader Snoke’s Praetorian Guards, the “next generation” Royal Guards seen in Return of the Jedi.

Both figures feature the basic five points of articulation, as well as weapons and a goofy backpack/ gun thing which fits on Rey’s back if kids want to take her adventures off-screen. Aside from that bit of tech, Rey is identical to the single card release, from the very nice new sculpt (including one of the best portraits of Daisy Ridley we’ve seen yet from Hasbro), to her arsenal including her staff, blaster, and lightsaber.

While still tapping into the retro/ Kenner aesthetic in terms of articulation, this Rey does incorporate some welcome new design elements, especially in the robes on her lower body. While The Force Awakens’ Rey had these robes sculpted directly onto the legs, The Last Jedi version attaches them as soft rubber overlays, which gives them a more natural look when posing the figure. It’s a subtle change, but it works wonders in improving the overall appearance of this figure. Likewise, the functional holster is a welcome addition, allowing Rey to store all her weapons on her person.

The Guard is the all new figure here, and he’s pretty cool, even if the 5 POA format leaves him feeling kind of stiff. A lot of people aren’t feeling the new, samurai influenced armor, but I love it! The segmented armor on the arms, the weird fencing style helmet, the bladed weapon… this guy definitely owns his own look, but it still fits into the overall Star Wars aesthetic, in my opinion.

Snoke’s bodyguards wear a few different helmets, and each wield distinct weapons, based on what we’ve seen from The Last Jedi promotional materials. And true to form, this Praetorian features a helmet and weapon different than the figure packed with Snoke in the BB8 2-in-one playset.

Relegating these army builders to higher priced multi-packs seems like an odd choice, and I’m hoping Hasbro releases another version of the Guard on a single card down the line, but in the meantime I’m happy having two unique looking versions right out of the gate on Force Friday. And picking up this set saves you having to buy the single pack Rey, which is an added bonus!

Look for the Rey vs. Praetorian Guard two-pack at stores now. 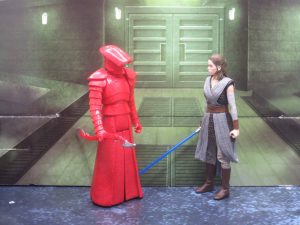 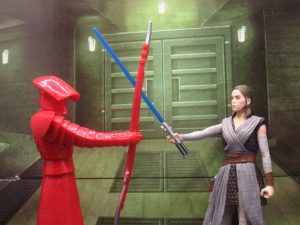 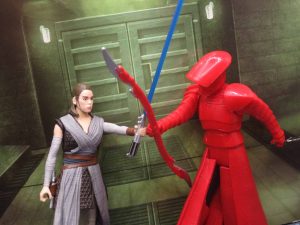 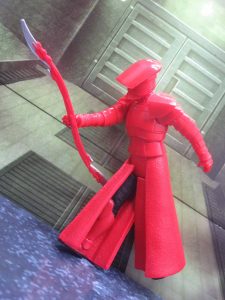 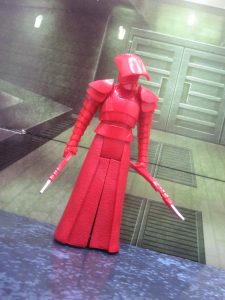 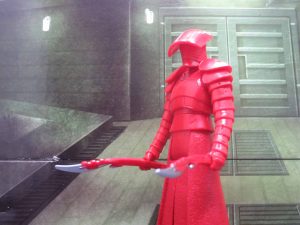 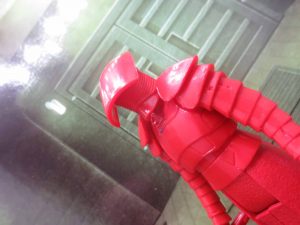 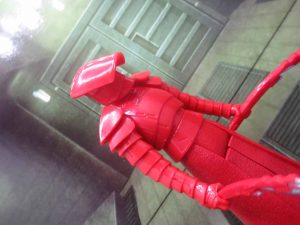 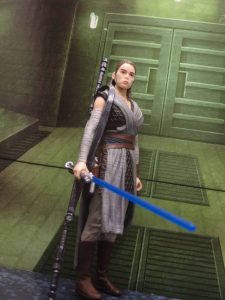 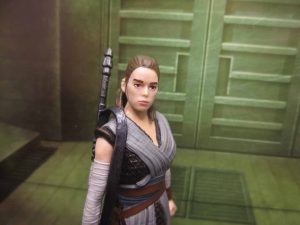 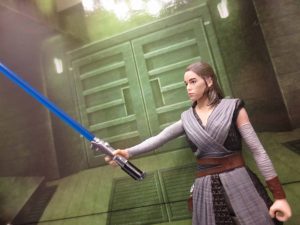 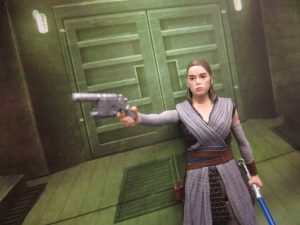 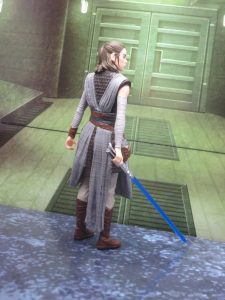 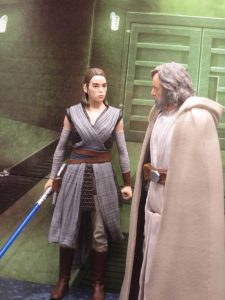 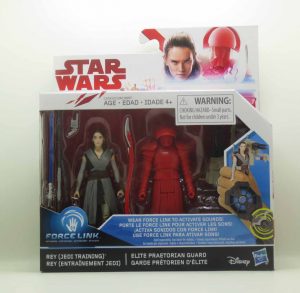 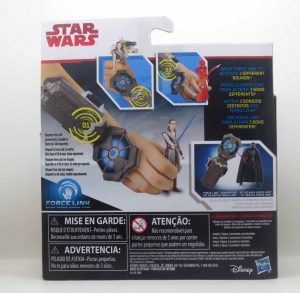