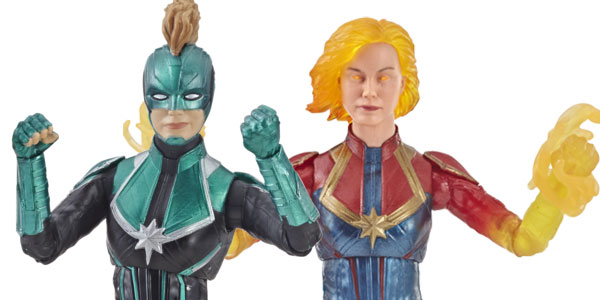 Two new versions of Carol Danvers are hitting Target and Wal-Mart this January.

A few weeks back, Hasbro debuted their awesome Captain Marvel toy line, and they’ve just followed up on that with the announcement of two retailer exclusive figures, both slated to join the Marvel Legends toy line this January.

Wal-Mart is getting a powered up “Binary Form” Captain Marvel, who looks pretty cool. Largely a reuse of the standard Captain Marvel figure, this variant features translucent orange arms and glowing eyes, signifying our hero when she is fully energized. She includes an alternate masked head (both of which sport translucent hair), and some energy effects that attach to her hands. The press release says this figure will be available only at Wal-Mart in January, so look for it on walmart.com sometime around next May.

The more exciting exclusive is target’s Starforce Captain Marvel. Decked out in her greens and blacks, this version of Carol will fit in perfectly with the previously revealed Starforce Commander, and she makes for a generally striking figure (I love the metallic green accents). If that wasn’t enough, this figure also includes an alternate head, hands, and gear to convert her into fellow Starforce member Minerva… instant double-purchase, as far as I’m concerned. I have to admit, I like the Starforce uniform design so much, even without seeing the movie I’m hoping Hasbro has plans to complete the squad with Korath, Ronan and the rest.

I love that Hasbro is not shying away from putting our female hero front-and-center in this toy line. It’s pretty cool that we’re getting four unique Marvel Legends based on Brie Larson’s character, right out of the gate. The best news is that these exclusives will likely be out around the same time as the core toy line, which should make them much easier to find, if they’re part of the January toy aisle resets.

See photos of both Captain Marvel exclusives below… will you be adding them to your collection? 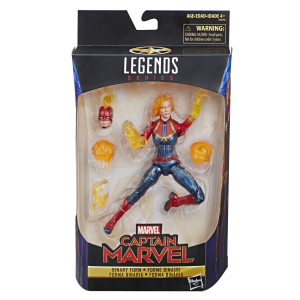 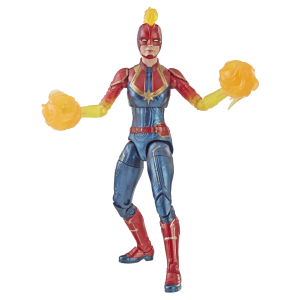 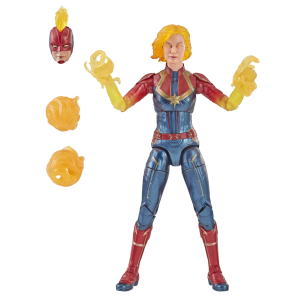 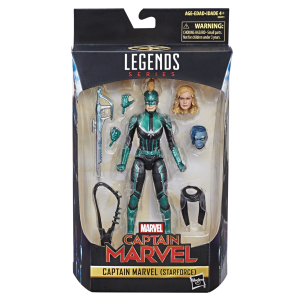 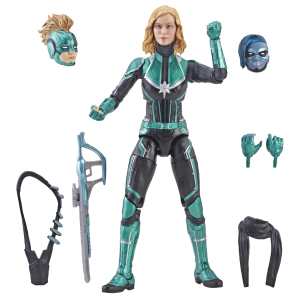 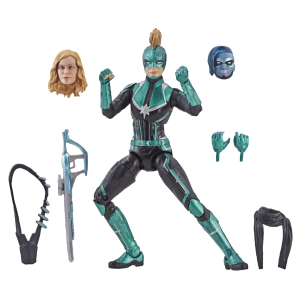