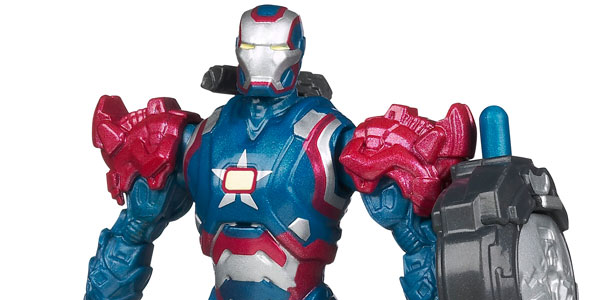 Hasbro has revealed official images of the first series of Iron Assemblers, the new customizable action figures based on Iron Man 3.

Based on last year’s Avengers toy and what we’ve seen so far from Iron Man 3, it seems like Hasbro is getting a lot more experimental with their movie property toys. The Avengers series featured decreased articulation on many figures, along with a smaller character selection and faster turnaround, which absolutely helped many kids and collectors to complete the line, rather than overpay on the secondary market for later release figures that never had the chance to hit mass retail.

It appears they’re getting even more experimental with this year’s Iron Man 3, as their core action figure line to support the movie appears to be the new Iron Assemblers toys.  These 3.75″ figures sport a new play feature– swappable armor parts which allow you to customize the look of your armored heroes.  The first set will include Iron Man in his new Caffeine-free Diet Coke armor, Iron Patriot, War Machine and some variants of Tony’s suit.

The cool thing is, the action feature here actually sounds like a lot of fun, offering tons of easy customizing options.  The down side– articulation has once again been degraded, with the figures appearing to have about five or six moving parts and that’s it.  The limited articulation seems drastic enough that I can’t see these figures fitting in with the previous four years worth of Marvel movie toys, which is a shame.*

I tend to think Hasbro is taking a more two-pronged approach in 2013– drilling down their focus on specific lines targeted for kids, and other lines just for collectors.  We saw this approach in the late 90’s, and it’s done gangbusters for Star Wars for years, so I’m not overly surprised.  I expect much of Hasbro’s movie products to be split down the middle– Iron Assemblers for kids and Iron Man Legends for adults… no real middle ground.  The wild success of Marvel Legends has likely proven a collector exclusive line can hold its own at retail, while the kids focused lines can be simpler (e.g. likely cheaper to produce) as long as there’s some unique and cool playability to them, which Iron Assemblers seems to completely nail.

If the Iron Assemblers had been released when I was a kid, I would have gone BANANAS for these guys.  As it is, the playability seems fun enough that I may pick up a few anyway.  Right now I’m mostly curious where middle-road lines like the Iron Man 3 movie collection and Marvel universe will fall in this kids/ collectors divide… I guess we’ll find out at Toy fair next month.

Check out Hasbro’s official product description and photos below:

(Approximate Retail Price: $9.99; Ages: 4 & up; Available: Spring 2013)
In 2013, kids and fans can recreate the excitement of the IRON MAN 3 film with the buildable ASSEMBLERS action figure line. Each figure features an Interchangeable Armor System, allowing one figure to create more than 25 armor combinations and allowing armor to be switched out between the 16 available figures in the line to create 100’s more combinations. Each figure sold separately. 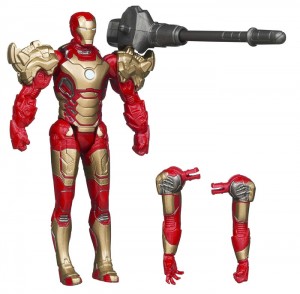 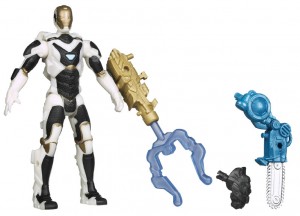 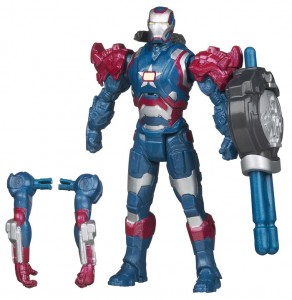 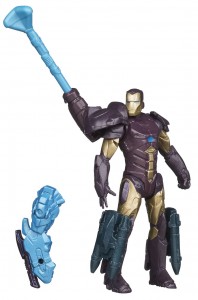 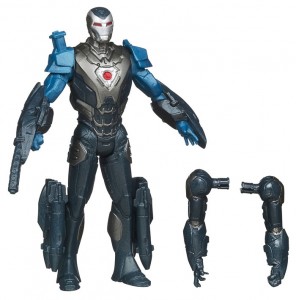 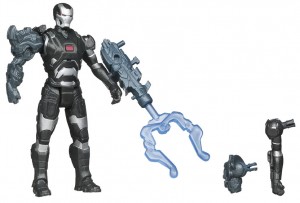 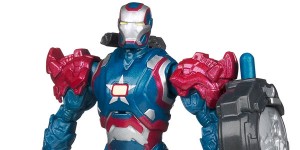 *Yes, I know there will be a standard 3.75″ line also, but since Wave One will feature nothing but non-movie Iron-Man armors, I don’t expect too much from that series.