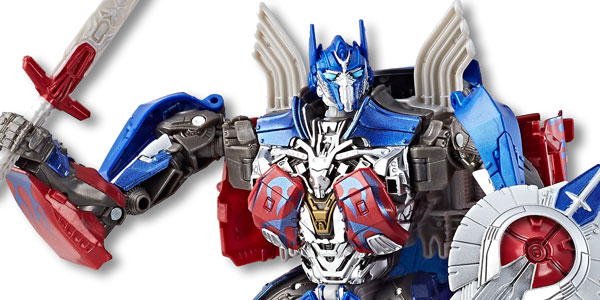 Hasbro’s first Transformers exclusive for Comic Con 2017 pays tribute to the hero of THE LAST KNIGHT, complete with a really cool piece of movie memorabilia.

The latest SDCC exclusive coming from Hasbro has been revealed– a movie accurate Voyager Class Optimus Prime, based on his appearance on the latest live action movie happening all over us at the end of June.  I’m no big fan of Michael Bay’s Transformers, and a big part of that is the busy, overly designed aesthetic of his robots… but I will say that Hasbro’s figure looks quite loyal to Prime’s on screen appearance.

He of course transforms from robot to truck mode, and features a slick glossy paint finish as well as a unique looking window display box.  The coolest thing about this guy, though, is the “gift with purchase”– while supplies last, each Optimus prime will include an authentic piece of truck tire used during the filming of The Last Knight.  It’s a great concept, and I hope we someday see this cool movie prop incentive offered for an actual good movie.  How cool would that be??

Here’s more info on Hasbro’s SDCC exclusive Optimus Prime… will you be adding him to your collection?

OPTIMUS PRIME never tires in his fight for freedom. With strength and courage to spare, he treads fearlessly into battle. Fans can roll out in premium style with this special edition TRANSFORMERS: THE LAST KNIGHT PREMIER EDITION VOYAGER CLASS OPTIMUS PRIME Figure convention exclusive. Convert the OPTIMUS PRIME figure to WESTERN STAR truck mode, based on the TRANSFORMERS: THE LAST KNIGHT film. The OPTIMUS PRIME figure features movie inspired detailing with a glossy automotive-like finish and comes in collectible display-style packaging! Also includes a sword and shield accessory. Fans can even take home memorabilia from the movie set — fans will receive a free gift with purchase: an authentic piece of truck tire used in the film accompanied by a certificate of authenticity from WESTERN STAR. Gift with purchase quantities are limited; available while supplies last. TRANSFORMERS: THE LAST KNIGHT VOYAGER CLASS OPTIMUS PRIME Figure will be for sale during San Diego Comic-Con 2017. Following the convention, a limited number of figures will be available on HasbroToyShop.com. 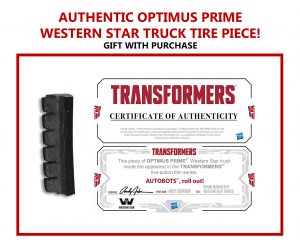 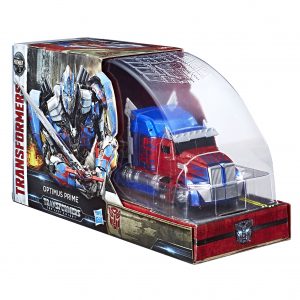 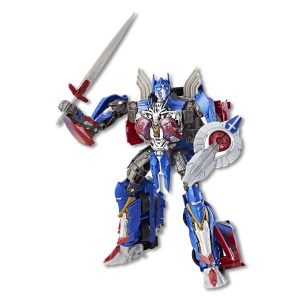 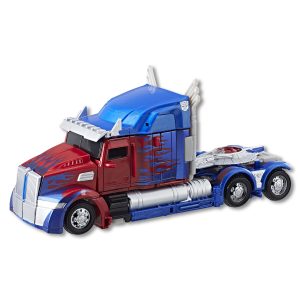