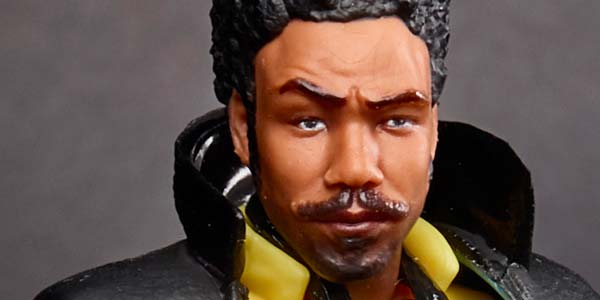 Hasbro surprised us by revealing a bunch of Solo: A Star Wars Story toys today, just days before Toy Fair gets underway. But hey– I’m not complaining!  Specifically, we get a look at four 6″ Black Series figures based on the new prequel, what I can only assume is a first wave of 3.75″ basic figures, an upgraded Force Link pack, and a “Kessel Run” Millenium Falcon vehicle, which looks to be the centerpiece release of this collection.

What’s missing are any reveals of new Vintage Collection super articulated 3.75″ figures, which I’m fine with… but which i’m sure will cause more than a bit of fear, leading to anger, leading to hate, leading to suffering among the more fragile and aggrieved of Star Wars toy collectors.

I can’t say I care much about their narrow and honestly rather boring vision for what a Star Wars toy line “should be,” so I’m really excited by some of these new releases!

The Falcon promises the typical lights and sounds, plus a rumble pack, and even pop-off parts, to presumably re-create the damage this hunk o’ junk receives during the Kessel Run of lore.

I’m very pleased the super fun Force Link is back for another go-around, as it was the coolest action feature gimmick Hasbro has come out with in a while, and the new reader (rendered in a deco reminiscent of the Falcon itself) is a great way to update for the Solo theme.

The four new Black Series figures look great. I am quite fond of the asymmetrical nature of Qi’ra’s outfit and hair, and pretty much everything about Donald Glover’s debut Lando Calrissian figure (That raised eyebrow! That scarf! That EPIC hair part!!).  One of the gripes about the New Trilogy, and The Last Jedi in particular, was the fairly vanilla costume design. I disagree, personally, but I can see how the muted colors and utilitarian costumes most of the characters wore could be seen as less exciting than some of Star Wars’ far-out fashion. But based on these Solo toys, there is NONE of that going on in this movie. Everything feels true to this universe, with an emphasis on bold colors, strange shapes, and a sense of funkiness that’s been lacking in Star Wars design since the prequels. I mean, even the bad guy is wearing some serious lifts!!!

Rounding out the reveals are a new batch of 3.75″ 5 POA figures, including Chewbacca and Qi’ra from the new film, and a mix of repacks and new figures from past Star Wars movies, including K-2SO, Episode VIII Luke, and the previously displaced Maz Kanata, who disappeared from the final wave of Last Jedi figures offered exclusively at Entertainment Earth.

It’s an okay assortment, I suppose. I would have very much preferred a Crait version of Old Man Luke over a re-release of his Jedi robes figure, but I’m confident Hasbro will deliver the figure we all want sooner than later. While I figured this collection would continue to draw from all corners of the Star Wars galaxy, I’m a bit surprised only two of the five figures revealed are from Solo itself… though I can’t imagine a single packed young Han won’t be joining these guys at retail this April.

Knowing Hasbro, they held at least some surprises back for Toy Fair this Saturday, but with a big debut such as we saw today, I’m curious how much more Solo product they’ll have on display at the show? You can find out right here on Kastor’s Korner, as we’ll be updating live from Toy Fair all weekend.  In the meantime, check out some lovely hi-res photos of the first Solo: A Star Wars Story toys below: 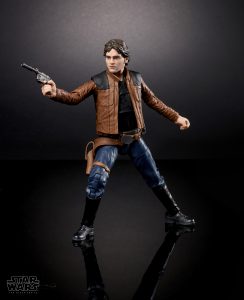 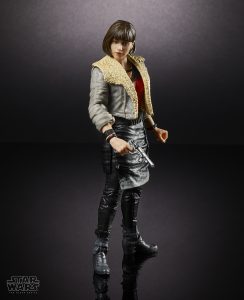 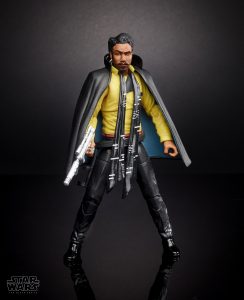 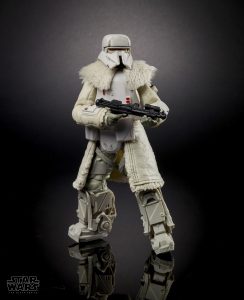 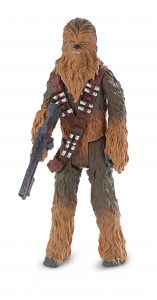 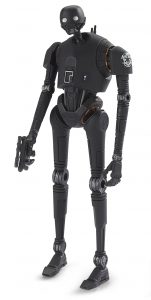 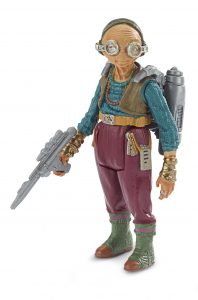 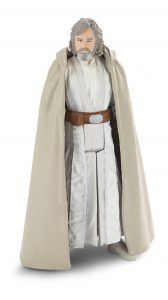 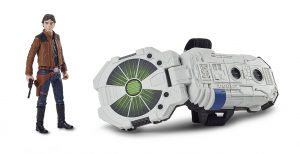 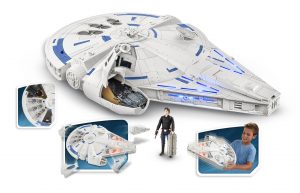