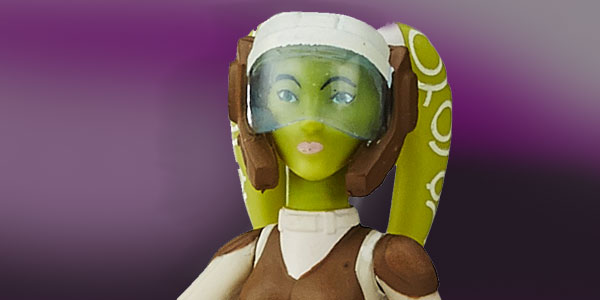 It’s going to be a long wait until this year’s #ForceFriday pulls back the curtain on the toys and merchandise for Rogue One, but in the meantime Hasbro will be showing off a few brand new Star Wars items at Comic-Con in a few weeks, and Nerdist got the online debut of these new products.

In keeping with the theme we saw at Toy Fair, it appears Hasbro will focus predominantly on Star Wars Rebels in the interim between now and Rogue One in the fall.  We know new 3.75″ figures will include young Princess Leia, old Darth Maul, a new Sabine Wren, the Seventh Sister, and more Rebels characters and variants.  Now we can add a new Hera to the growing list of awesome Star Wars women coming in toy form, as the proto-Rebel hero will pilot a new A-Wing vehicle.

On the 12″ front, both Kanan Jarrus and Rebels-style Darth Vader will get electronic figures this fall, capable of “dueling” one another, like we saw (briefly) in Rebels Season 2.  The 12″ figure and vehicle line is planned to continue as well, with a Return of the Jedi era Speeder Bike with Scout Trooper.

Most interestingly, the new reveals also include a new variant of Rey from The Force Awakens.  She’s the only unreleased 3.75″ figure we know of from the Episode VII collection, and I’m curious if she’ll be rolled into the Rogue One collection as a ‘Legacy’ figure, or if she’s part of a final wave of Force Awakens figures that might hit prior to #ForceFriday.  Hopefully we’ll get an answer to that question at Comic-Con in a few weeks.

Take a look at the newest Star Wars toys from Hasbro below.  If you’re attending Comic-Con, you can check these items and more out, up close and personal at Hasbro’s booth in a matter of days. 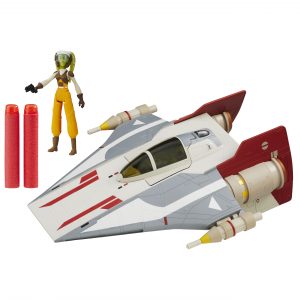