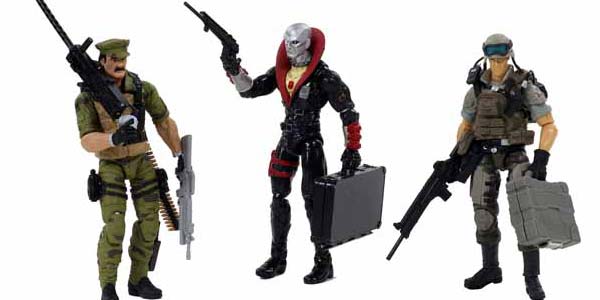 GI Joe turns 50 this year, and Hasbro is getting ready to celebrate by cracking into their Vault!

If you’ve seen the photos or been to the last few GI Joe Conventions, you’ll be excited when I say Hasbro has cracked the GI Joe Vault wide open this year.  For the 50th Anniversary collection, celebrating the original military hero, Hasbro is teaming with Toys R Us for a series of exclusive two packs, three packs and vehicles, many of which came from the incredible Hasbro concept vault.

The Versus Two-Packs will include:

Outnumbered Team Packs, each featuring an off number of Joes versus Cobras (or vice versa) will include:

The new line will also feature some cool vehicle packs, such as “Below Battle Zero” with the Cobra Wolf with Ice Viper vs. arctic Ghost Hawk with Snake Eyes, and a “Danger at the Docks” set with a VAMP Mk II and Cobra raft, and Flint and Cobra Eel figures.

While it was not mentioned at the show, it appears the Danger at the Docks set will get an alternate deco, possibly as a Comic Con exclusive, with Flint in his classic black and green colors.

While Hasbro didn’t have a lot to show for Joe, each piece was a total winner.  The lineup is clearly a case of quality over quantity, and the result feels like a great way for the Real American Hero to celebrate his 50th in style. 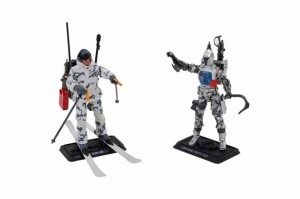 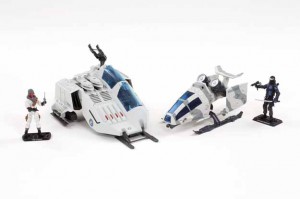 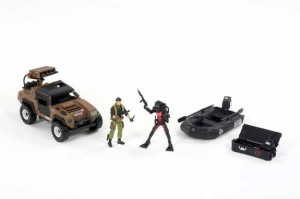 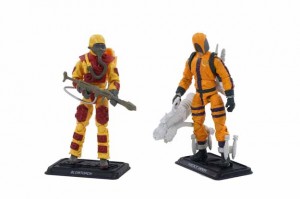 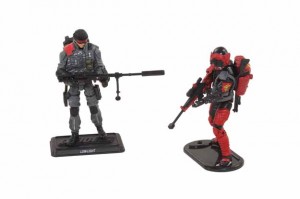 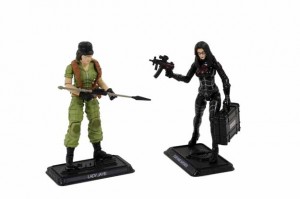 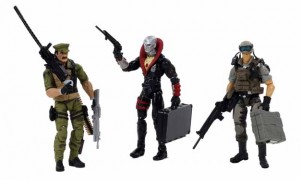 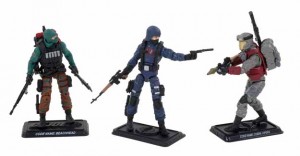