We haven’t seen any new Avengers toys yet in 2013, but the line is being re-branded into Avengers Assemble, based (loosely) on the new animated series.  I’m fine with that, even though I probably won’t be watching the show, because the new toys look pretty sweet.  Of course, we’re getting a new Captain America who’s a pretty straightforward repaint, but the rest of the first wave looks pretty outstanding.

The new Hulk looks great, and he might be the most appropriately massive figure yet for the big green guy in 3.75″ scale.  Falcon gets a nice, modern update that’s much more comic accurate than his Marvel Universe figure, and the new Black Widow looks all kinds of badass.

And hey– we’re getting a villain figure in the first wave!  Red Skull might be my favorite kitbash of the year, with his smart use of the Cap movie Skull body and the ingenius inclusion of Toht’s jacket from the Indiana Jones series.  Plus, his new headsculpt looks appropriately menacing, and he even gets a removable hat!  Love it!!

The first set of Avengers Assemble figures should start hitting later this month… although e-tailers might be your best bet, because the new series appears to be sharing a UPC and DCPI with the Avengers movie toys presently clogging up shelves at big box stores everywhere.  So start checking those inventory numbers at your local Target, Toys R us and Wal-Mart… if they’re low on Avengers movie figures, those spots are the most likely to see the new animated figures show up.

Check out some new carded and loose images of Avengers Assemble Wave One, courtesy of Hasbro: 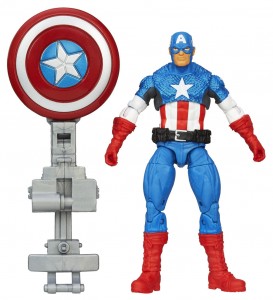 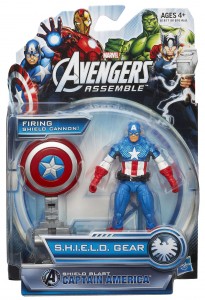 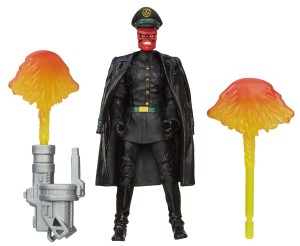 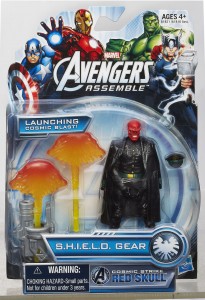 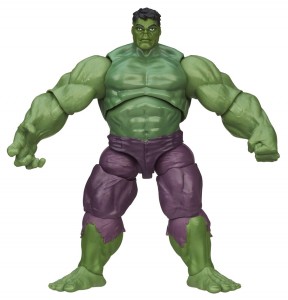 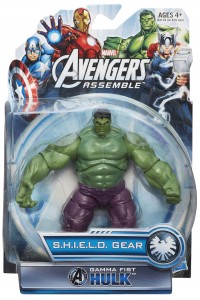 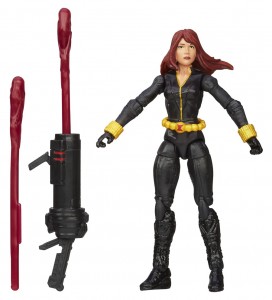 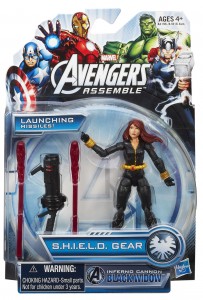 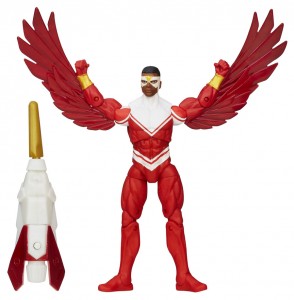 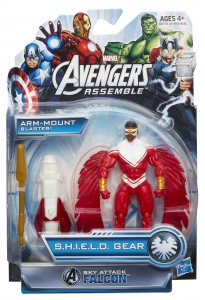