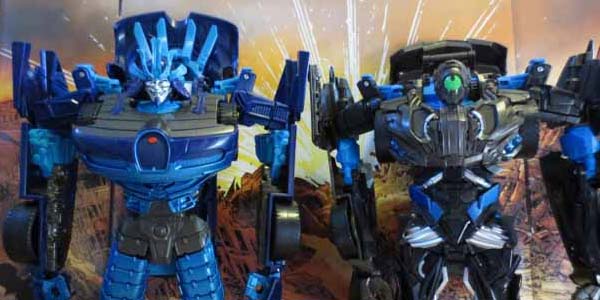 Over the past two years, Hasbro has focused on simplifying the toys based on their biggest brands.  Sometimes, it failed– most notably the very negative response to the dumbed-down, 5 point of articulation GI Joe vehicles drivers– but that trend has continued to many of the releases from this year’s Transformers: Age of Extinction collection.  The difference here is, that simplicity equates out to a totally fun play feature, as seen in the Flip and Change toy line.

I admit, I’m kind of coming at this as an outsider; I’ve never been a huge Transformers guy.  I had a bunch of them when I was a kid and loved to make them morph from robots to cars or guns or dinosaurs… but I never kept up with the collection over the years.  I picked up a few of the movie based figures from Revenge of the Fallen on a lark, and I don’t know if the toys themselves just got much more complicated, or my adult self was just too obtuse in the ways of transforming puzzle toys, but I was stumped in my efforts to transform those figures.

Apparently I wasn’t alone in that regard, because Hasbro addressed that concern at Toy Fair, where they first rolled out these new, vastly easier transforming toys.  Unlike the complicated, multi-step transformations of the higher end toys, the Flip and Change Transformers can switch from vehicle to robot mode by, quite literally, just flipping them over. 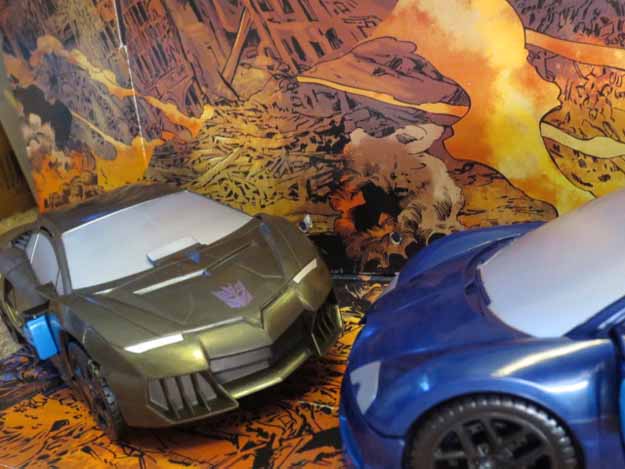 It was a novel concept, so I had to see how it worked in practice.  And lo and behold, it’s a lot of fun!  I picked up Drift, the quasi-racist new Autobot who calls Optimus prime sensei, and the new villain Lockdown (you can tell he’s bad because he’s dark grey and generic looking).  Each figure stands about 10″ tall in robot mode, which equates out to cars that measure about 8″ long.  In car form, the figures look great, carrying a great sense of proportion and realistic designs complete with functional wheels.

The robot forms of these figures are where fans will likely be divided.  I think they look good, with intricate sculpts and lots of movie-accurate detail.  And I love the bigger overall size of these guys, too… However the bot mode figures don’t have much articulation.  Each gets shoulder swivels, hinged elbows and that’s about it (not even a head swivel).  Also, due to the automated transforming mechanisms, the bodies and legs on these guys are fairly flat, meaning they look much better head-on than in profile.

But these design drawbacks are worth it in my opinion, because the Flip and Change feature is pretty great.  Everything stems around the arms, which you hold out to the sides and lock into the shoulders.  Then you simply flip the figure between your hands, which unlocks the mechanisms inside and collapses the figure’s parts into the outer shell of the car.  It took a few tries and some learning– it technically takes about three flips to actually make the transformation happen– but in the end it’s a fun and well functioning action feature.

I’d be lying if I didn’t admit I spent a healthy amount of time on the floor of my office flipping Transformers before this review.  I’m very impressed by the ingenuity on display in this new feature… and if I had this much fun with it, I’d imagine kids will dig it even more.

Of course, the main reason why I appreciate the Flip and Change Transformers is they are mot replacing the previous, more complicated lines, but offering an alternative.  This is great, since high end collectors can still get all the same characters in their more intricate, fully transforming versions.  Hasbro did collectors a solid by not sunsetting that line, although for me personally as the textbook definition of fairweather Transformers fan, I’d be lying if I said I didn’t have a lot more fun playing with the Flip and Change guys than I would have with the more elaborate figures. 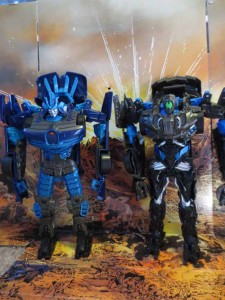 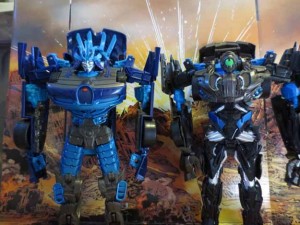 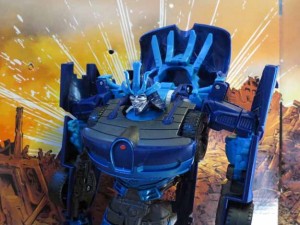 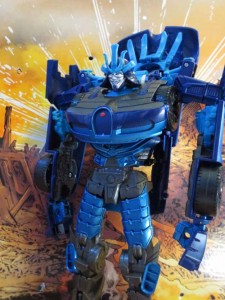 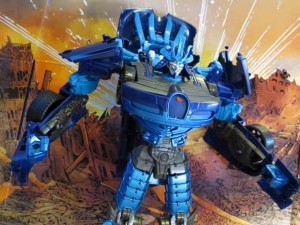 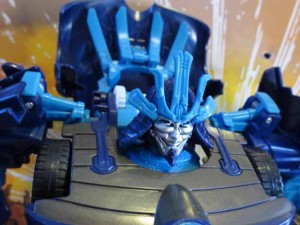 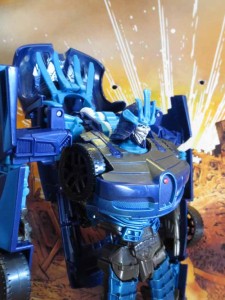 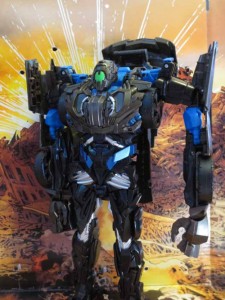 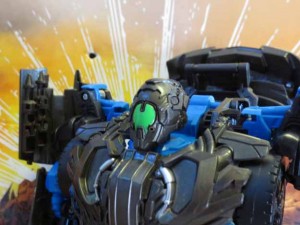 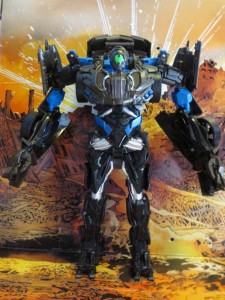 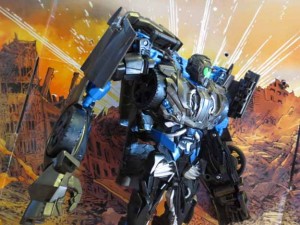 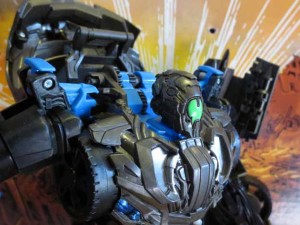 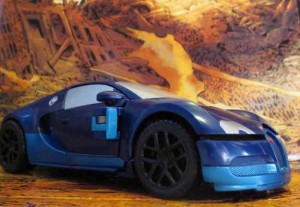 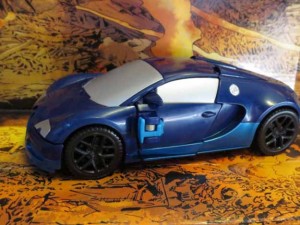 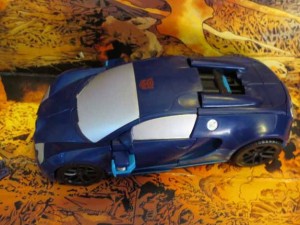 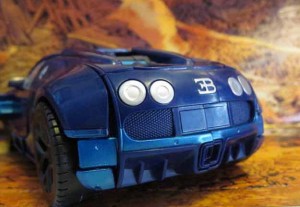 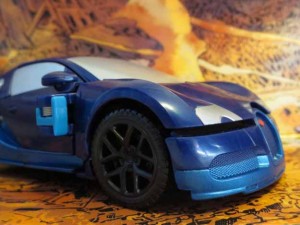 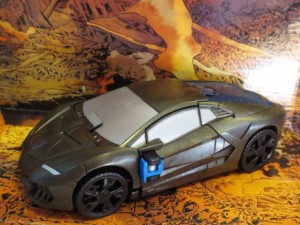 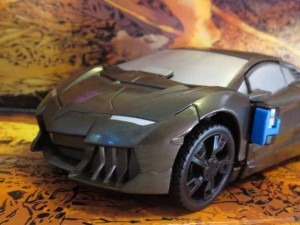 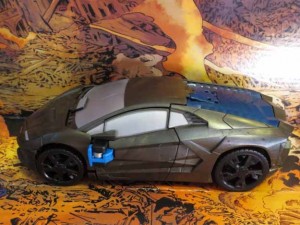 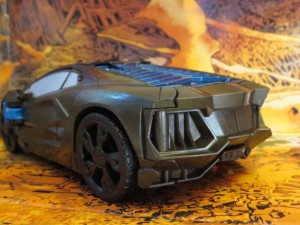 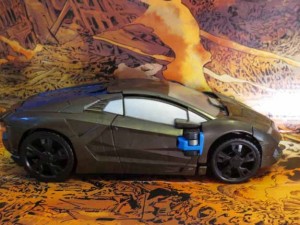 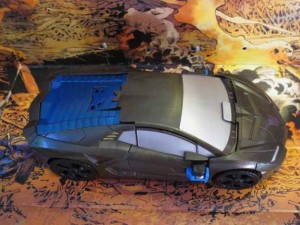 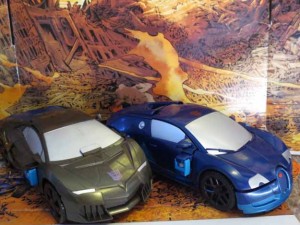 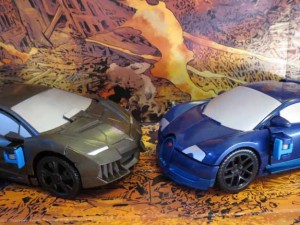 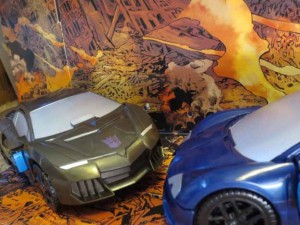 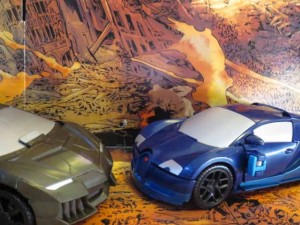