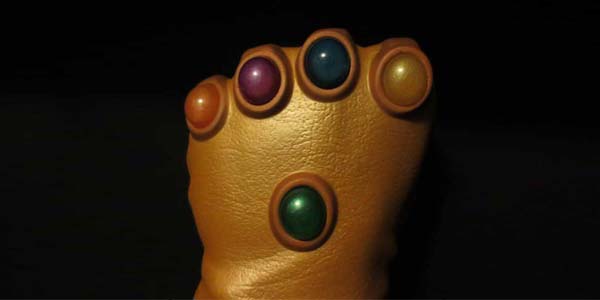 The wearable Infinity Gauntlet will be the “gem” of any collection.

Toy Biz made a lot of great toys during their Marvel era, but one of the strangest concepts– which really tapped into the cool underbelly of pop culture for a moment– were the amazing wearable foam Hulk hands.  Those things were great!

We haven’t seen many new additions to the adult-sized play gear from Hasbro’s Marvel collection, until now… and they’ve stepped up the Hulk hands game in a BIG way.  Packed along with the Comic Con exclusive Marvel Infinite figure set is a fully wearable Infinity Gauntlet, which really is just about the coolest thing ever.

The size and mass of this glove are perfect, with a bulk and heft worthy of Thanos himself.  The gauntlet looks heavy, but the foam material used for the piece is actually quite light, making it sturdy yet easy to display or wear.  The sculpts is fantastic, with everything from the trim of the glove to the fist-clenching fingers very well defined.  The paint splits the glove’s gold coloring into two distinct tones, which enhances the detail while not drawing attention away from the truly eye-catching Infinity Stones embedded in the glove itself.

The stones are made of brightly colored soft rubber, with a high gloss finish to make them appear like actual gems.  They ever get some injection molding, with a tiny skull etched into the center of each one… it’s a great detail! 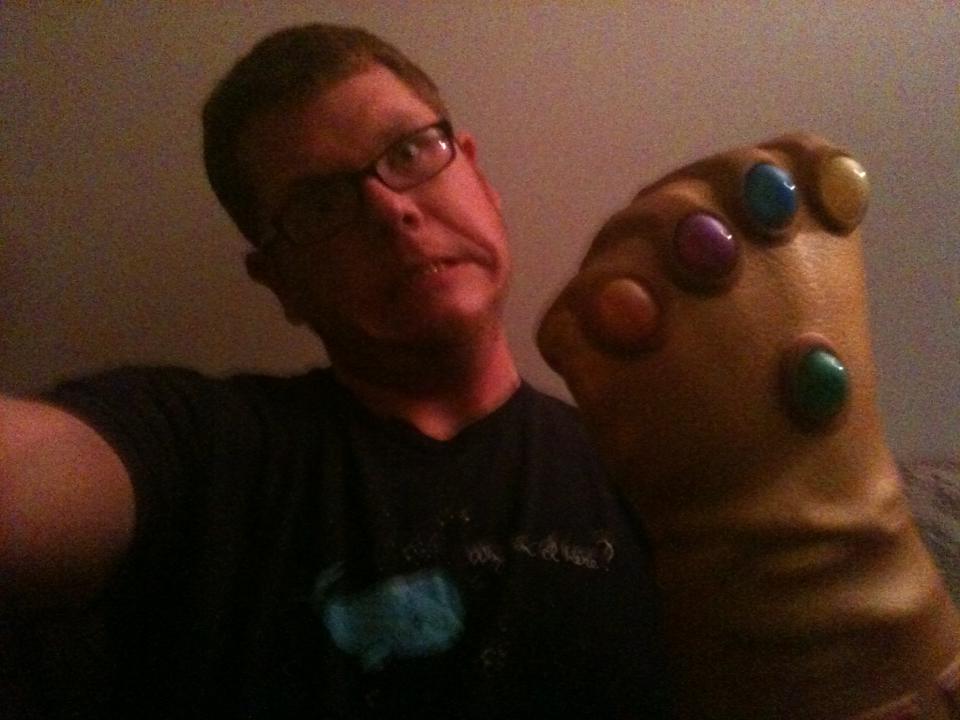 Hasbro’s Infinity Gauntlet would obviously make for a great display piece, but more than that it is addictively fun to wear.  I’d be lying if I said I haven’t spent some time every day since Comic Con wearing this thing around the house, bending reality* and feeling like a general badass.  In fact, I think I’m gonna put it on now, while I finish writing this review…

Er, okay… maybe I shouldn’t try to write while wearing the Gauntlet just yet… In short, the Infinity Gauntlet was a very cool idea as an exclusive, and it’s the most fun Con exclusive I’ve seen this year.  Unfortunately the Gauntlet was only available at Comic Con this summer… But it’s so cool, I would not be surprised to see a new version hit retail as Thanos’ presence becomes a bigger and more dangerous force in the Marvel cinematic universe.  Here’s hoping! 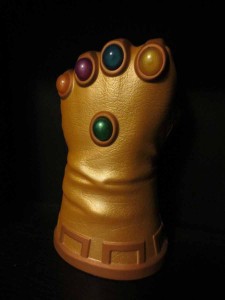 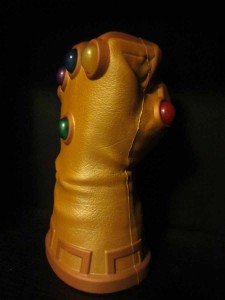 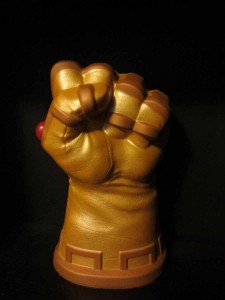 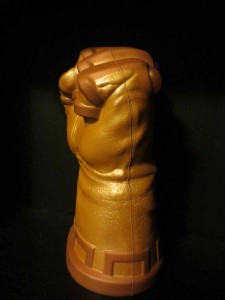 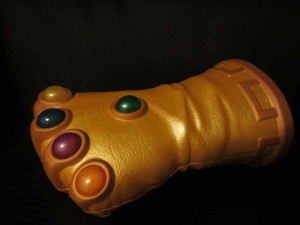 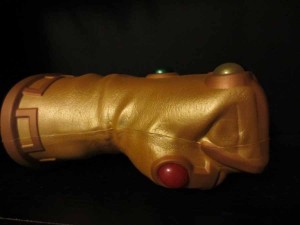 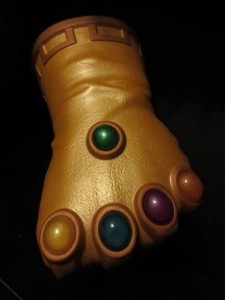 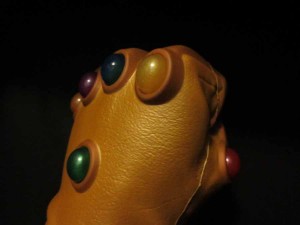 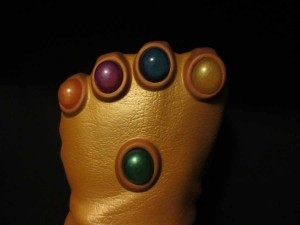 *that means messing with my cats