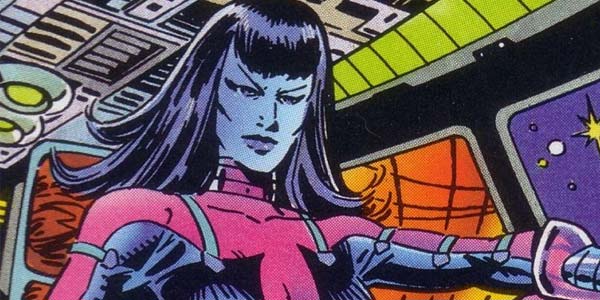 New 3.75″ Marvel Universe figures have started turning up at Asian auction site Taobao, and they include Thanos’ brother Starfox, as well as Nebula, grand daughter of the mad Titan.  We don’t know any more back story behind these new figures, but based on timing– and the cosmic skew of both characters as Marvel gears up to hype Guardians of the Galaxy— makes me think they’re both bound for a Comic Con exclusive.

Some literal minded folks seem to think we’ll get a Thanos “family pack” at SDCC, but I think we’ll see something a little more broad than that, but still set squarely in Marvel’s cosmic character list.  The figures themselves look alright; Starfox is basically a total repaint, making clever use of Quicksilver’s head on the skinny Nightcrawler body with a new chest overlay.  Nebula gets new boots on the current Scarlet Witch base body, with what might be a new head?  I really can’t tell yet.

I’ve always been keen on Marvel’s cosmic characters, so I say bring them on!  The limited new tooling on these two makes me hopeful that maybe they’ll come packed with one of the bigger, stranger cosmic types, like a Celestial or Ego the Living Planet, or the long-rumored Watcher.  That’s just speculation, though– I will say that I’m confident, based on past SDCC exclusives, that we’ll see at least a few more figures rolled into this set.