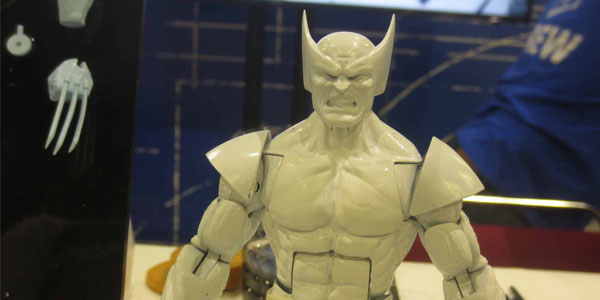 Hasbro’s Marvel team offered a fascinating glimpse into the production process behind Marvel Legends at HASCON.

One of the things that really set HASCON apart from other fan conventions was Hasbro’s willingness to take attendees behind the scenes of what goes in to making some of their amazing toys.  There were some deep dives, including a trio of panels starring the sculptors, designers, illustrators, engineers, and marketers behind the classic GI Joe toy line.  There was a tour of Hasbro’s headquarters in Pawtucket for some lucky fans. And even on the HASCON floor, there were some truly fascinating glimpses behind the curtain. 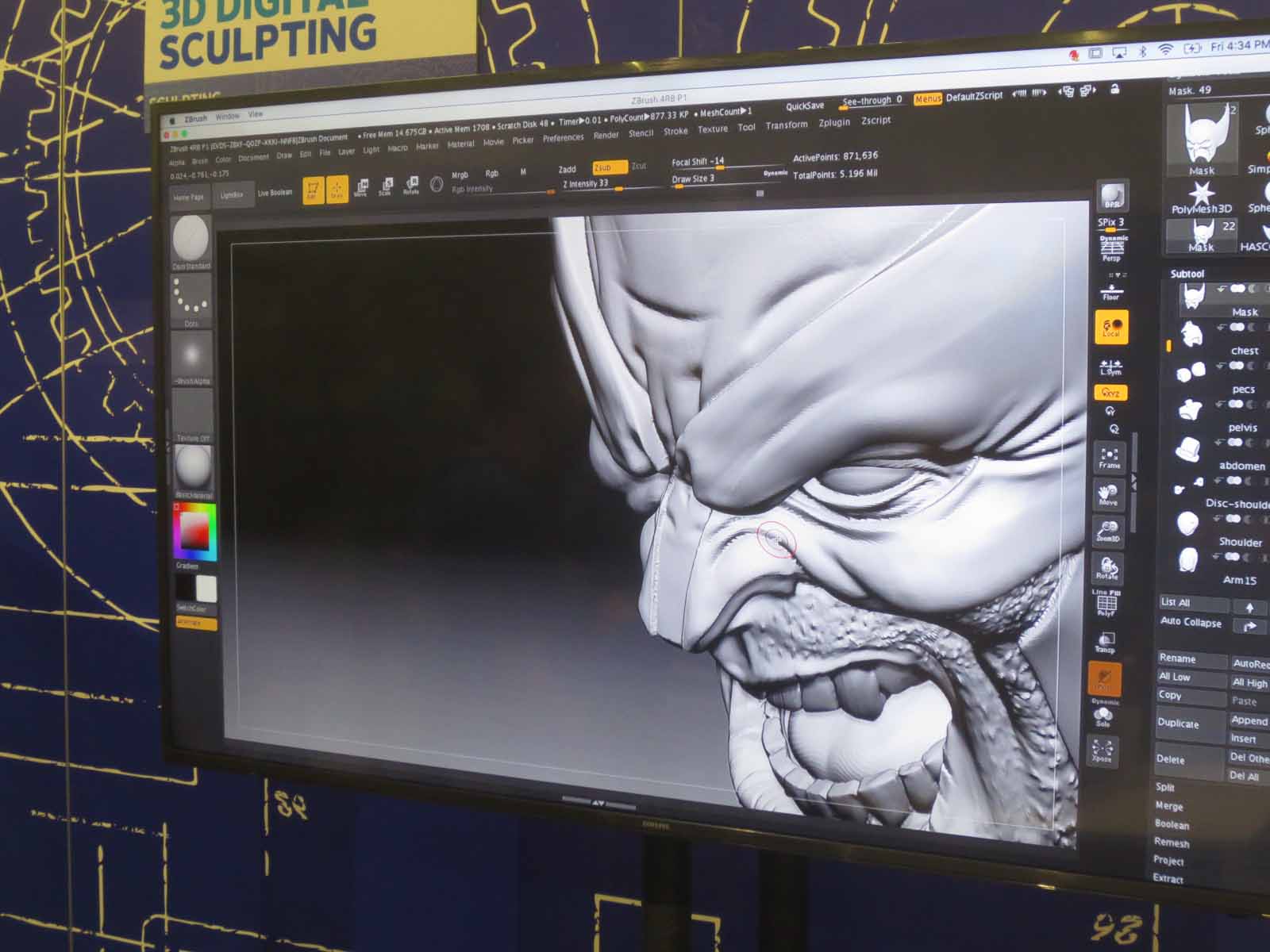 The highlight, for me, was a booth in the Marvel pavilion, which showcased every aspect of designing a Marvel Legend.  A computer screen showed the digital sculpt of Wolverine (because apparently this poor guy can never not be a guinea pig?), and one of Hasbro’s 3D printers was on hand, crafting a three dimensional sculpture based on the virtual design. The display continued with two versions of Wolverine, one assembled and one “exploded” (the industry term I learned this weekend for a dis-assembled action figure, showcasing its individual components and how they connect together). 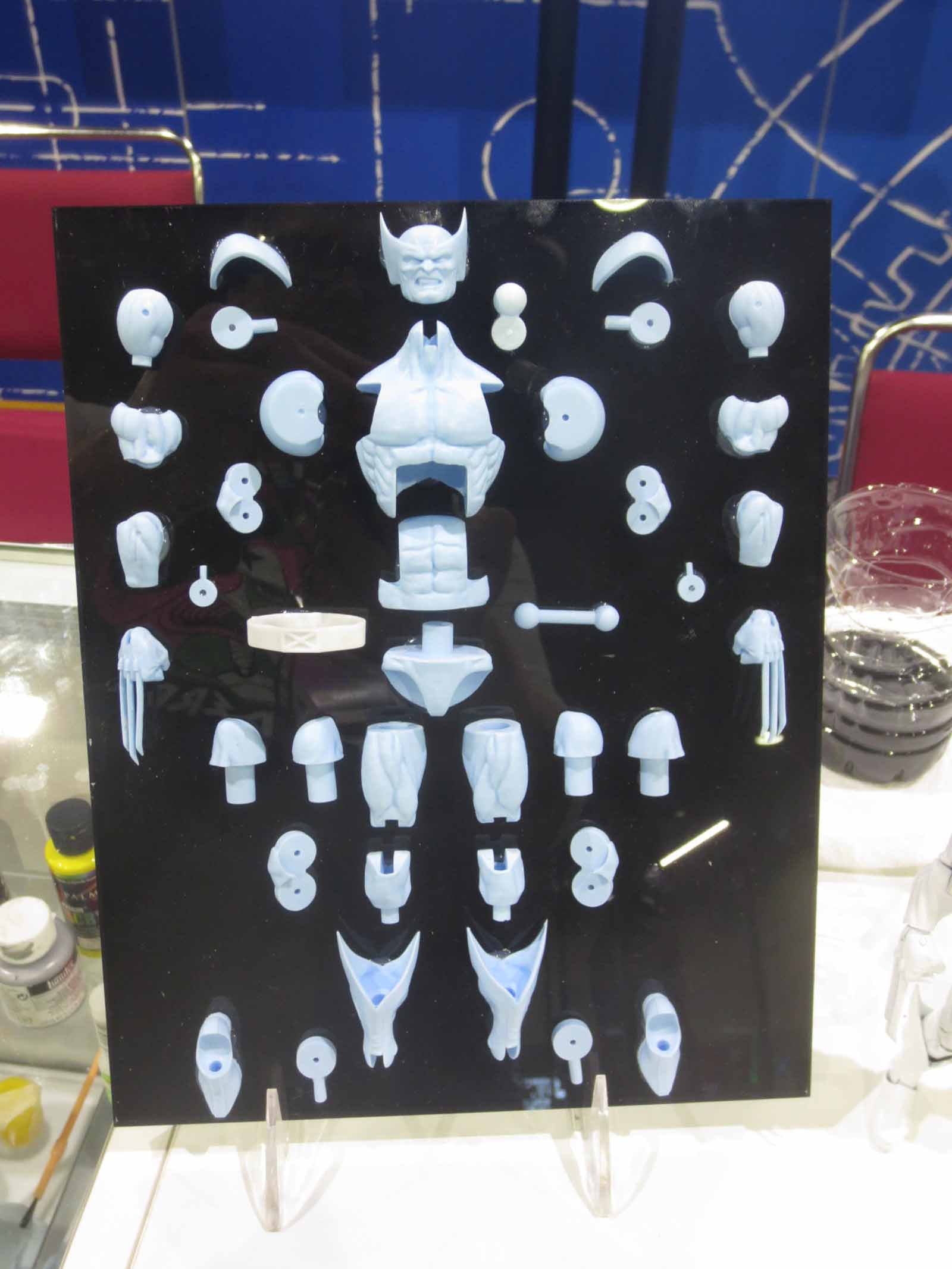 And then we moved on to paint, where Senior Model Artist Tony Colella and some of Hasbro’s talented painters added the colors to Logan which truly brings the toy to life. Hasbro uses Pantone colors in order to get just the right hues for each toy they create, based off character model sheets approved both internally and with their license partners (in Wolverine’s case, that would be Marvel). Since it’s such an industry staple, I guess I shouldn’t be surprised about the Pantone thing, but I was quite tickled to now know Wolverine’s costume’s official shade of yellow (7548c matte, in case you were wondering). 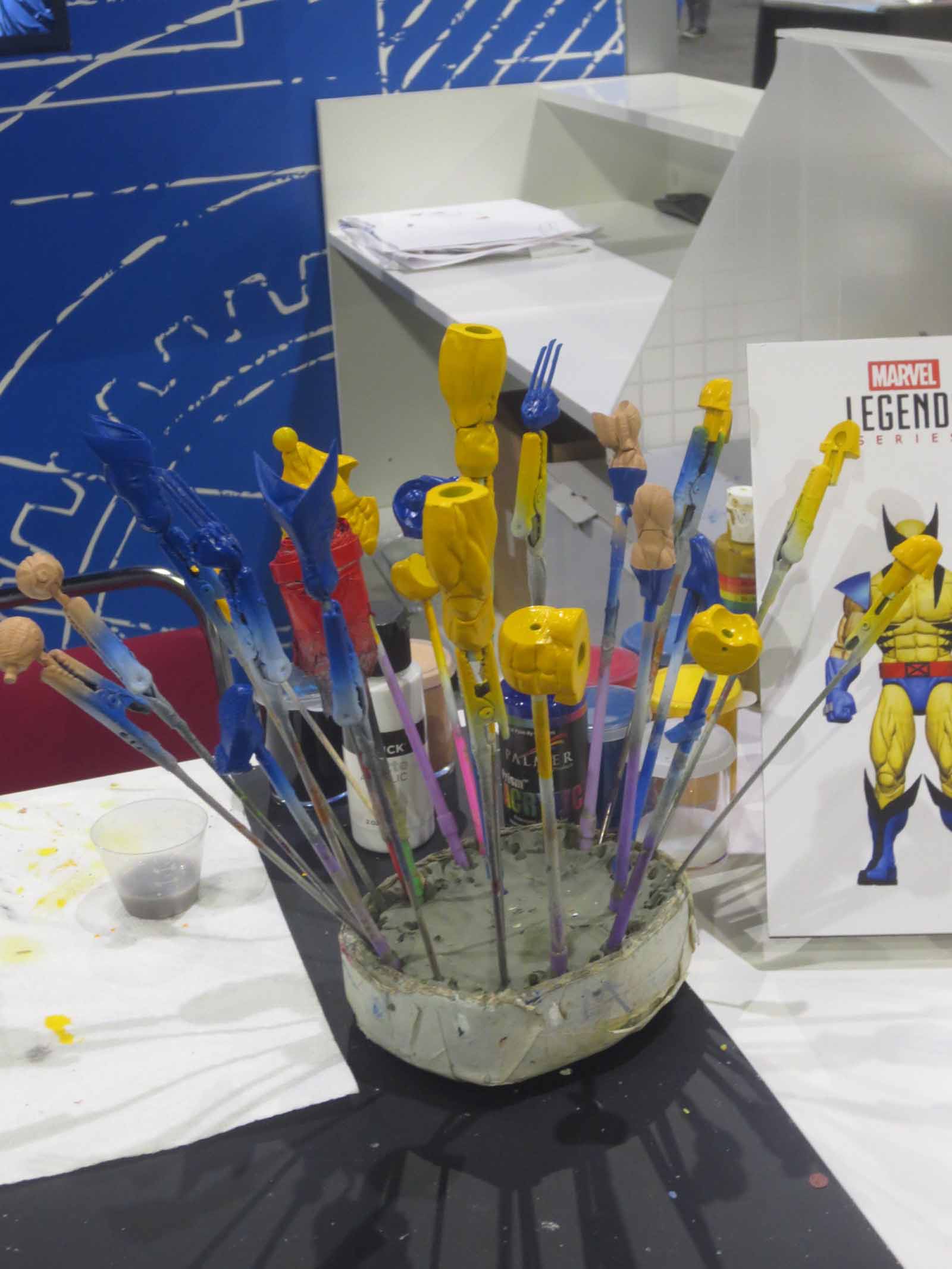 We don’t get this type of granular look at the inner workings of the toys we love at any other convention I’ve ever been to. And I dunno… maybe this sort of stuff is only interesting to me?  But I can attest I found it truly fascinating, offering a deeper understanding and appreciation of the work and talent that makes our favorite toys a reality. The modern world of action figures is as much about art as it is business, and I truly loved that Hasbro celebrated both sides of the coin at HASCON. 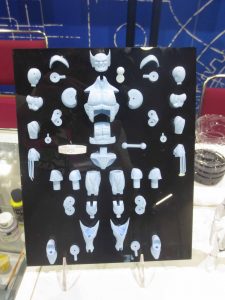 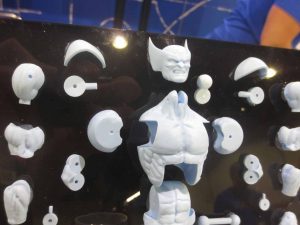 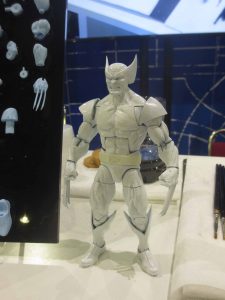 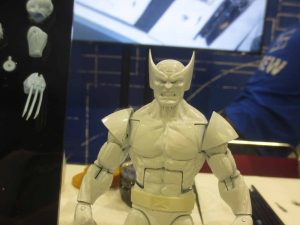 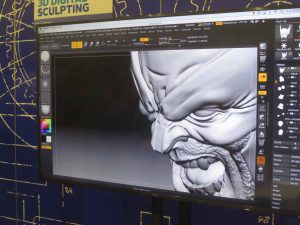 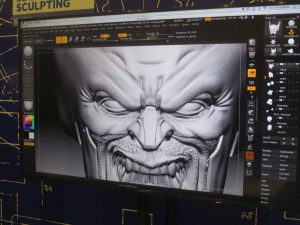 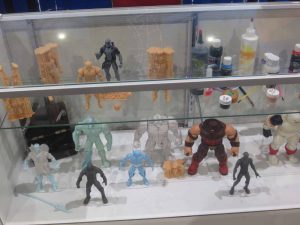 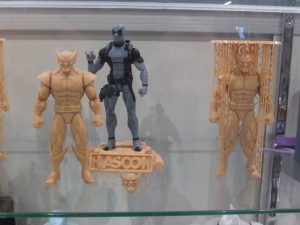 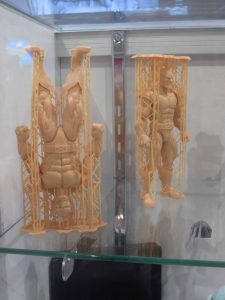 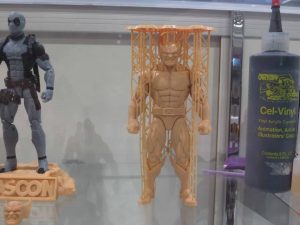 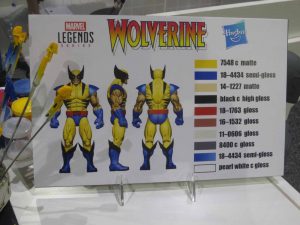 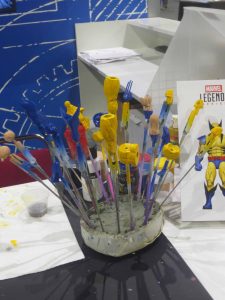 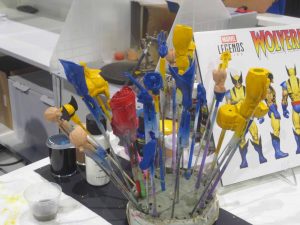 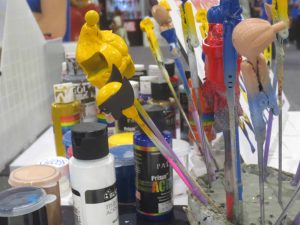 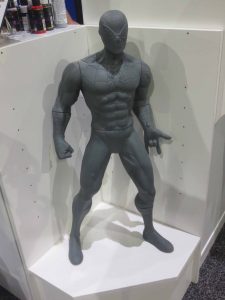