The Hatter Gets Creepy In Gotham 3.04 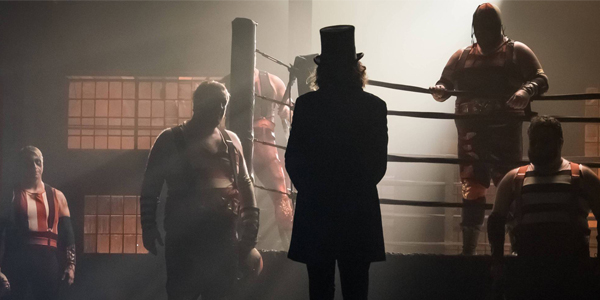 We delve deeper into the back ground of the Mad Hatter in a New Day Rising this week on Gotham.

Gotham is a twisted world and it seems things are even more twisted with the origin of the Mad Hatter. Jervis Tetch in the comics was just insane, creating mind control devises, and trying to recreate the world of the Mad Hatter, always looking for his Alice. His Alices were usually some unrequited love, making him a creepy stalker in the comics, in the TV show it is much darker.

This Hatter learned early on his powers of control could get him whatever he wanted, and he wanted his sister. He learned that Alice had the power of control in her blood, and started to use her. At first it was little things but it eventually turned to twisted incest. Alice was able to break away and run, but she spent her life knowing that some day her brother would come for her. This take on the Hatter is much worse than any comic incarnation of the character, and after a life time of being afraid Alice threw herself a balcony, ending her nightmare.

Gordon was also fighting against the Hatter this week, trying his hardest to not kill himself. It was a tough struggle, but Gordon learned that although the Hatter can control the mind, the person’s own desires help the suggestions.

Elsewhere in Gotham the race for Mayor heated up, with the Penguin trying to buy the election. Nigma however is intent on making sure the people voted in Penguin, ensuring a clean race. It turns out the people of Gotham want the Penguin in office, and like the world of Earth One, he is now the Mayor.

How that will play out and what lasting effect the Hatter will have are sure to ripple through the rest of the season.