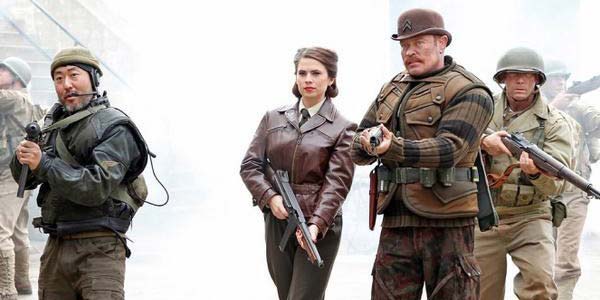 The second season premiere of Agents of SHIELD will feature some Howling Commandos and one ass-kicking special agent.

If you’re anything like me, you’re totally in love with Hayley Atwell’s Agent Peggy Carter.  She was great in Captain America: The First Avenger, playing the perfect counter, advisor and friend to Steve Rogers both pre- and post- Super Soldier Serum.  She was even better in the Agent Carter short, one of the best things we’ve seen come out of Marvel Studios (and that’s saying something).  And fingers crossed, she’ll be better still in the upcoming Agent Carter TV show, which debuts later this Fall on ABC.

If you’re ALSO like me, you probably aren’t that excited for Season Two of Agents of SHIELD.  The TV show that was literally on the top of the must-see list a year ago, a show with the world in its grasp, riding on the goodwill of one of the most critically and financially successful franchises of all time… well, wasn’t really very good at all.

But now, there’s at least one reason to watch the second season premiere– Agent Carter will guest star in a flashback sequence.  And she’s hanging out with some of the Howling Commandos, too! 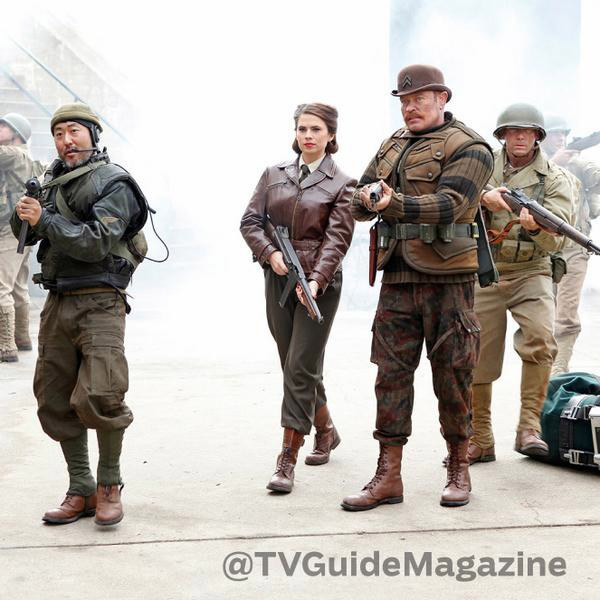 I’m being pessimistic realistic about this, and trying to manage my expectations.  Obviously, the likes of Hayley Atwell and Neal McDonough will kill it in their appearances… but so did Bill Paxton as John Garrett in Season One.  And we all know how that turned out.

So I’m excited to see Agent Carter and the Commandos, earlier than expected.  Not sure I’m tune in live excited, but I am certainly watch on demand excited.  How about you?