The Most Powerful Game in the Universe Lands on iOS 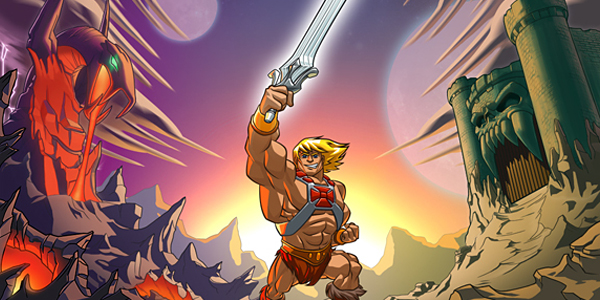 Fresh from their swag-heavy preview showing at NYCC, Chillingo brings He Man: The Most Powerful Game in the Universe to iOS platforms.  Developed by GlitchSoft, He-Man’s latest foray into the world of gaming is far from perfect, but tons of fun and well worth the price of admission.

The set up of the game is delightfully meta – the evil Skeletor has hatched a new scheme to trap the Prince of Eternia in a mobile video game and players are tasked with helping He-Man battle his way out.  Spread across more than 25 stages, the experience is part hack & slash, part platformer, with a light upgrade/skill system thrown in for good measure.  Visually, the game nails it.  The visuals are nice and crisp with vibrant colors that really pop, especially if your i-device is sporting a retina display.  It’s even optimized for the iPhone 5’s larger screen.  The familiar environments like Snake Mountain and Castle Grayskull look great, as to the character designs.  Although they’re a bit more exaggerated and cartoony than they appeared in the classic animated series, you just can’t help but feel a bit nostalgic seeing He-Man take on baddies like TrapJaw and Hordak or interacting with his Trollan pal, Orko.  Similarly, the music is an excellent modernization of the classic Masters tunes. 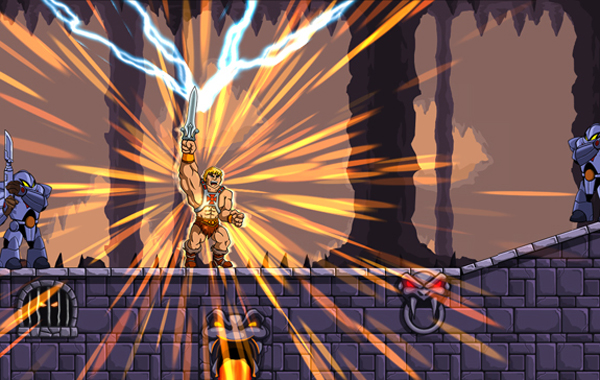 Developers have taken a number of approaches to touchscreen gaming controls and some are more refined than others.  Here, gamers will drag their left thumb side to side in the lower left quadrant of the screen to control the character’s movement and use their other thumb on the right side of the screen to initiate attacks.  Simply tapping the right side of the screen will prompt He-man to swing his Power Sword while other attacks, which can be earned by playing the game, involve directional swipes.  Quickly sliding your thumb downwards can trigger an airborne strike while a backwards swipe will launch He-Man into a devastating uppercut.  Swiping up will make your character jump (or double jump if performed while in midair). 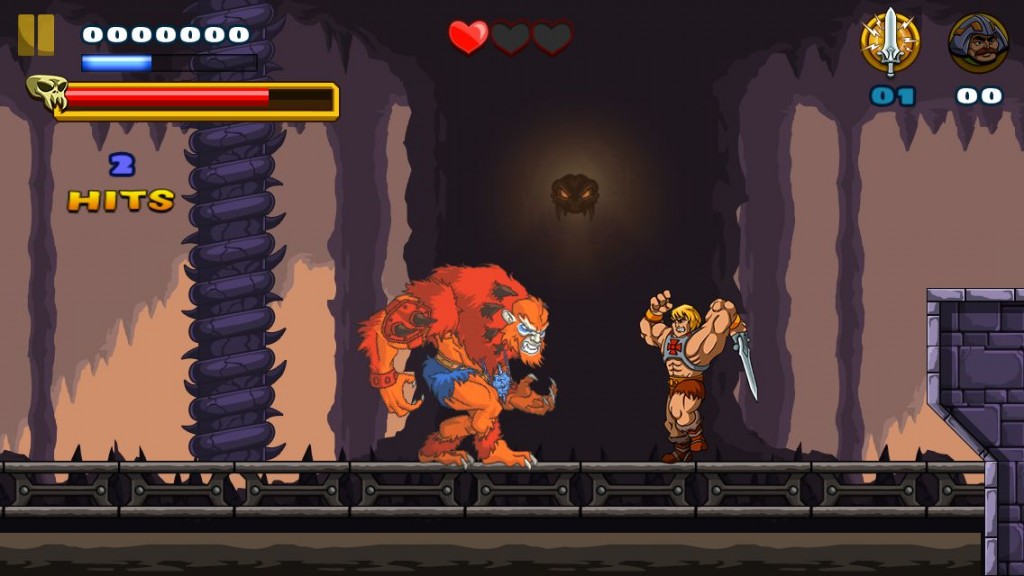 Sadly, while the controls aren’t awful, they could use a fair bit of tweaking.  It can be difficult to change direction quickly on the ground and it’s impossible in mid jump, which can make it frustrating to be surrounded by enemies and causes airborne foes to be far more difficult to destroy than need be.  As it stands currently, the controls are just too stiff and lack the responsiveness they should to make this a fully enjoyable experience.  Even worse, or perhaps just intentionally doubling down on simplicity, is the fact that there is no way to block or parry attacks.  Many enemies that you fail to kill with the first couple strikes of your sword will continue to approach you, barreling through your attacks until they hit and damage you.  Fortunately, if you hit a rough patch, you can always cash in an earned token to call on your friend Man-at-Arms to unleash all hell with his Pulse Cannon or unleash “I Have The Power” mode and temporarily become an invincible instrument of destruction.  This is obviously complimented by He-Man shouting his signature “I have the poooowwweeeeeeeeeerrrr!” – which is, of course, awesome. 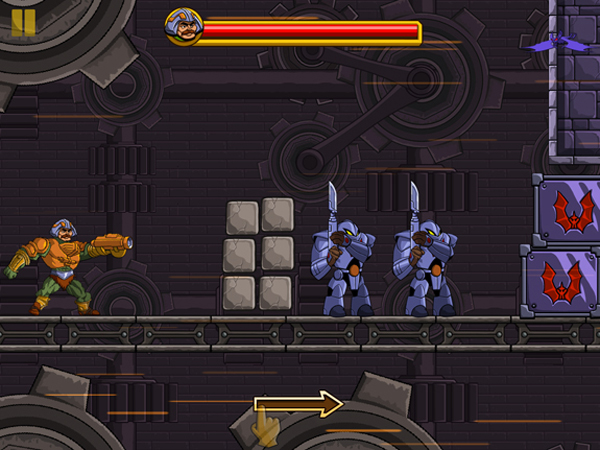 The other item that may turn off some gamers is the presence of the ever-popular business model of charging for additional content – in this case, by visiting the Sorceress’s shop and spending real money on in-game currency to buy upgrades and skills more quickly.  While it is completely possible to finish the quest without resorting to in-app micro transactions, it’s nearly impossible to get them all in one playthrough.  On the other hand, if you can resist the urge to shell out cash for the instant gratification of having that health upgrade now, it will encourage repeated visits to grind in completed levels.  Not only that, but there are also hidden collectibles scattered throughout the game that will unlock concept art, production sketches, and lots of other goodies in the game’s gallery. 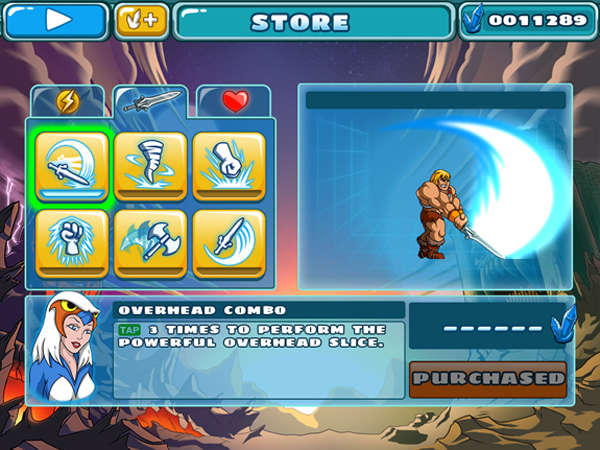 Despite the game’s shortcomings though, I still love it.  And really, for less than a dollar, it almost feels wrong to complain.  For the price, you’ll get hours of thumb-tapping entertainment, wrapped lovingly in a fun, old school beat-em-up.  The stylish art direction and fun plot are reason enough to give this one a try but, even with its control issues, He-Man: The Most Powerful Game in the Universe is a great way to pass the time for hardcore fans and casual gamers alike.