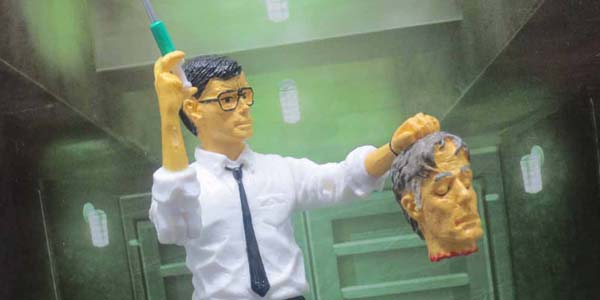 Here’s a not-so-secret bit of trivia about me– one of my top-five, all time favorite movies, ever is Stuart Gordon’s Re-Animator, the (loose) adaptation of HP Lovecraft’s horror short, starring Jeffrey Combs as Herbert West, the demented genius who develops a serum which can bring dead things back to life.  If you’ve never seen it, Re-Animator is a true monument of the schlock genre, with gloriously absurd levels of gore, gratuitous violence, and even more gratuitous nudity… and at the center of the madness is Combs’ Herbert West, a medical student at Miskatonic University who becomes driven by one single, solitary motivation in life– to make dead shit alive again.

As a die hard devotee of Stuart Gordon’s masterpiece, I’ve had a soft spot for Re-Animator merchandise since I first discovered the movie as a teenager, so I’ve been following the development of the upcoming 6″ Re-Animator action figure being developed by Amok Time as part of their Monstarz series for quite some time.  While they continue to refine that figure, they’ve sated us Re-Animator fans in the meantime with an awesome retro-style Herbert West 3.75″ action figure. 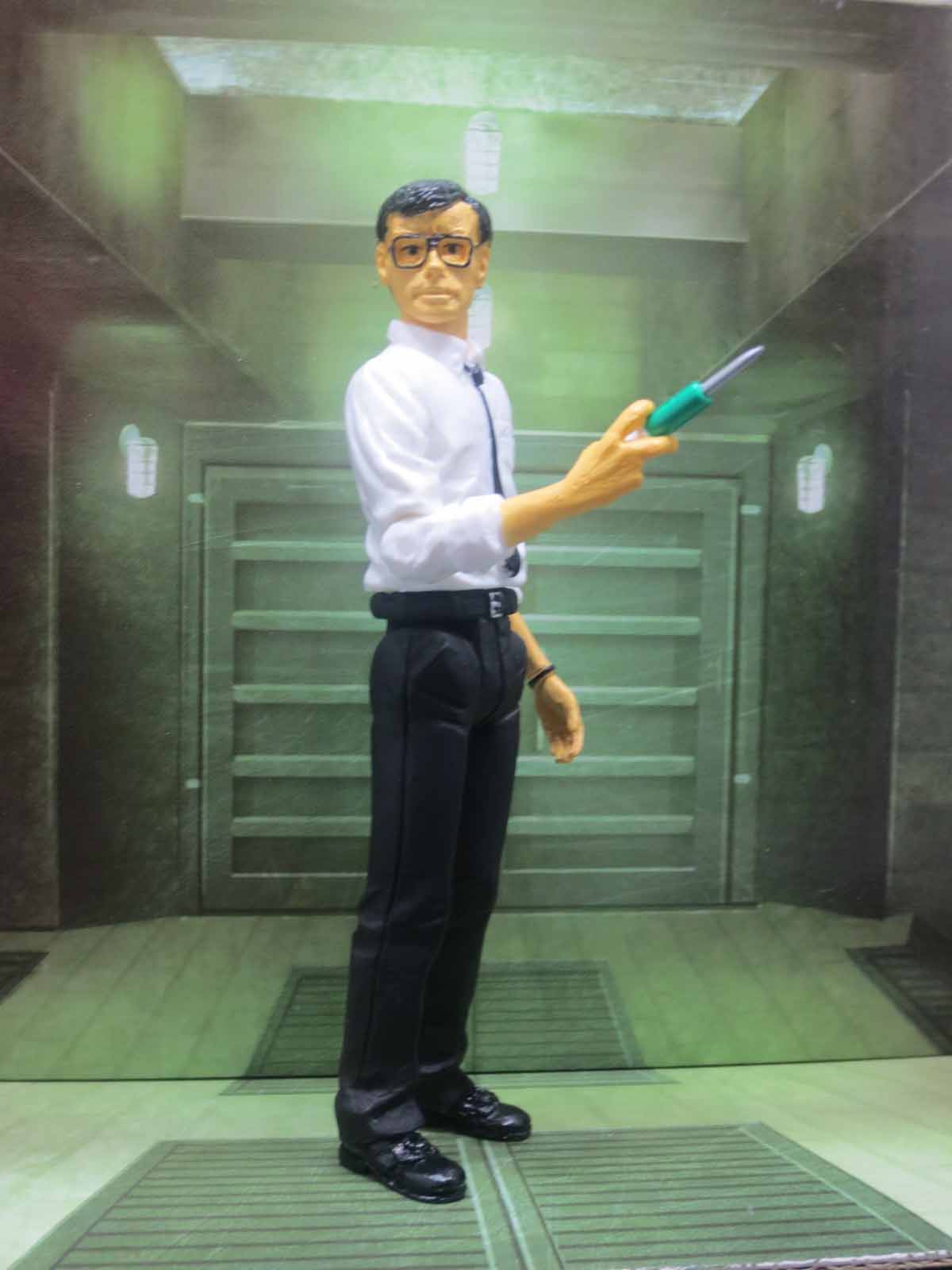 West is an original sculpt, depicting the deranged med student in his signature black pants, black tie, and rumpled white shirt.  For a retro style figure, this sculpt actually bears a great likeness of Combs, in all his nerdy, frumpy, reanimation-obsessed glory.  In fact, there’s an impressive amount of detail on display here, which reaches far beyond the typical “retro” style action figures.

To compliment this level of sculpted detail, West also features a decent range of articulation, including hinged elbows, a swivel waist, and a swivel at his left forearm.  The latter joint also serves as a bonus feature, as the figure is packed with two alternate arms, so Herbert can be posed either with or without the severed head of his mentor/ antagonist, Dr. Hill.

In addition to the alternate hand accessory, the good (?) doctor also includes a syringe filled with his greatest invention, the bright green “Reagent” serum.  The figure’s right hand is posed to hold the needle quite effectively, and he can strike his iconic, ready-to-re-animate pose from the film quite well.

Keeping with the retro aesthetic of this figure, the Re-Animator is packed on a coffin style blister card, featuring key art based on the recent Special Edition DVD release.  The end result is one of the better retro 3.75″ action figures I’ve seen hit the market, and a must-have collectible for all my fellow Re-Animator fans.

The Re-Animator retro action figure is available now from Amok Time, and you can order yours HERE.  Their 6″ Monstarz Re-Animator figure is still a work in progress, but if you’re into Stuart Gordon’s cult classic, you kinda owe it to yourself to give the retro figure a look. 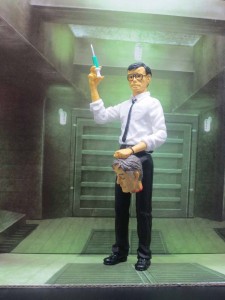 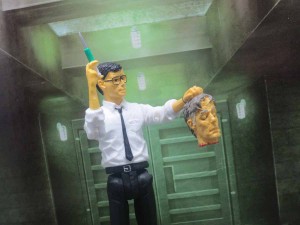 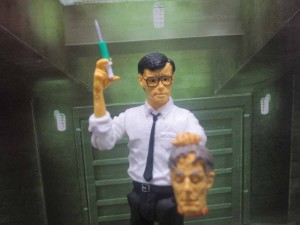 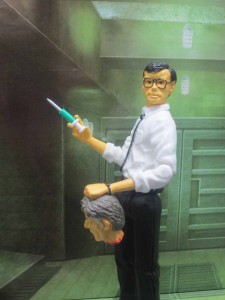 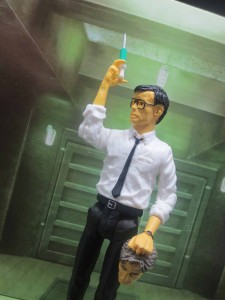 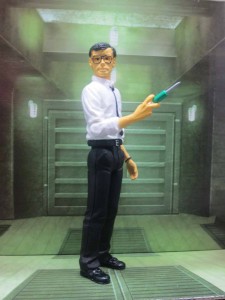 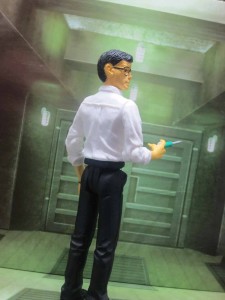 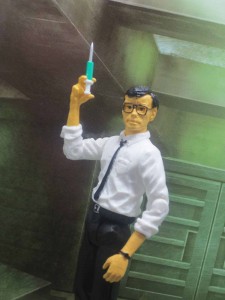 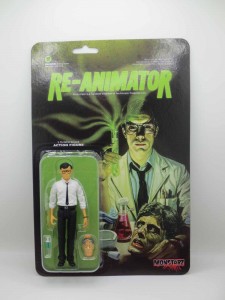 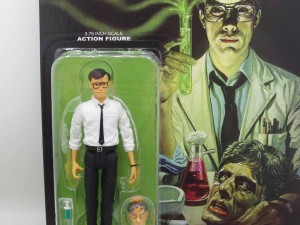 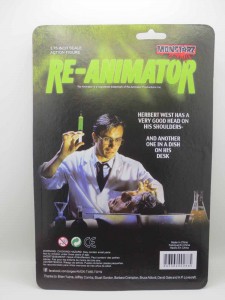