The Heroes in a Half Shell Come to S.H. Figuarts 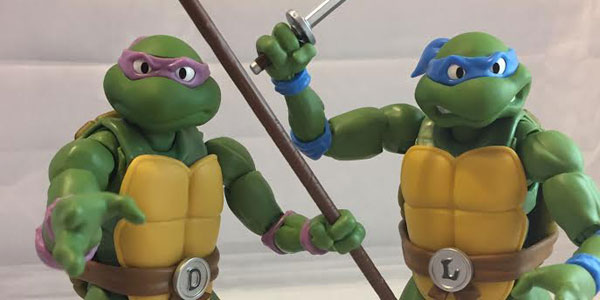 As a toy collector, I love it when companies compete with the same license. They always try to one up each other, and you know who wins? The fans. 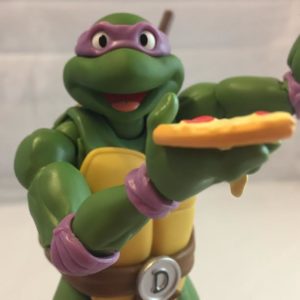 Revoltech came out of the gate last year with their versions of the Teenage Mutant Ninja Turtles and they were cool. They were based on the current cartoon on Nickelodeon and were great sculpts except for the Revo- joints that left the figures feeling brittle. S.H. Figuarts came to the plate swinging for the fences and hit a home run on all points, with figures good enough to make you ask Revo-who?

S.H. Figuarts’ Teenage Mutant Ninja Turtles are based off of the cartoon that ran from 1987 to 1996 and they hit the likenesses perfectly. Leonardo and Donatello are the first two releases. Raphael (who was released early at NYCC this year) is due out next with Michelangelo to follow shortly after. Leo and Donnie each come with their specific weapon, three sets of extra hands, an alternate head, and an accessory.  They also both feature die cast legs– yes, very heavy die cast– in the lower legs and this is BRILLIANT.

The die cast gives the figures an amazing stability to hold poses. It also makes these figures very heavy which does hinder the Act.4 Flight Stands’ ability to do aerial stunt poses. Possibly using the Act.5 Stands would be better for them. These two TMNT figures offer a wide range of arm articulation as well as very good head movements.

Leonardo comes with his 2 katana blades and a sewer cap accessory. You can also choose to have the back of the belt (which is removable) store the sheaths for his blades or have none at all. Paint application for Leo is on point and no errors were noted on my figure. The “L” on his belt buckle is also die cast. 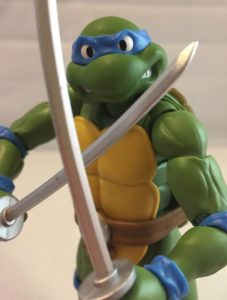 Donatello comes with his Bo-staff and a slice of pizza as his accessory. As with Leo there were no paint errors on this figure. Both scale very well with the TMNT Classic Bebop and Rocksteady figures from Playmates Toys.

S.H. Figuarts made some amazing figures here and I look forward to getting the rest of the team. NYCC also teased a possible Shredder figure for this line that looks beyond words amazing. JQ gives Leonardo and Donatello a 9.5/10!! Do not sleep on these awesome figures!! 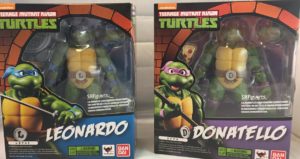 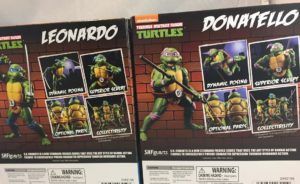 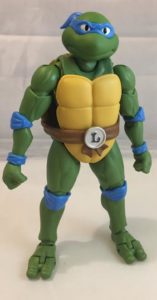 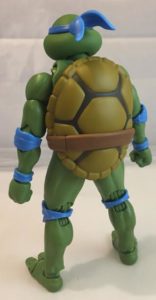 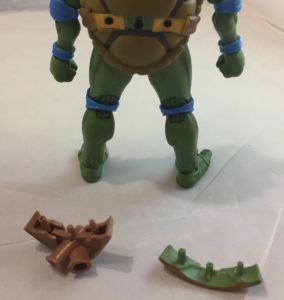 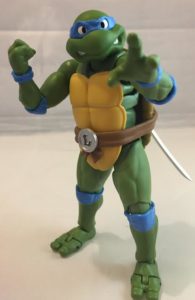 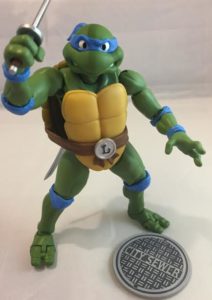 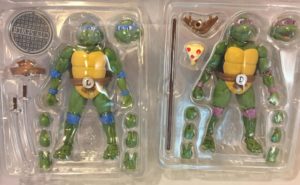 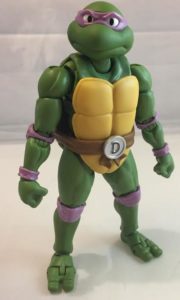 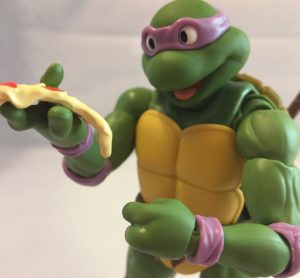 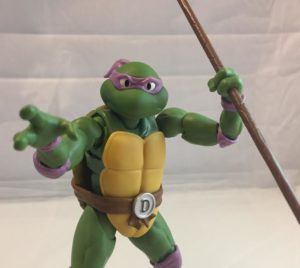 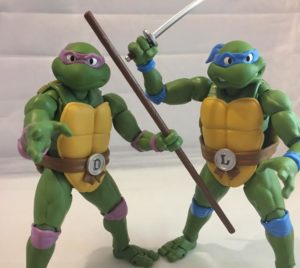 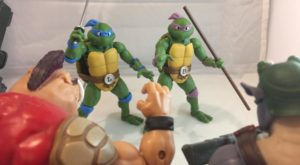 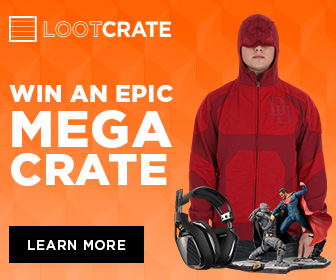