Hiccup & Toothless Take To The Skies 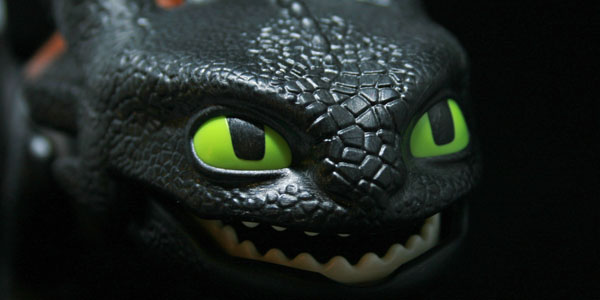 Playmobil’s How To Train Your Dragon line captures the look and wonder of the films.

Toothless might be one of the cutest monsters in film and TV. From his first moments on screen in the first How to Train Your Dragons film to the TV show this companion has captured the bond between boy and pet perfectly. Playmobil’s new line of Dragons captures that feeling and brings it to little hands. The new Hiccup and Toothless set is the perfect entry point to the line. 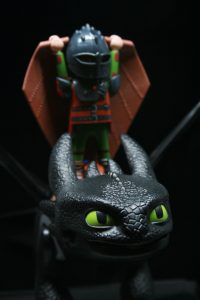 There are times when characters are sold separately to get consumers to buy more, but Playmobil has done an amazing job keeping things together in both the Dragons and the Ghostbusters. Your collection will only be enriched by buying more sets, but this set is magic in a box.

Hiccup is your standard Playmobil figure in size and style but there are a few add on that separates him from your average figure. Like the film he has his armor and metal lower leg, capturing the overall design of the character while still being a Playmobil figure. Hiccup has alternate hair which allows him to wear his helmet. To round out his look are his own wings and flaming sword. The figure and armor are pretty smooth, but the wings have some texture to them, which adds to the overall ascetics of the figure.

Toothless is the real star of the set, turning the animated character into a toy. There are times when action features stand out on a figure and ruin the overall look, that is not the case with Toothless. He has his signature Hiccup made tail and smirk, but also has a fire breathing action feature and light up spikes. Action features are usually added to a toy to make them more marketable, but in this case the sculpting on Toothless is worth the price of the set alone. The addition of action features are just a bonus to a great figure. His wings also have a great range of motion, allowing a lot of fun poses for both Dragon and rider.

You can find this set at most major retailers, and once you get it in hand you will know why you need more Dragons in your life. 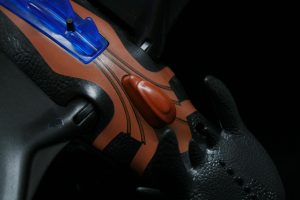 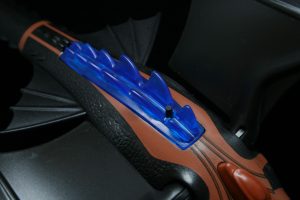 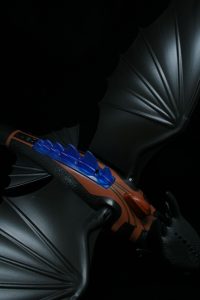 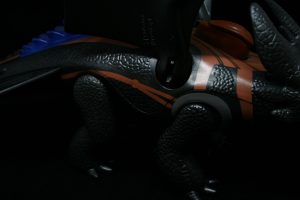 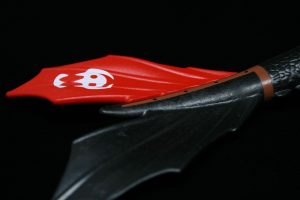 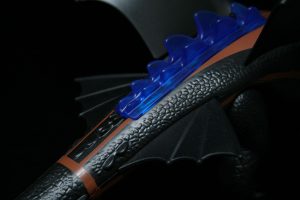 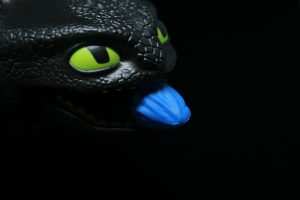 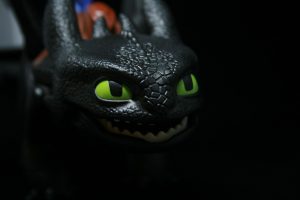 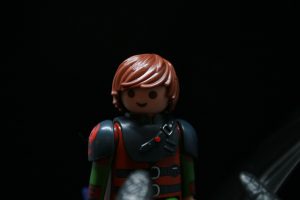 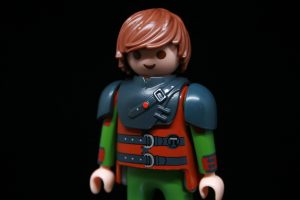 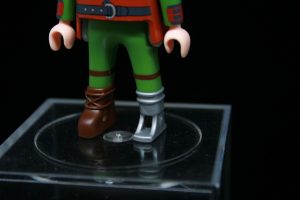 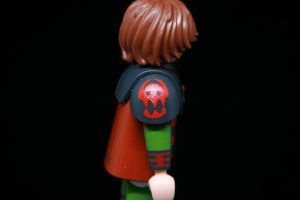 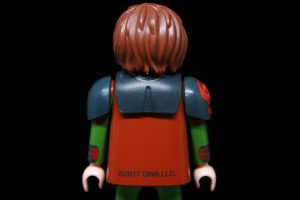 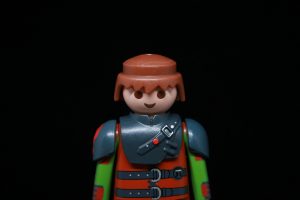 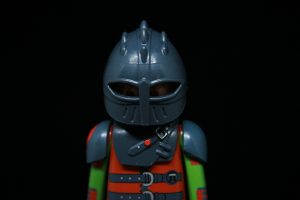 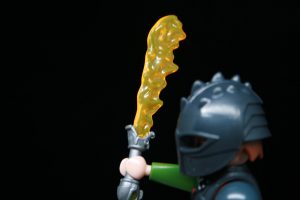 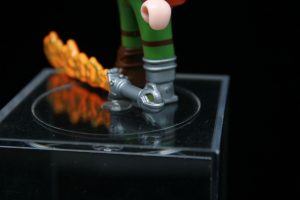 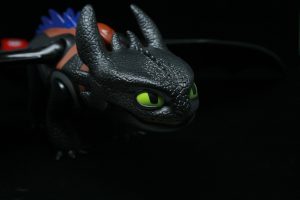 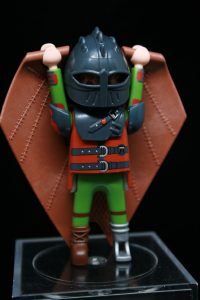 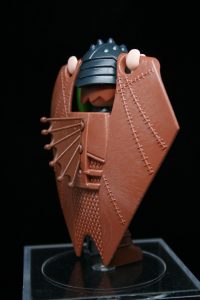 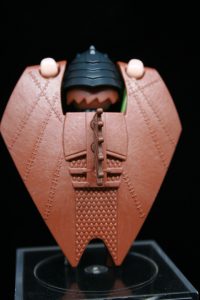 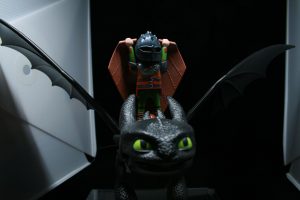 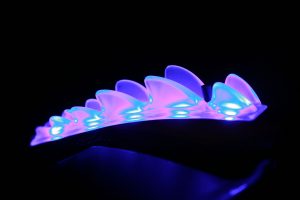 Thanks to Playmobil for this review sample.