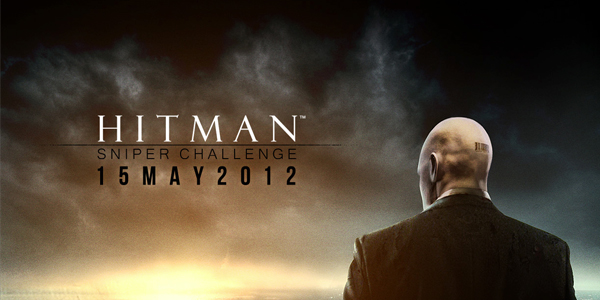 Square Enix has issued a press release outlining what is possibly the most awesome pre-order bonus ever.  Any North American gamers who have ordered Hitman: Absolution through GameStop will have immediate access (starting Tuesday, May 15th) to a stand-alone downloadable title called Hitman: Sniper Challenge — a mission tracked by online leaderboards in which players can compete for real-life prizes.  In addition, the Kazo TRG sniper rifle that was previously announced to GameStop customers will first appear in this title and then be carried over into Hitman: Absolution along with any skills and upgrades you had earned in this preliminary title.  Check out the official press release from Square Enix:

Developed by IO Interactive A/S, a Square Enix studio, HITMAN: SNIPER CHALLENGE is not part of the main game, but a stand-alone experience to reward fans who pre-order HITMAN: ABSOLUTION. Players can don the suit of Agent 47 as he takes on an exclusive assassination assignment. From a balcony overlooking a rooftop gathering, players will be tasked with taking out Richard Strong, Jr., CEO of Stallion Armaments, along with his entire staff of bodyguards. Skilled players will capitalize on score multipliers, hidden secrets, unlock equipment upgrades and marvel at the many creative ways one can discretely dispose of a body while they work to fulfil their contract in the most efficient way possible.

An online leaderboard allows players to compare their sniping abilities with monthly prizes, keeping the stakes high through launch. In North America, the top sniper at the time of HITMAN: ABSOLUTION’s launch will win a trip for two to Copenhagen, Denmark where they will meet with the HITMAN development team and have their likeness incorporated into the next HITMAN game.  Keep an eye on www.HitmanSniper.com for more details. Additionally, the high-powered Kazo TRG sniper rifle used in the challenge can be carried over into the main game along with all the “Sniper Challenge” upgrades and unlockables earned.

“HITMAN: SNIPER CHALLENGE sets a new industry standard for pre-order incentives,” said Mona Hamilton, vice president of marketing at Square Enix, Inc. “For all those HITMAN fans that just can’t wait to play HITMAN: ABSOLUTION, they can immediately take part in an exclusive competition featuring the original assassin when they pre-order at GameStop.”

Available May 15, HITMAN: SNIPER CHALLENGE will be downloadable exclusively for customers who pre-order through GameStop for the PlayStation®Network and Xbox LIVE®. The Windows PC version will be made available through Steam on August 1, 2012. For more information, please visit: www.HitmanSniper.com.

* Customers will be able to pre-order HITMAN: ABSOLUTION from May 15 and will be able to play HITMAN: SNIPER CHALLENGE from May 15 through access to Xbox LIVE or PlayStation Network. The PC version will be made available through Steam from August 1. Terms of the pre-order program will be set by individual retailers in each country where HITMAN: ABSOLUTION is available for pre-order. Please refer to retailers for full terms and details.”