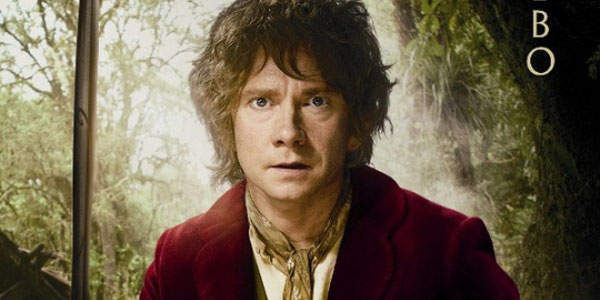 I loved Peter Jackson’s adaptations of The Lord of the Rings. PJ did an amazing job of boiling down the almost endlessly expansive books into a dense and compelling trio of films that packed equal amounts of emotion, visuals and strong storytelling.  Ever since his time in Middle Earth, though, Jackson’s projects have seemed overly indulgent– bloated films like King Kong that sacrifice the strong narrative drive of LOTR in favor of fan-fic details that Jackson seems to love so much.

When the director announced his adaptation of The Hobbit would be expanding from two to three films, it seemed that PJ’s return to the LOTR universe would bring his new filmmaking baggage with him.  I’m still incredulous exactly how a barely 300-page children’s book can be stretched into three 3-hour films, and not feel excessive and filled with stuffing.

Jackson’s not helping his case at all with this ludicrous amount of character one-sheets for the first installment of his Hobbit trilogy, An Unexpected Journey.  The posters look good, that’s for sure– I think Martin Freeman’s casting as the younger Bilbo is genius, and it’s great to see familiar faces like Galadriel, Gandalf, and even Gollum.  The company of dwarves play a big part in The Hobbit, but giving each member of the team his own sheet is where this idea kind of veers off-course.  As wall art, each is well shot, offering a good look at the subject, so all 13 dwarf posters wold certainly look great together on one really large wall… but I just can’t see that shot of Balin really doing anything to sell tickets in a movie theater lobby.

I know a lot of people have already written The Hobbit movies off, and I am absolutely not one of them. I’m still excited for a cinematic return to Middle Earth, and I’m really hoping Jackson can bring back the magic of his LOTR series. He’s working from great source material, a great cast of new and returning favorites, and the same incredible production value, courtesy of WETA…  The only thing in PJ’s way is himself.

Click Here to see all 17 posters on Empire Online