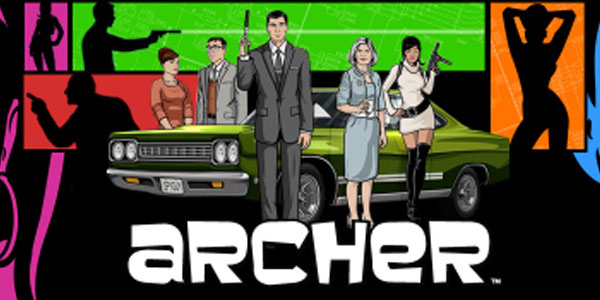 Do you think they’ll smell of liquor?

The world’s most narcissistic secret agent– and his ISIS colleagues– are getting their own toy line!  Factory Entertainment revealed they have acquired the license to the funniest show on TV, which will include everything from plush dolls to statues to collector-oriented action figures.

This is awesome news for me (not as much for my wallet)– Factory Entertainment’s press release below gives a few hints at what we’re going to see when they debut the line at Toy Fair in a few weeks, and the inclusion of items like a plush of the wee Baby Seamus and Pam’s dolphin hand puppet prove these guys really get the property.

I mean, how could you NOT want a dolphin hand puppet of your own???

Here’s the press release… expect more coverage on this exciting line when Toy Fair kicks off in February.

Concord, CA –Factory Entertainment, Inc announced today that it has entered into a multi-year licensing agreement with FX Networks to produce a line of collectibles from its hit animated award-winning comedy series, Archer.

Featuring the exploits of ISIS (International Secret Intelligence Service) agent Sterling Archer, voiced by Emmy® nominee H. Jon Benjamin, Archer is hilarious adult animation at its best. The fourth season of  the show, which premiered on January 17th, delivered stellar ratings and will run on Thursdays at 10pm e/p for 13 weeks on FX.

Factory Entertainment will be offering a wide variety of Archer products across several categories including:

These and a number of other products are currently in development with a planned release starting in the spring of 2013. Initial prototypes will be unveiled in the Factory Entertainment Booth at New York Toy Fair in February.

“We are big fans of the show and so a line of Archer licensed merchandise was a natural fit for us” said Jordan Schwartz, President and CEO of Factory Entertainment. “Its brilliant, edgy humor offers a rich resource of appealing and amusing product ideas” Schwartz continued, “we think Archer fans will be really pleased with what they see!”