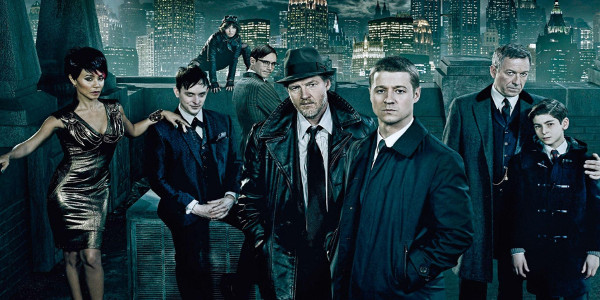 I’ve pointed what’s broken. Now how to improve it?

Previously I spoke about what was wrong about GOTHAM, but it seems one of the ways to fix it would be to add more Batman myths. Yes, I’m contradicting myself, except, I’m not. 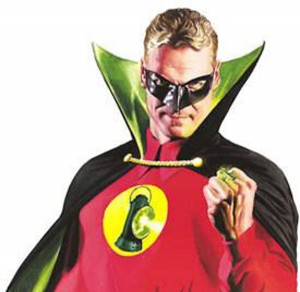 Who: Alan Scott is also known as the Golden Age Green Lantern. His powers were fueled by a ring that was powered by magic. In the comics, Alan was also a crime fighter based in Gotham. He (along with Batman) protected the city. After the Crisis on Infinite Earths, Alan preceded Batman as Gotham’s protector. He was eventually put in charge of Gotham Broadcasting Company (GBC).

Why: Seeing how Alan is in charge at GBC, it seems to make sense to introduce him into the TV show. You can make him an over ambitious TV producer wanting to do an exposé on the Wayne’s murder or the corruption in Gotham PD. Either one would work within the realm of the show. Just keep the Green Lantern elements out show. 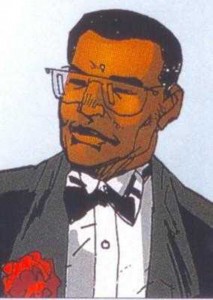 Who: The CEO of Wayne Enterprises. In the comics, Fox is a financial wizard that was able to get Wayne Enterprises out of bankruptcy.  In the movies, he was played by Morgan Freeman. It was here where Fox was seen as more of armorer to Batman for his war on crime.

Why: Fox just seems like a no brainer. Wayne Enterprises is still running, even after the death of the Wayne’s, so why not have Bruce visit the office to see what’s going on? Gotham’s Bruce seems like an inquisitive kid, so it makes sense to have him visit Fox and Wayne Enterprises. 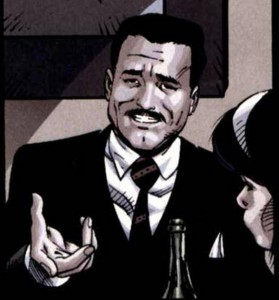 Who: One of the more major organized crime families in Gotham. For the longest time, the Bertineli’s were the head mafia family, but that all changed when every member was killed. Only one Bertineli survived…Helena Bertineli, Who, you might recall, later become the Huntress.

Why: Personally, I don’t think that the Falcone’s and the Maroni’s should be the only 2 crime families in Gotham. I wouldn’t have an issue with a third. You just don’t keep them on for an entire season. Just one or two episode and then kill them off. However, I can’t see the producers using the Bertineli’s, because they are currently tied into Arrow. 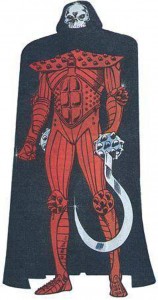 Who: Judson Caspian was a wealthy socialite, like the Wayne’s, who’s wife was murdered in front of him and his daughter. Because of the murder, he became a vigilante against crime on the streets of Gotham. But, unlike Batman, the Reaper is willing to kill and no crime is too small for him…even prostitution. He’s almost like the Punisher, but uses blades more than guns.

Why: I love the idea of vigilante running around the street of Gotham that doesn’t have the same moral code as Batman. He would really make for a great villain for Gordon and Bullock to try to stop and some precedent for vigilantism in Gotham. 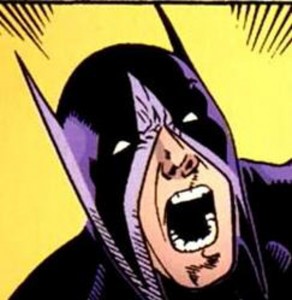 Who: You could say he’s Batman’s opposite number. The Wrath was “born” the same night as Batman. The Wrath’s parents were criminals that were killed by rookie cop, James Gordon. Like Batman, the Wrath traveled the world to learn how to be the best. But in the Wrath’s case, it was to be the best assassin. He is Batman’s equal in every way, with one exception: the Wrath is willing to kill.

Why: OK, honestly, I always loved this character and technically he only appeared in one issue (Batman Special #1 1984). Unfortunately, he ended up dying in the very same issue he first appeared in. But this story just always stuck with me. In Batman Confidential #13 (March 2008), we are introduced to a new Wrath, Elliot Caldwell. In that issue, we find out that Caldwell was pretty much the original Wrath’s “Robin”. To have a kid in the same situation as Bruce on Gotham would be amazing. The best way to introduce him, though, is have him meet Selina first, then Bruce. 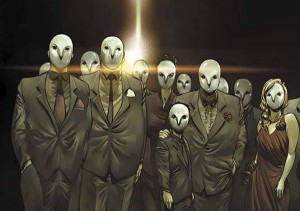 Who: The Court of Owls is a secret society that runs everything in Gotham. There’s nothing they don’t have their hands in and have been around since Colonial times. They’re made up of some of Gotham’s most richest and powerful families. They’re ruthless and very secretive in obtaining their goals.

Why: I love conspiracies. We’ve seen on Gotham that Falcone seems to have the run of the town. Then there’s the Penguin, who’s doing whatever he needs to be take that power. But add this another level, a secret society that neither Falcone or Penguin is aware of…that would be incredible. Both men think they are the one in charge, but neither one has any clue that they are being manipulated by the Court of Owls and what they want done. That would make for some great TV. manipulated to doing what the Court of Owls really wants done. That would make for some great TV.

Finally I have one honorable mention. And the only reason I put this one on this list is how freaky goofy the episode, Viper (where people were using a drug that was a prototype of Venom) was.  Well, we might as well have this one as a guest star on Gotham… 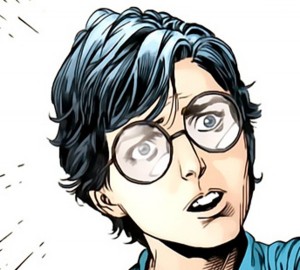 Why: Why the hell not?!?!  Like I said about the Viper episode, the show’s writers already went there, might as well as go farther. You can have Jonathan Kent come to Gotham for a farmer’s convention (or something like that), and bring Clark with him. Somehow have him and Bruce meet and hang out. Just kind of hint at some of Clark’s super powers, though. Nothing big.  Let’s keep it to the x-ray vision or super strength, invulnerability or super hearing. Bruce becomes suspicious of some of Clark’s behavior and it goes on from there.  It would work. So, let’s just go past the point of no return and introduce Clark.

Love them or hate them, those are my suggestions on how to improve Gotham.  Hopefully, when it comes back after it’s mid-season break, it’ll be better. But, I’m far from optimistic on this one…