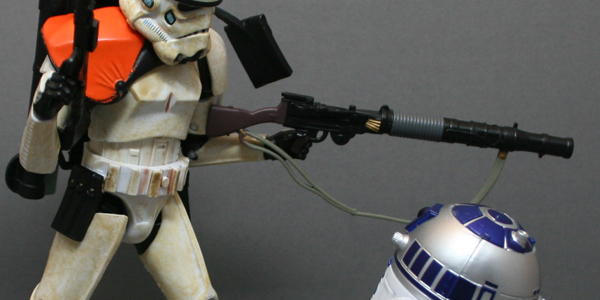 The six inch Star Wars Black Series started off with a bang at SDCC this year, and right now the first wave of figures is just starting to hit e-tailers and stores across the country. We take a close up look at the first three figures from Episode IV.

So a Droid a Stormtrooper, and young Jedi sit on my desk and I feel like I’m five years old again. The first few figures in the Black Series are a hit from top to bottom. 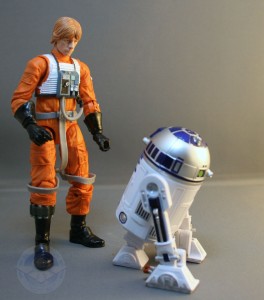 The detailing of the figures in this new scale for Hasbro is balanced, keeping the look of the onscreen characters while still being well articulated. The joints on the figures are well hidden within the sculpts of the figures, but don’t lose the poseability of a toy. The paint on each is well done, with only minor issues. Those small issues like some over-bleed on the Sandtrooper’s collar should not detract collectors from buying them from e-tailers.

Now let’s take a closer look at each of the three:

The Sandtrooper will no doubt get a good deal of mileage in this line. The body can be reused for Stormtroopers, Biker Scouts, and parts for Clone troopers. The paint on the figure is mostly clean even with the sand and dirt wash over the figure, reflecting his time combing Tatooine for the Droids. The figure, like Boba Fett, has some posing issue due to the armor around the hips. The trooper also has a good number of accessories including a back pack, and three guns. Each weapon has a good amount of detail and are battle-worn like his armor. Collectors may start to snatch these up even at the higher price point for army building. 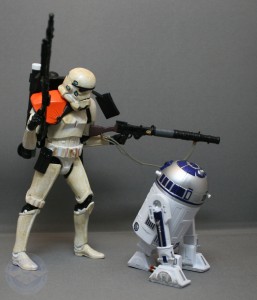 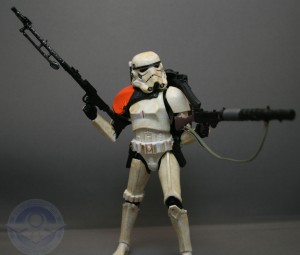 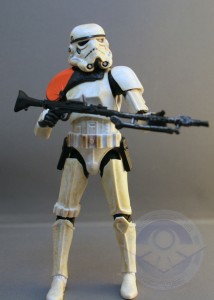 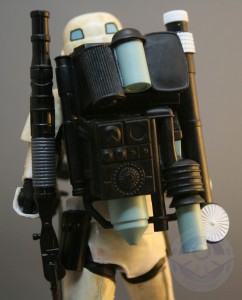 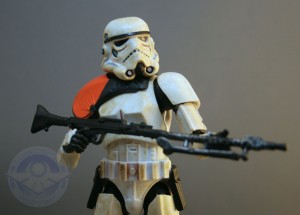 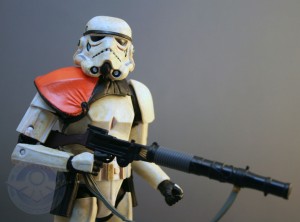 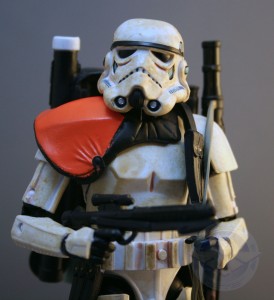 R2D2 the famous and beloved Droid is everything a collector can ask for in a figure. He is a little clean for the character, but it does not take away from having this figure in your collection. The temperamental Droid has add on’s, secret compartments and a hidden third leg. You can’t force the center leg to descend, to release it from the center body a few turns of the head are needed. R2 has two front compartments with “arms”, three removable top pegs to attach an antenna, a light saber, and a jammer, and leg jets. All the attachments can be added or removed depending on the display you are trying to create. Some fans have argued his is a little too large, but he looks great next to Luke, the real test will be when his companion comes out in a few waves from now. This figure is so near perfect, it might be the only version of the character needed in this scale. 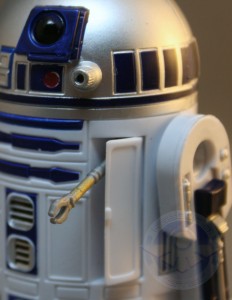 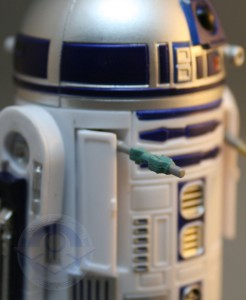 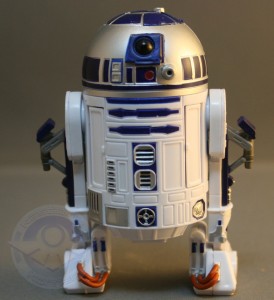 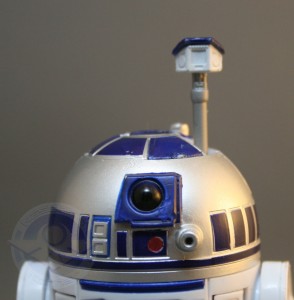 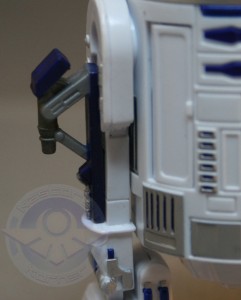 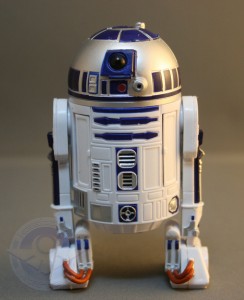 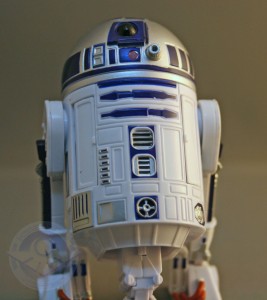 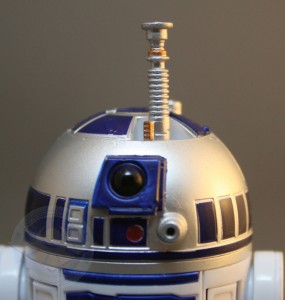 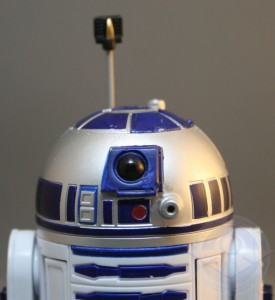 Finally Luke Skywalker rounds out the Episode 4 figures in this wave. Luke comes dressed in his X-wing pilot jumpsuit with his helmet, blaster, and light saber. The figure is well painted and sculpted, but is missing one important piece– a holster for his blaster. Looking at Episode IV images his suit is missing that, but he does have one in Episode V. So Hasbro might have created a reason to buy one other version Luke in this costume. On figures in this scale who wear helmets usually make either the helmet or the figure’s head look big but Hasbro was able to balance the two. The lightsaber has a detachable blade and his belt has a hook to hang the weapon. 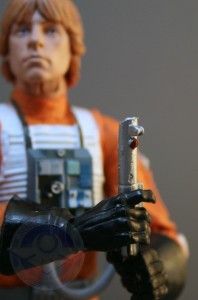 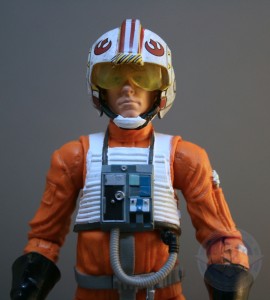 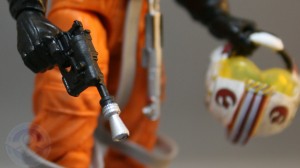 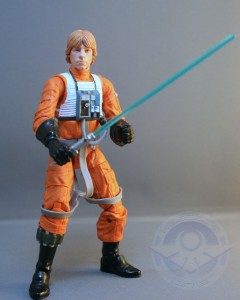 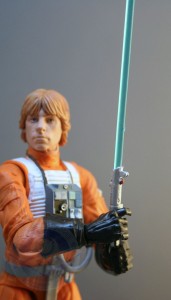 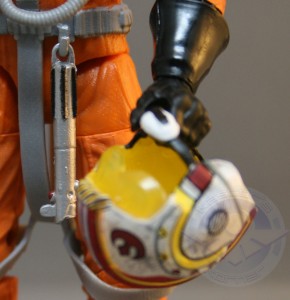 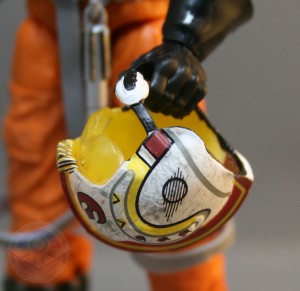 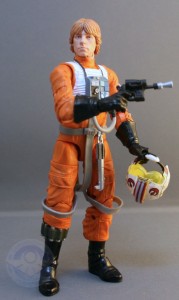 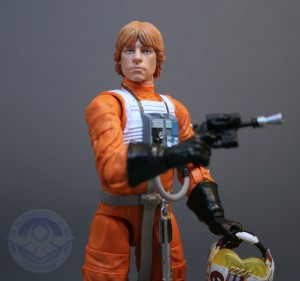 Overall these figures are a great value, especially considering what some Hasbro rivals are passing off for figures in this scale at this price point. Our sponsor Mike’s Comics-N-Stuff has these great figures in stock NOW, so Click Here to order yours today.