Looking Back at A New Hope 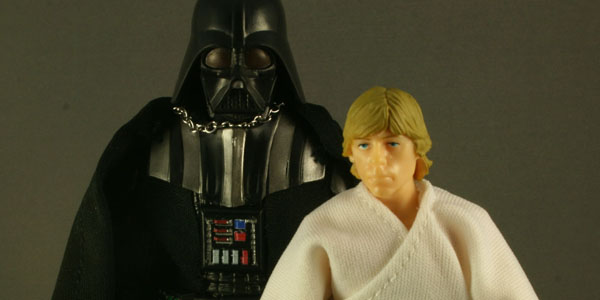 The newest Luke Skywalker in the Star Wars Black Series from Hasbro travels back to the first film.

Watching Star Wars was an event as a kid, once a year my Tida or Mom would pop some popcorn and watch it once on HBO. Now we can watch movies anytime, but then it was only once a year. I did not watch it every time it repeated, or record it (we did not have VHS or beta yet) so we made it something special. The Wizard of Oz was the same, but for me the event was Star Wars, and honestly until I was a teenager I had no clue it was called A New Hope.

Luke was the hero, but not a badass. He was a mix of Daniel Larusso and Marky McFly with the coolest weapon in the world. We had no clue he was a Jedi yet, the girl he had a crush on was his sister, or his dad was the big bad guy, he was just our hero. So three years or so into this line we finally get the first Luke.

This Luke matches with the rest of the line, the right height, look, and accessories. Missing is a wash on the face, in some cases the companies count on the natural light to add in the shadows but in this case he looks rather plain. I know this is the mass retail line, and not the high priced imports, but slight shading on the face would have elevated this to am amazing figure. The articulation is well done allowing poses, and the tunic is well executed. The tunic could have been an issue, but as long as you don’t take off the belt you should be fine. Im not sure I would be able to get it back to perfect if I took it off.

This is starting to round out the original cast with Leia on the way later this year all that is left is C3PO and Obi-won.

Grab him while you can since he is one per case at the moment and only showing up at Target this month. 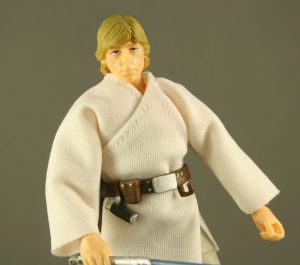 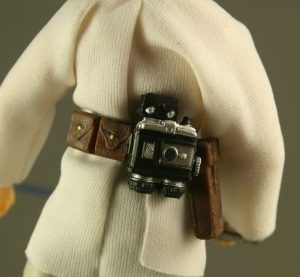 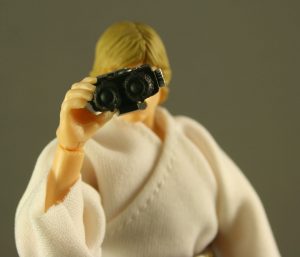 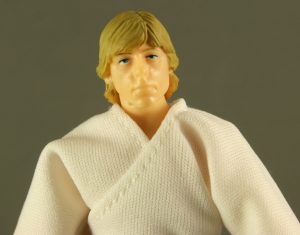 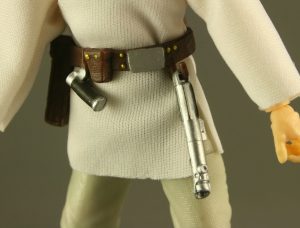 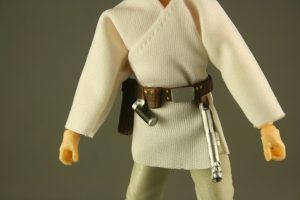 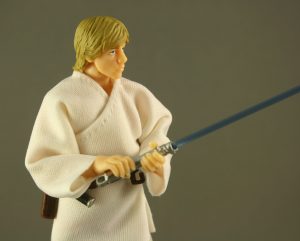 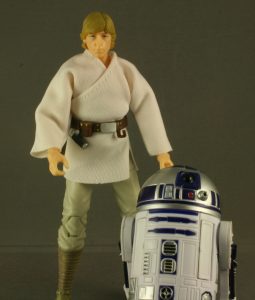 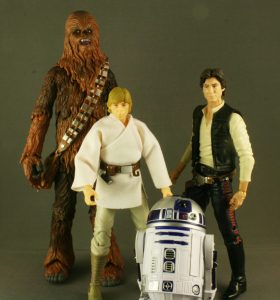 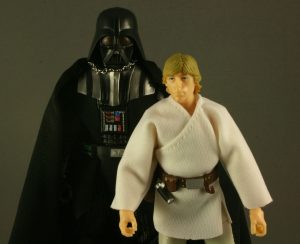 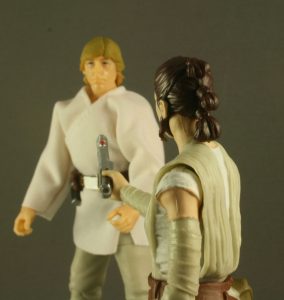