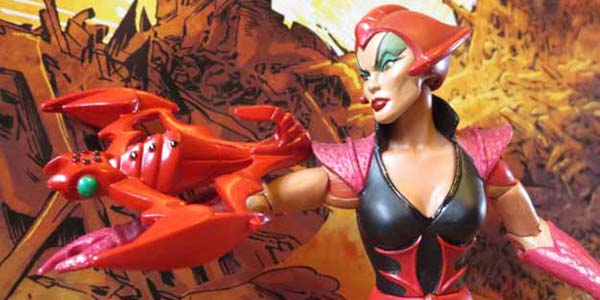 A new face for the Horde makes up half of May’s Masters of the Universe Classics offering from Mattel.

Scorpia made her debut on the Princess of Power cartoon show in the 80s, but she’s never received the toy treatment until now, as part of Mattel’s Masters of the Universe Classics.  The scorpion-themed villain makes for a visually dynamic figure, even if she’s not the most integral character for Mattel to have hit in this penultimate year of MOTU toys.

On her own merits, Scorpia is pretty great– she features tons of new tooling, including her creepy exo-skeletal claw hands and scorpion tail.  The sculpt includes lots of rough, scaly texture which offsets nicely against Scorpia’s black Horde bodysuit.  And her face is one of the best female portraits we’ve seen from the Four Horsemen, with her regal, angry expression blending beauty and wickedness perfectly.

The Horde villain includes all the standard MOTUC model articulation, so you can hit plenty of poses with her, and her helmet replaces any long hair which has inhibited the range of motion on the neck on past MOTU women.  Scorpia’s tail also features some articulation, and while I think a bendable wireframe would have been more effective overall, the swivel joints still allow the piece some solid movement.

Scorpia comes packed with her own Horde crossbow, which can clip on either wrist, and whose gloss red finish ties together nicely with the shades of red on the figure itself.  That’s Scorpia’s only accessory… although I guess when your hands are scorpion pincers, using them to hold weapons isn’t very important.

2014 and 2015 are the years when Mattel has said they are committed to delivering all the core cast from the vintage Masters of the Universe series as well as sub-sets like PoP and New Adventures.  Scorpia’s presence on the PoP TV show means there’s some precedent for her to be included here, although since she was never part of the vintage line she’s certainly on the bubble of relevance in the overall collection.

That being said, Scorpia is a great figure, well articulated and beautifully sculpted.  And if we’re going to get tangential characters in the MOTUC line, I’m always most happy to see Mattel opt for another female character to add some diversity and balance out this male-heavy toy line.  Like Octavia before her, Scorpia isn’t necessarily the most critical character to hit for this series, but when the end result is a figure this cool, it’s hard to not be happy to add her to the collection. 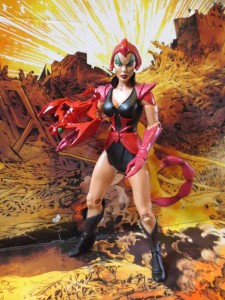 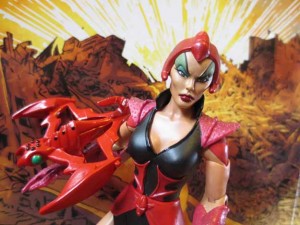 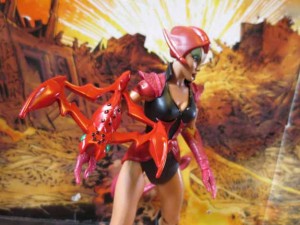 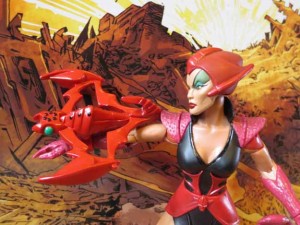 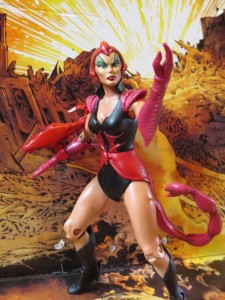 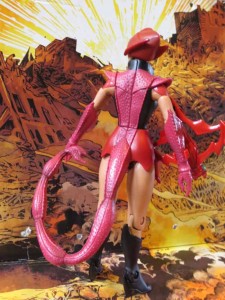 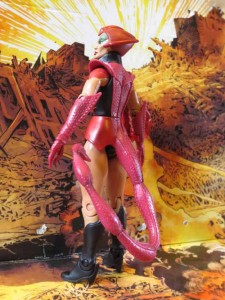 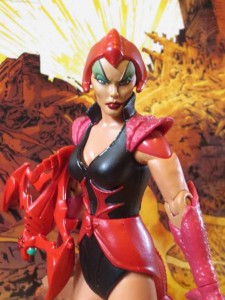 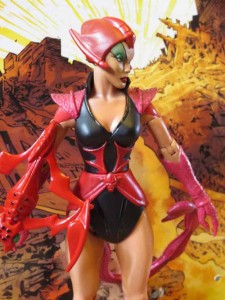 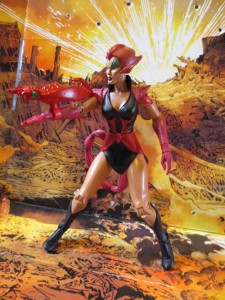 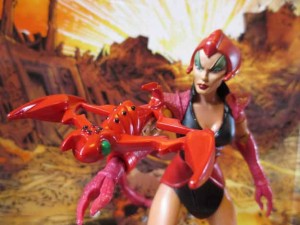 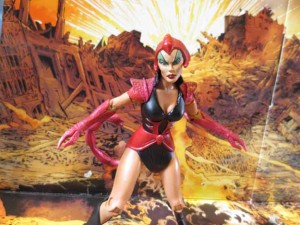 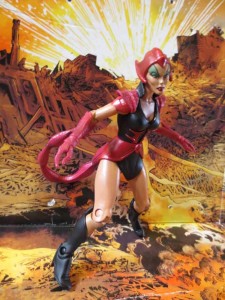 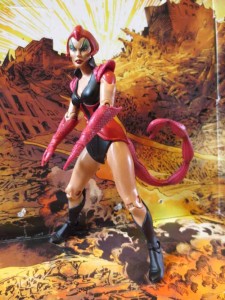 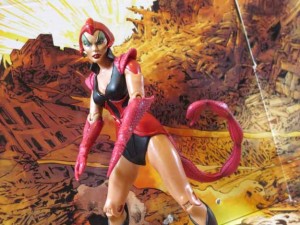