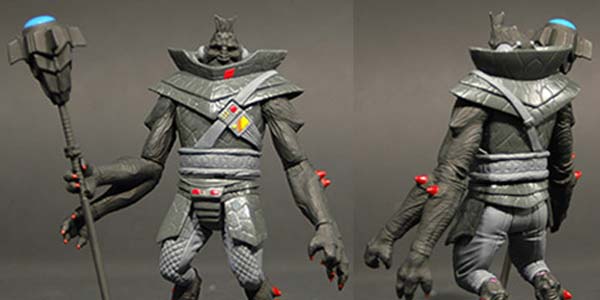 A Power Lords exclusive– and their original creator– will be at the Four Horsemen’s NYC art show.

In the past the Four Horsemen have brought an exclusive item to their Toypocalypse art show, and this year Power Lords fans are in for a treat– the toy designers will be selling an exclusive “Barlowe Concept Color Ggripptogg” figure at the show.

Based on fantasy artist Wayne Barlowe’s original color design for the Power Lord creature, this figure looks pretty striking in his grey, black and red deco.  Barlowe will be on site at Toypocalypse, and will even be signing the figures… how cool is that??

If you can’t make it to NYC next week, the Horsemen will also be releasing a limited quantity of the figure on their website after the gallery.  Get all the details on the new release below:

The limited number of figures being sold at the Toypocalypse 4: FanEXtasy show at TT Underground Gallery in New York City on Saturday, February 15th are going to be up for sale to anyone who attends the show, and one per person at $25.00 each. Each figure will be signed by Wayne Barlowe himself and Wayne will be in attendance at the show if you’d like to meet the man behind the Power Lords madness, as well as the acclaimed concept artist/creature designer on such blockbuster motion pictures as Avatar, Hellboy, Hellboy 2: The Golden Army, and Pacific Rim!

A limited amount of these figures will also be available unsigned through the Four Horsemen’s online retail outlet, Store Horsemen a week or so after the show, but those will first be made available to Power Lords Fan Club members only for the first 48 hours and we expect them to go fast!

Below is an image of the exclusive “Barlowe Concept Color Ggripptogg” figure, and the artwork that inspired it taken directly from Wayne Barlowe’s website. To check out more of Wayne’s incredible artwork, just go HERE, and to go directly to this image so you can get a look at the higher resolution version, just got HERE. 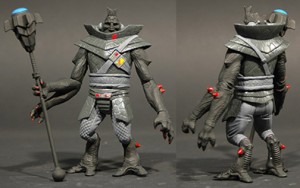 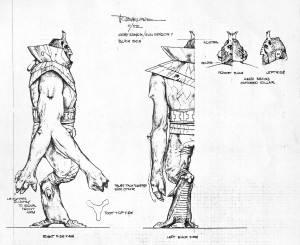