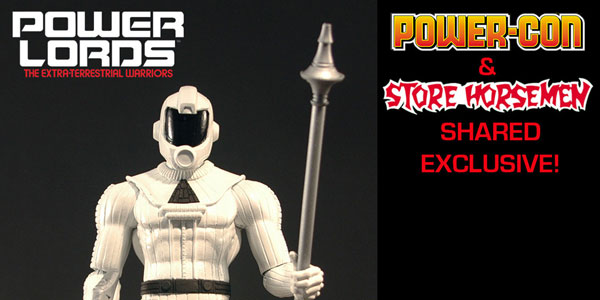 The Four Horsemen’s new Power Lords toy line launches with a pair of exclusive figures at this weekend’s Power-Con.

The eagerly-anticipated Power Lords reboot by the Four Horsemen is getting closer and closer, with all new versions of classic characters and creatures from the semi-forgotten 80s toy line.  And things kick off at Power-Con in a few days, when the Horsemen release two exclusive Power Soldiers– one in white armor and one in black.

The ever-considerate Horsemen will also be selling these figures on their website starting next Monday the 16th, so fans who can’t make it to Power-Con won’t have to miss out.

Both figures look great, with an amazing amount of detail packed into the sculpts, and a good sense of color, even on these fairly basic decos.  I am a little disappointed the new figures are only 4″ scale– the original Power Lords were among the first action figures to dare reach 6″ back in the day– but they look so good I don’t really care about scale.

Check out some images, and more details from the Horsemen below:

“Here are a couple shots of the Power Soldiers we’ll be selling at Power Con during the show and on Store Horsemen the Monday after the show. Each fully articulated and Glyos compatible figure will be 4″ scale, will come in numbered poly-bags, will come with both the staff and rifle, and will be $10.00 each with no limits on amounts purchased.” 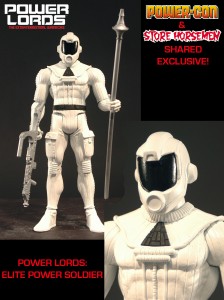 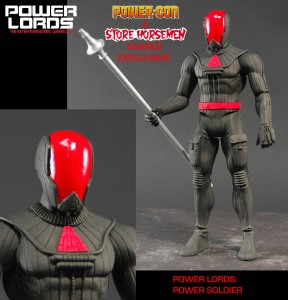