The Four Horsemen Are Coming to X-Men: Apocalypse 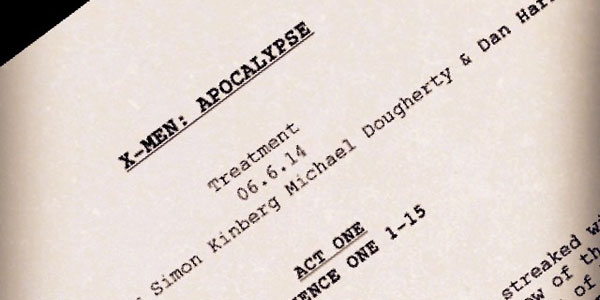 Famine, Death, Pestilence and War will all be in the next big screen outing for the X-Men.

It’s probably not a huge surprise, but Bryan Singer has basically confirmed that the Four Horsemen– the warriors serving under the new big bad guy Apocalypse– will appear in the next X-Men movie.  The director shared a photos of the X-Men: Apocalypse script on Instagram which suggests the movie will start off with the Horsemen in ancient Egypt, wreaking havoc (but not Havok, that guy is still AWOL after skipping out of the Army).

In the X-Men comics, Apocalypse’s Horsemen are mutants who he transforms into the monstrous warriors that serve under him.  Most notably from the books, Angel was turned into Death the first time our heroes encountered Apocalypse, twisting the winged hero into the dark Archangel (he got over the evil part, although he kept the blue skin and metal wings for quite a few years).

Since Angel was such a minor character in the X-Men movies, I’m assuming someone more noteworthy will become a Horseman instead.  I like the theory floating around that Wolverine will be the one turned into Death, which could be a way the movies give him back the adamantium bones and claws which he avoided getting at the end of Days of Future Past.

There’s a couple mutants planned to appear in Apocalypse who have actually served as Horsemen in the comics, including Gambit, so I’m curious if more than one of our hero characters will be turned, at least temporarily?  It’s also possible the Horsemen will simply be new characters, created for the movie.  But now we know for sure– they’ll be on the big screen in 2016.