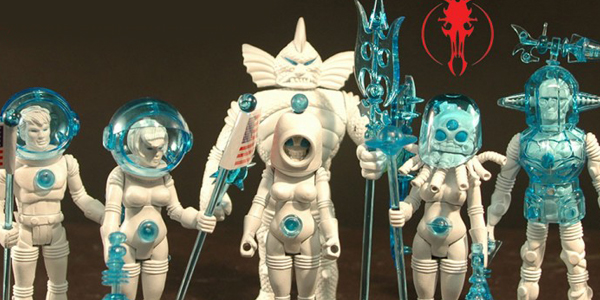 The Horsemen make their return to NYCC next month, and they’re bringing some cool new Outer Space Men variants.

At San Diego Comic Con this summer, the Four Horsemen teamed up with ActionFigureXpress to release an exclusive “White Star Edition” of the first few series of Outer Space Men.  With their ivory base color and blue translucent accessories, these variants looked amazing, and I’m glad to see the Horsemen return to this great deco for their New York Comic Con exclusives this year.

Attendees at NYCC can stop by the Onell Designs booth to be among the first to own the upcoming Wave 6 and 7 OSM figures in this exclusive deco.  While I’ve been waiting patiently for the Infinity Edition of these figures to show up, I’d be lying if I said these great looking exclusives weren’t tempting.

Read the official word from the Four Horsemen below, which also mentions they’re hoping to have some more exclusives to announce for NYCC… My fingers are crossed that maybe we’ll see another Power Lords pre-release, like the recently revealed Sydot variants?

The 2013 New York Comic Con is just around the corner and we’re once again going to have sets of exclusive Outer Space Men action figures for sale at the convention and up for sale on StoreHorsemen.com the day following the show. Also, with this release we’re experiment with a huge drop in price and sell the figures in sets and individually! To cut these costs, all figures will be packaged in poly-bags with “White Star Edition” stickers.

These figures will match the White Star Edition Outer Space Men figures that were sold by ActionFigureXpress at the 2013 San Diego Comic Con. AFX still has a limited quantity of those sets still up for sale, so if you haven’t gotten your set yet, go HERE.

We’ll be stationed at the Onell Designs booth at NYCC this year for a couple hours on Saturday (details coming soon), and we’ll have these figures there for sale, as well as (hopefully) a couple other soon to be announced Four Horsemen goodies. Then, the following Monday after the show, these figures will also go up on Store Horsemen. Both sales will be very limited quantities, so be sure to get there early to make sure you get yours. Prices are listed below… 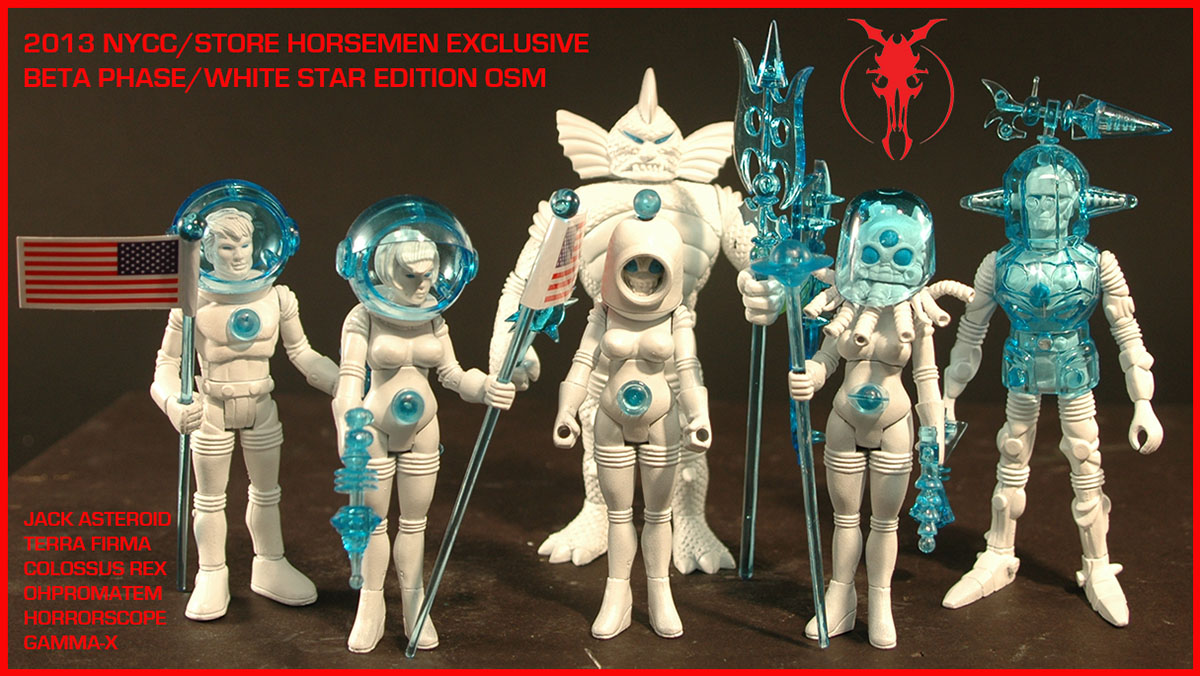