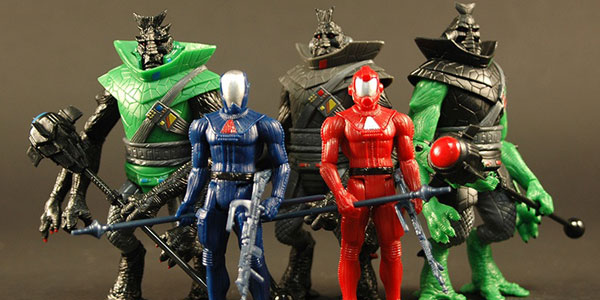 Five more warriors are almost ready to join the battle.

2013 saw the release of three “waves” of Power Lords from the Four Horsemen– two pairs of figures exclusive to Power Con and NYCC, followed by a set of slate-hued soldiers at the Horsemen’s website.  I assumed that would be all the variant figures offered before the line would launch proper, but it looks like we’re getting another round of alternate colorways first.  And they look great!

The Horsemen revealed these new figures on their website, along with the message that all would be available soon.  The red and blue Power Soldiers might be the best looking colors yet, equally appealing to GI Joe and Red vs Blue fans.

I love the green and black colors on the Gripptogg variants.  Although, since each one gets a unique headsculpt here, I guess they’re not all the same guy?  I’m cool with that, too.

At this point, I’m more than ready for the Power Lords series to kick off for real– I want classic colors Adam Power and Sydot and the rest.  But these variant designs the Horsemen keep cranking out look so cool, I have a feeling this line will be much bigger than I had anticipated.

Check out more pics of the latest Power Lords figures below: 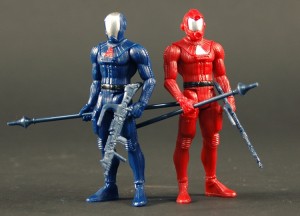 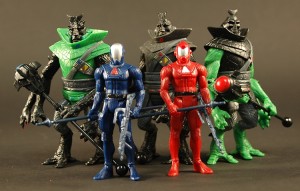 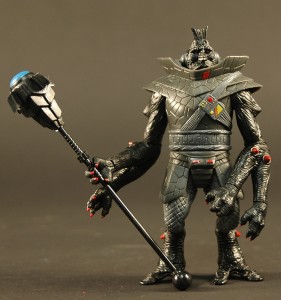 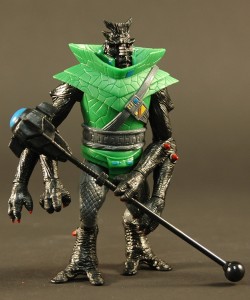 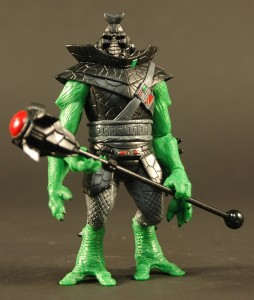 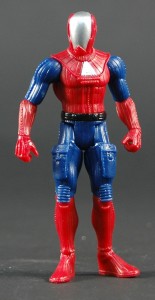