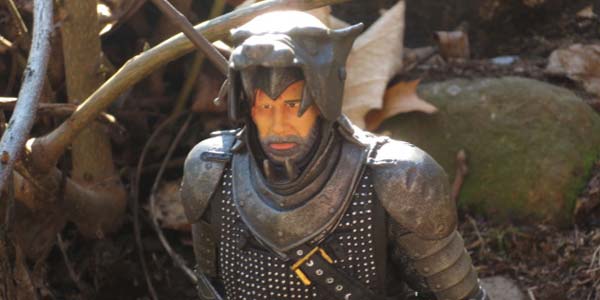 It’s no big secret that sometimes the bad guys are the most interesting characters, and that’s especially true in the duplicitous and shady world of Westeros.  There aren’t many heroes in Game of Thrones, but there sure as hell are some intriguing villains.  One of the best was The Hound (AKA Sandor Clegane), the former Baratheon bodyguard who went rogue after the Battle of Blackwater, only to join forces with Arya Stark as the two journeyed the countryside.

The Hound was big and brutal, a vicious fighter, but not one without his own code of conduct, which made him as compelling a character as did his iconic as all get-out dog-shaped helmet.  Dark Horse’s Hound figure is a perfect representation of the younger Clegane brother, depicting The Hound in mid-stride, one hand on his ever present broadsword, with that helmet covering his head.

While I love the helmet– especially the hinged visor, the first actual point of articulation in Dark Horse’s overall figure collection– I’m a bit bummed that the Rory McCann portrait winds up mostly obscured, because what we get is very good.  The Hound’s face looks perfect, capturing all his anger and pain brewing just beneath the surface, and we get just a hint of the disfiguring burns on the side of Sandor’s face.

In the HBO series, The Hound only wore one outfit, a full suit of heavy, well-worn chainmail, and the Dark Horse figure is packed with screen accurate detail.  The texture in the chainmail is great, but I am particularly impressed with the scratches, scuffs, and dents sculpted into his shoulder, arm, and leg armor, which lends a perfect sense of realism and lived-in detail to the overall figure.

There’s been a bunch of winners in Dark Horse’s Game of Thrones line, but The Hound is among the very best.  In a perfect world, I would have loved to see his helmet be removable, or a second, unmasked head included, but it’s hard to criticize a figure with this level of detail and overall quality.  Especially at a retail price of under $25, The Hound by Dark Horse is one of the best collectibles out there based on this fearsome yet fascinating character. 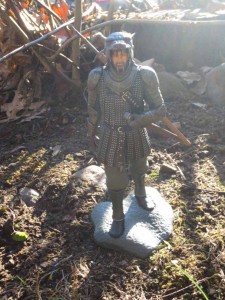 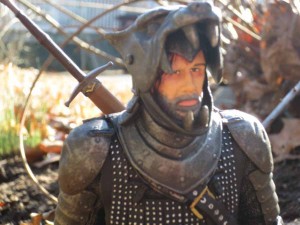 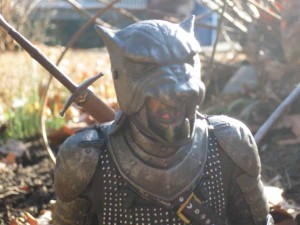 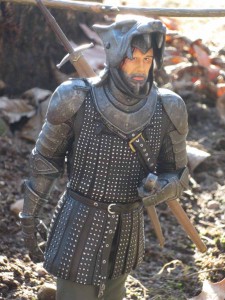 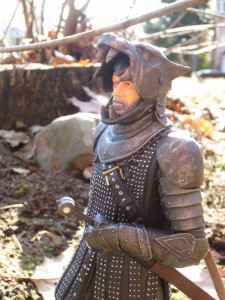 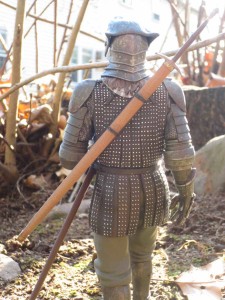 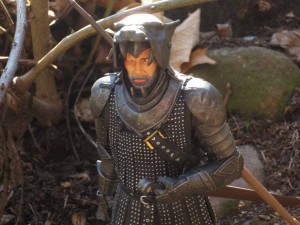 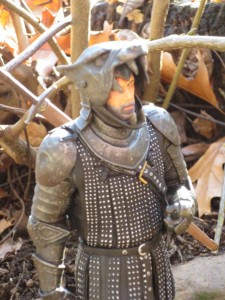 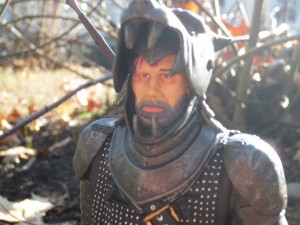 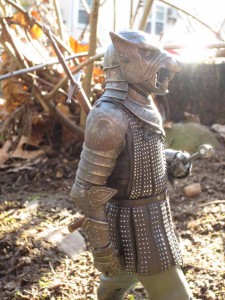 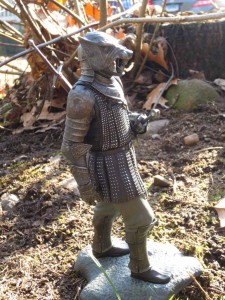 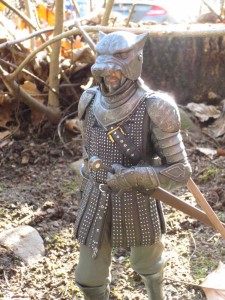