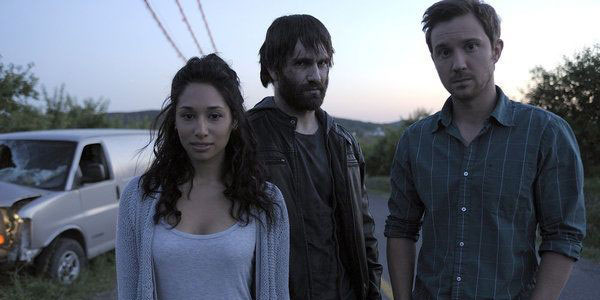 Zombies, witches and sick vampires, oh my. The hit series Being Human has returned this week on SyFy. What does the trio of monsters have in store for us this season?

The third season opener was full of where are they now moments giving small hints on what happened to our tortured trio since the finale last spring. As of last May Aidan was buried, Josh and Nora were on their way to be cured, and Sally was stuck in limbo.

When the show opens viewers find out fifteen months have passed and the world is very different. A virus has been killing off all the vampires, Sally is stuck with Nick and Stevie in limbo trying to find a way out, and Josh has been trying to hold it all together dealing with his own curse.

Aidan has gone a little crazy while under ground. In his mind everything is fine Sally is home, Josh is cooking and all is right even though the world is vastly different. His unearth as a lost hope of the Dutch to save the vampire race. They think Aidan’s blood is untainted by the virus giving, them a way to cure everyone. As the show progresses they find out his blood alone is not enough.

We are also told through flashbacks that Josh and Nora did kill Ray. And when it is time to change after the murder Josh is cured, but Nora is not. It proves that the theory that killing the one who turned you will free you. For a moment it seemed Josh would finally be free of his guilt, but no such luck he has to live with the fact his girlfriend is cursed because of his mistake.

Sally is stuck in limbo, throughout the episode Josh and Nora try bring her spirt back, but each try is met with failure. When they try every last psychic in the area they end up turning to a witch. After finding some ingredients need by the witch they find out she is not only going to bring back Sally’s spirt but her body as well.

The episode wraps with Aidan being worse off then being buried, Josh living with his guilt, and Sally brought back to life.

Could this be a season where the ghosts, vampires, and werewolves take a back seat to witches and zombies?  Only time will tell.