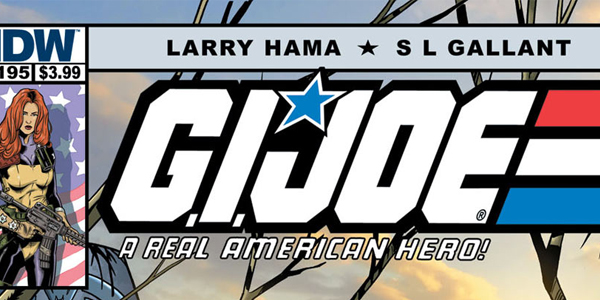 Can the Joes Pull off the rescue against unknown assailants?  Will Khan Be found guilty of crimes against humanity? 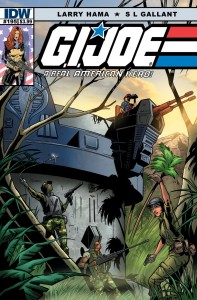 Grunt along with, the president of Sierra Gordo, the American ambassador, and a marine are captured by a small band of rebels led by the Cyborg who killed Cobra Commander’s son. The Joes set out on a rescue mission to save the hostages, but they are walking into a trap. Cobra secretly made a pact with the band of rebels to take down the Joes. With the 3 teams captured it’s up to Lt. Falcon the other Joes to save the day.

As usual Hamma takes underrated characters, and gives them a purpose. Characters like Mainframe, Spirit, and Cross Country are now are taking a front seat in the war against Cobra. The Joe-verse has such a diverse group of characters that sometimes the best characters are the least known. Of course what is a Joe book without a couple ninjas thrown in like Jinx and Peony. A mixture of action and story make this a must add to a comic collection. 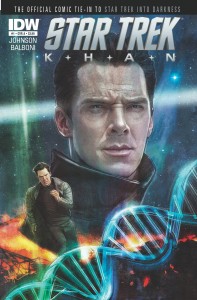 We open up to a courtroom waiting to try Khan for his crimes against humanity not the federation. Kirk and Spock are asked to be a part of the trial. Kirk delivers an opening statement and asks for Khan’s true identity. The authors offer an answer in the form of flashbacks. Readers are transported back to the 1970’s, several kids being taken to a facility offering them new hope in life to be trained and combat killers. Kahn being one of these children, begins to display strong traits in learning and wanting to move beyond his abilities and testing himself to see what he is capable of. After a short time he finds his way out of the facility in an attempt to escape only to discover he has been surgically implanted with a neural inhibitor to prevent them from doing harm. Years pass and the doctors believe that the children now grown are ready to be a part of the world outside of the facility. Only to discover they have removed the neural chips, and are setting out on their own path.

Inspired by Star Trek In to Darkness, a story like this gives answers to the question where did Kahn come from. He was just a poor ordinary kid taken, and given super drugs that give him the ability to heal and remain youthful. An added bonus to fill the void between movies.

A collection of original TMNT issue 8-11 plus the micro series of Donatello, Michelangelo, and Leonardo all in one book. A must have for Turtle fans.

And if your in the Columbia, MD area stop by Comics To Astonish to pick up this weeks releases.