IDW Picks Of The Week 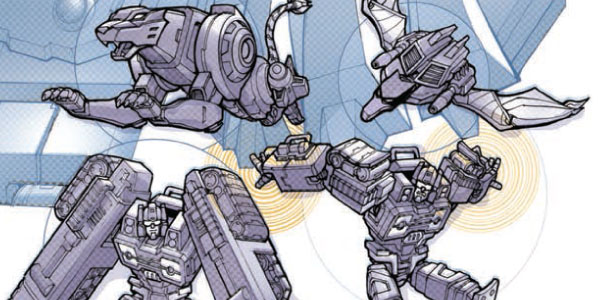 Can the Decepticons Regroup after the decpention of Shockwave? Can the Joes prevent a bloody war from taking place? Find out in this week’s IDW roundup. 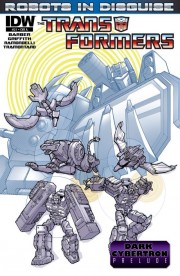 Soundwave left holding the reigns of the Decepticons ,after the betrayal of Shockwave to the Decepticon Cause created by Megatron and the coward Starscream leaves the Decepticons to reign over the city of Iacon casting out both  Autobots, and Decepticons , attempts to find ways to  rebuild the Decepticon army.With Dreadwing disputing leadership Soundwave is forced to battle again to control the decepticons only to find outShockwave had reasons for abandoning the group and now its up to  Soundwave to take whatever Shockwave was working on for the greater good of Megatrons dream, Freedom through Tyranny.

Great start to a New story Arc Soundwave a long standing character in the Transformer Universe deserves his own story line, and it’s been a long time coming. A must read though a tad confusing with the several flash backs thrown into the story line, however they make sense in the end adding a back story to the current story line. 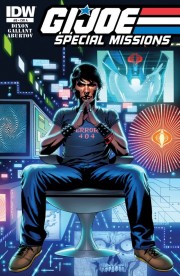 What started out as a hockey brawl on the floor of the United Nations quickly escalates into a show of power from two former Soviet republics. With an attempt on the life of the one man who can bring peace to the feuding countries all signs point to Cobra’s involvement leaving the Joes wondering what’s Cobra interest in starting a war. Meanwhile Mainframe plays hack wars with a yet named cobra agent in charge of killing the peacekeeping Dr Mochault. After going back and forth with malware and virus’s the agent shows his hand with a cobra drone sent in to blow up the hospital. Its up to mainframe to stop the drone from send out a EMP signal shutting down most of Paris.

Great story with twists,and turns and the computer geeks trying to outdo each other. Special Missions delivers a special story comparable to the likes of ARAH. The use of uncommon characters in the Joe verse breaths new life into underused characters, and adds variety into the Joeverse.

Both these books can be purchased at your local shops like  http://www.collectorscornermd.com/