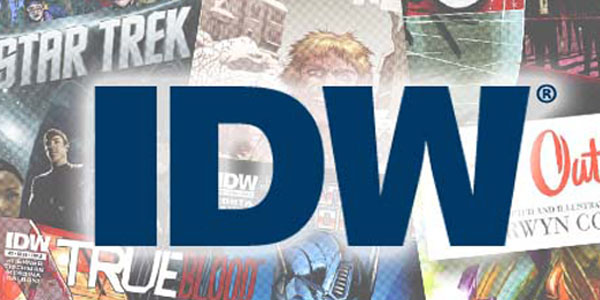 Can earth survive the dead raised by an alien invader? Can the samurai known as Jack return to his own time? FInd out in this week’s IDW wrap up 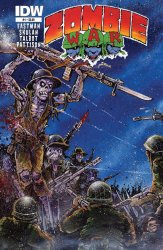 This was a blood bath of a good time. Jina a pilot crosses path with an alien sent here to raise our dead and destroy earth. Why? Years ago a satellite exploded near his home planet sending toxic particles that killed his people. The alien known only by his nickname of Spud given to him by Jina, realizes not everyone on Earth was responsible, and because Jina shot him down now has no control over the dead. The army of dead are all from military burial grounds in major countries. Now out of control the leader only known by his Spartan helmet, has zombies wreaking havoc on earth and no one is safe. Jina and Spud must now fight to survive, and find a way to stop the war.

A great read for the zombie fans. Lots of action, blood, and gore. Written by Kevin Eastman& Tom Skulan. The artwork gives the book a classic  Eastman  type of feel. This book has Halloween horror written all over it. 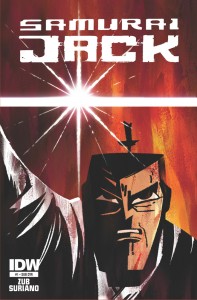 Jack is stuck in the future sets and out to find a way to get back to his time to take revenge on Aku, the shapeshifting master. In order to return to his own time Jack must go on a quest for the golden threads of time. If he finds all the threads he can rewind the rope, and rewind to his place in time. The first string he finds is in a spider hole called the Warriors Entrance. Jack slips finding himself in an arena where he must do battle with other warriors. At first Jack is hesitant to fight until he realizes the thread he is looking for is behind the leader Dreezun in the web. Realizing his only choice is to fight, Jack excepts Dreezun’s offer to do, but instead fighting one warrior at a time Jack decides to face them all at once. Defeating all the warriors angers Dreezun, but his honor and mind recognizes Jack’s warrior heart and lets him go. Jack takes the golden thread as his reward and proceeds to leave.

Fans of the show will enjoy the comic as well. The comic lives up to the hype and makes for an enjoyable read. Artwork stays true to the show as well. A must have for Samurai Jack fans

Being this is October and fans are always looking for a great scare. Pick up The Other Dead issue 2 zombie animals gone wild, and Haunted Horror volume 7 for scary good times.