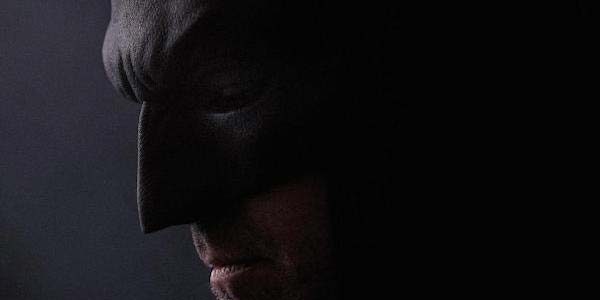 To celebrate Batman’s 75th anniversary, DC is displaying many of the batsuits of the past at Comic Con.  Also, they are displaying the suit to be worn by Ben Affleck in Batman vs. Superman: Dawn of Justice.  But that’s not all– there’s also a new image of Affleck in the iconic cowl at the DC booth, and it’s now online as well.

I still really like the look of this batsuit, and while it’s kind of a bummer that we get a second, consecutive shot of Batfleck looking sad… at least we have confirmation that Affleck will keep his mouth closed for at least some of this movie.

How cool would it be, actually, if that was part of Batman’s secret identity?  Stern, sad closed-mouth Batman could never be mistaken for slackjawed billionaire playboy Bruce Wayne!  I doubt that will make it into the final cut, but a boy can dream, right?

Check out the new Batman image below (or fight your way through the hordes at Comic Con and see it there, I guess): 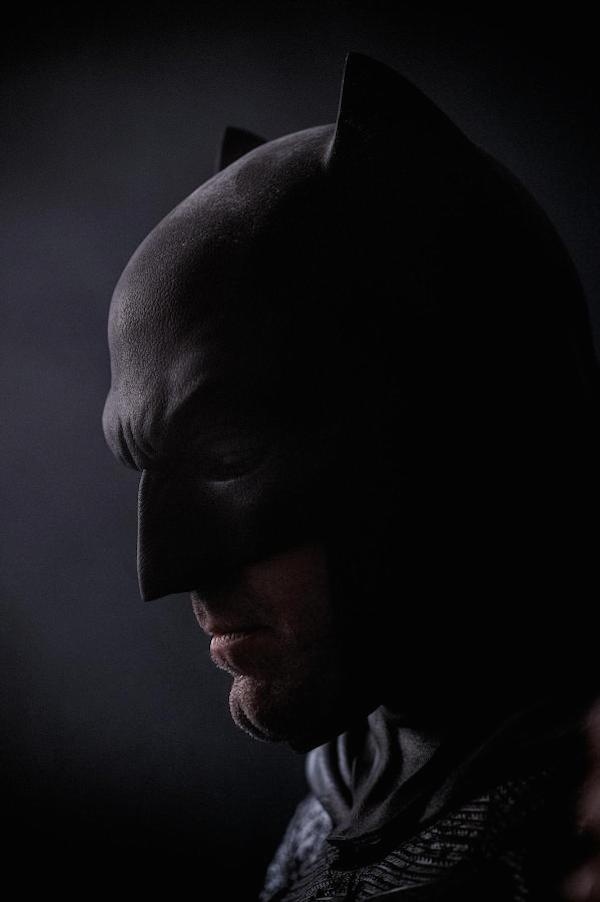