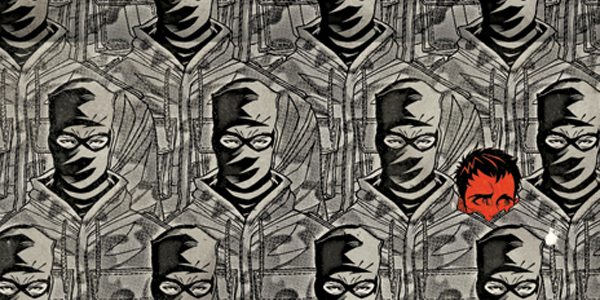 Do you like spies, covert ops, and secret agents?  How about all that wrapped up into an agency that trains and uses orphans to do the wet works? Well then look no further than Zero from Image Comics.

Writer Ales Kot takes you on an adventure with Agent Edward Zero a young man who is being trained to be a secret agent assassin. With art by Tradd Moore this book tells a great story and has some pretty graphic art when it comes to the kill.

This book represents the memoirs of Edward during his early years of training. Readers get to see him in a classroom setting with some children his age learning about war and strategies.Edward had it tough but he manages to keep his humanity and not become a robot like some of his other classmates. Each child has a “handler” that is a mentor of sorts that guides them through the missions and also acts as a go to person.  Edward’s handler (Roman) is stern but fair with him.After his first mission Edward was confused and Roman tried to console him.Knowing that it was wrong and the agency would frown upon it Roman moved the conversation on. You spend time with Edward as both an assassin and a child and you see how the writer (Kot) tries to make you see his struggle.

Kot did his homework before he wrote this book. He paid attention to details about spies and agents and it shows in the setting and plot. The end has a debriefing page and a classified “For Eyes” only page that really makes you feel like you were part of the mission. Can Edward maintain his humanity even after all the training? This book is not for the under 13 crowd due to some sexual innuendos and like I stated graphic kills from the assassins, but worth picking up for a compelling read.