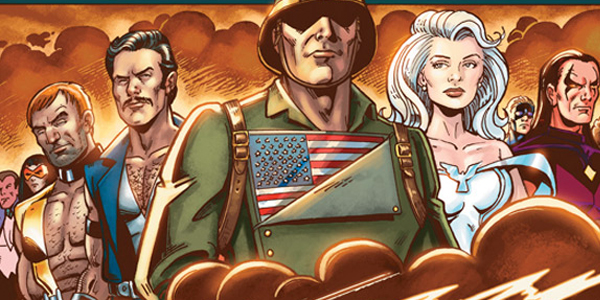 Image Comics gives us a story by J. Michael Straczynski about a WW II Solider that gets superpowers. OK before I continue I know what you’re thinking Captain America rip off huh? Well not really….

This book reads like X-Men meets the Watchmen meets the Justice League. The art in this book by Gordon Purcell, but looks a lot like Neil Adams. The splash pages alone you can tell that Purcell was greatly influenced by Adams. 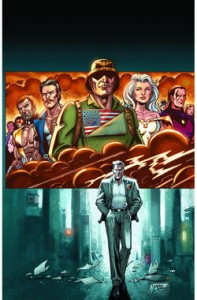 The events in this book are tied together by a lighting storm that is so freaky it stops people dead in their tracks. As it goes on you are told the history of the birth of the people with powers. The main hero, the Patriot, tells readers the story of the Protector’s Inc. and how the team was formed. Although he was never a full time member he was always there in need. He tells that all the people in Protectors Inc. had full disclosure to their identities and because of that he would not join full time.

With heroes like The Pulse, The Black Mask, Mr. America, The Huntsman, Shrieke, Lady Justice, The Blade, The Predator, and The Angel, you might  go hmmmm, but there was no real development to these characters except for short splash page.

This book was very interesting and it took a min to get into, but it looks like this may take off as they have merged just about everything we know about the big twos main teams. Give it a chance you may like the different take on some old school ideas!