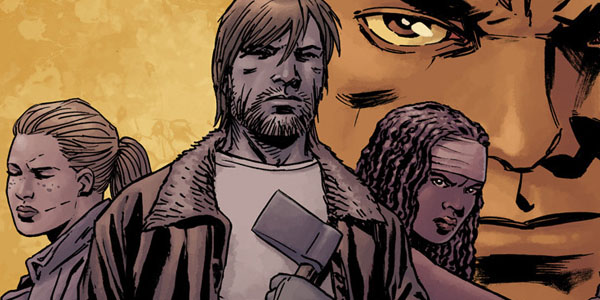 Can Rick bring together the communities and finally take down Negan? 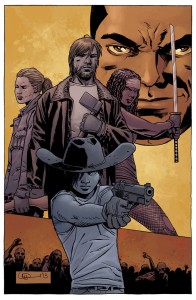 We open up with Rick in bed with Andrea, contemplating the upcoming days events wondering if he is doing the right thing by bringing war to Negans door step. Meanwhile Michonne has a night with Ezekiel, also preparing for the move towards war. With everyone gathered Rick goes over the plan one more time. Rick wonders what makes him any different than those enemies he has faced before he finds himself again the leader of the group trying to survive between tyranny and zombies. As the group stands at Negans door step Rick calls out to him to surrender and their families will be spared. Negan asking what becomes of him and the others who are being asked to surrender if they will die. Rick only says you kill you die his one rule. Negan refusing to accept the terms shows Rick he’s prepared with his own demands.

Walking Dead delivers another great story arc.The writing makes it easy to jump in,and understand what is going on. With the tension building for the unavoidable war between Rick and Negan one can only imagine the casualties that will come of this. Lives will be lost to deliver  a great story. Fill your show void with another great issue of The Walking Dead.