Image Comics is pleased to reveal that fans attending the Image Expo Spring Formal will be treated with a special screening of the pilot episode of OUTCAST, the forthcoming Cinemax TV series based upon the bestselling Image/Skybound series, OUTCAST BY KIRKMAN & AZACETA.

The television series was created by Image/Skybound’s own Robert Kirkman who also penned the pilot episode. The series premieres June 3rd on Cinemax and has already been renewed for a second season.

A limited number of tickets for Spring Formal are still available for purchase here.

Following the hour-long screening will be a cocktail hour with live art session featuringJim Mahfood and Jason Shawn Alexander.

A special Valkyrie crowning ceremony—emceed by New York Times bestselling artistBabs Tarr (The New 52’s Batgirl)—to honor the group’s devotion to expanding the comics audience and fostering community within the industry will kick-off the dance proper. THE WICKED + THE DIVINE’s Kieron Gillen and Jamie McKelvie will DJ the event. Attendees will take to the tiles to dance, mingle, knock back signature cocktails, and snap silly selfies in the photo booth.

Valkyrie members are encouraged to attend by submitting their credentials here for a complimentary ticket to the Formal.

Image Expo Spring Formal dance will be held on Wednesday evening from 8 p.m. – 12 a.m. at The Showbox Market theater and will celebrate diversity and community in the comics industry. The Formal will also highlight the Comic Book Legal Defense Fund’s important efforts to protect and promote diverse creators and their work.

Presented in the style and spirit of a traditional Spring Formal dance, attendees must be 18+ and are encouraged to don their formal wear for a night on the tiles with their fellow comics fans, creators, press, and retailers. Tickets available here.

The Spring Formal will follow on the heels of Image Expo. IMAGE EXPO 2016 will feature a line-up of some of the hottest names in comics and offers a uniquely experience for fans to have unprecedented access to the writers and artists behind their favorite comic books at exclusive autograph sessions and comic-focused programming. In addition, Premium Admission Ticket holders will enjoy an admission ticket to 18+ Image Comics’ Spring Formal dance—a chance to mingle with creators, press, retailers, and fellow fans, an Image T–shirt, an Image tote bag, EXPO exclusive variants, Priority seating, and access to the Premium signing. 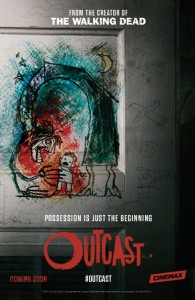