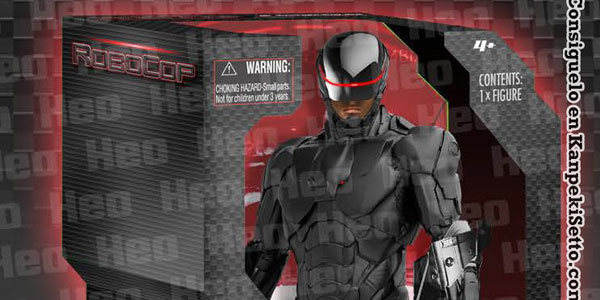 The first images of the toys from the upcoming Robocop have hit the web, and they offer a few details on what we can expect from the remake.

Spanish site KanpekiSetto has posted images of what appear to be mock ups and prototypes from the upcoming Jada Toys Robocop toy line.  The photos show a 6″ figure, a 12″ figure, an r/c motorcycle and a set of three 4″ figures, all based on the new riff on the cybernetic hero.

There’s a few interesting things to notice, especially since these are among the first really good shots we’ve seen of what the new Robocop actually looks like– First, I am SUPER glad they retained the red visor on the new outfit.  I’m assuming they’re adding this in post production, hence why the early images from them movie had Murphy with a boring black visor instead?

Also of note is Robocop’s hand, which seems to be very much human.  The big rumor is that in this new take, Murphy doesn’t die, so I’m curious if more of him will wind up being organic.  I can say it sounds like a bad idea, and the exposed human hand seems begging to be an easy target for bad guys.  There’s some talk that this is a way for Robocop to “Keep in touch with humanity,” but unless that human contact is a crass marketing idea cooked up by OmniCorp, it seems kinda lame to me.

The most interesting thing, though, is the 4 inch figures, which suggest we’ll be seeing at least three different versions of Robocop in the movie.  And the first version, only partially revealed here, has a pretty strong resemblance to the original design from the Verhoeven classic.  So I think it’s safe to assume a classic-looking Robocop WILL show up in the reboot, before it’s “sexied up” to become the much more bland modern design.

It’s funny that I keep pouring over every aspect of this remake, since I have so little confidence in it… The original Robocop is a true classic, and no sequel or reboot– no matter how terrible– can sully its memory (not for lack of trying).  As far as the remake goes, I’m still more curious than oppositional, although based on what we’ve seen so far I can’t say I’m very excited yet.

Check out the Robocop toy photos below: 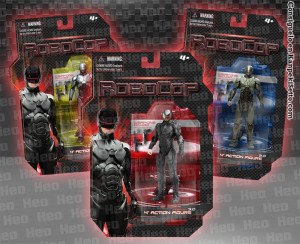 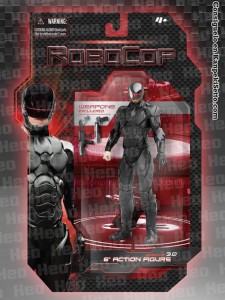 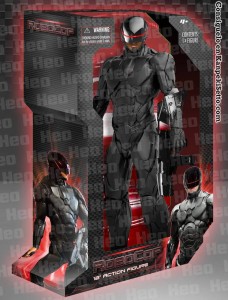 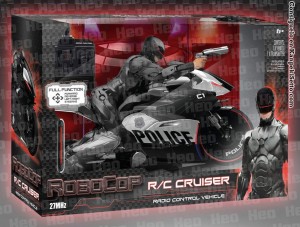